The underhanded attempt, in the waning hours of the Obama administration, to ship $221 million to Mahmoud Abbas’ Palestinian Authority, is now – surprisingly – on ice.

Officials say the Obama administration in its waning hours defied Republican opposition and quietly released $221 million to the Palestinian Authority that GOP members of Congress had been blocking. A State Department official and several congressional aides said the outgoing administration formally notified Congress it would spend the money Friday morning. The official said former Secretary of State John Kerry had informed some lawmakers of the move shortly before he left the State Department for the last time Thursday.

Two days later, in a report jointly attributed to its Middle East analyst Avi Issacharoff and to AP, Times of Israel said the cash transfer had been stopped:

The Trump administration has informed the Palestinian Authority that it is freezing the transfer of $221 million which was quietly authorized by the Obama administration in its final hours on January 20, a senior Palestinian source has told The Times of Israel. US officials conveyed to PA Prime Minister Rami Hamdallah on Tuesday that the funds were not expected to be handed over in the immediate future, said the source, who spoke on the condition of anonymity. On Tuesday, the State Department said it was reviewing the last-minute decision by former secretary of state John Kerry to send the funds to the Palestinians despite objections to the transfer by congressional Republicans. The department said it would look at the payment and might make adjustments to ensure it comports with the Trump administration’s priorities… [“Palestinians say Obama’s last-minute $221 million payout frozen by Trump“, Times of Israel, January 25, 2017]

To be clear, no one serious is saying the Palestinian Arabs don’t need aid or shouldn’t get it. (Without getting into the matter of their endemic and world-class corruption, anyone can see they have huge needs, massively wasted resources and a kleptocratic and vastly inadequate leadership. They ought to be getting help.) The problem is that foreign aid to the Palestinian Arab gets turned by them into something lethal and hideous.
We have devoted dozens of posts in this blog to the open scandal of European and United States funding of the terrorism-addicted Palestinian Authority whose payments program (click on Rewards for Terror to see them) for the benefit of convicted and imprisoned Palestinian Arab terrorists is one of the major factors in ensuring the carnage and devastation continues.

Now (without denigrating the fine efforts of other commentators like PMW) there’s a clear statement of how this works and why it should be stopped, via a well-crafted op ed in the Wall Street Journal:

Over the past 10 years, Washington has provided more than $4 billion in foreign aid to the Palestinian Authority. The goal has been to promote a government in the Palestinian territories capable of assuming the responsibilities of a sovereign state, including the recognition of the state of Israel as a legitimate member of the community of nations. The aid has focused principally on security and criminal-justice programs, U.S. Agency for International Development sponsored assistance for schools, health clinics, water and economic development, and generalized support for the Palestinian Authority’s budget. But unlike the many nongovernmental organizations that contribute charitable funds to the region, American assistance programs, while obliged to vet how the money is spent, have yet to ensure effectively that taxpayer dollars are not diverted to support acts of terror… [“Stop American Aid to the Palestinians Until the Terror Ceases“, David Aufhauser and Sander Gerber in the Wall Street Journal, January 27, 2017]
Aufhauser and Gerber note that in authorizing the funds transfer, outgoing Secretary of State John Kerry violated

an informal agreement with Congress not to do so… Lawmakers had good reason to oppose the transfer. Much like with the $400 million cash ransom paid to Iran last year, no meaningful effort was made to account for how the money was to be spent or to prevent it from being used to kill innocents. [WSJ again]

Does funding of the European and US kind bring about more acts of Palestinian Arab terror?

[T]here is no question that this is happening. First, the State Department has acknowledged the diversion in reports to Congress, as documented most recently in a Dec. 16, 2016, Congressional Research Service report… [M]oney is fungible, and it is sophistry to argue that funds provided for good deeds do not enable the bad deeds of the same political entity, particularly given the scarcity of resources. Second, the Palestinian Authority’s support for killing—such as the stabbing rampage that took the life of Taylor Force, a West Point graduate, in Jaffa, Israel, last March—is indisputable because it is codified in law. Statutes pledge to “martyr” families triple the income for life of the average salary in the West Bank, free tuition, health insurance and clothing allowances. So popular is the program of pensions for the maiming and killing of civilians that, according to its own 2016 budget, the Palestinian Authority dedicates more than 500 full-time civil servants to its administration, at a cost of around $315 million, or roughly 8% of the budget of the would-be Palestinian state… [WSJ again]

In another WSJ op ed last summer (quoted in our post “14-Aug-16: Who actually cares that foreign aid is diverted from needy Gazans to terror? Not who most people think“), the writer urges

a broader reassessment of American aid to the Palestinian government… The deadlier the crime, the larger the prize, up to about $3,100 a month, or several times the average salary of a worker in Palestine’s non-terrorist economy… No U.S. official can plead ignorance. Palestinian law has sanctioned these payments since at least 2004, specifying how much money is earned depending on the circumstances of the attacker and the body count. [WSJ, August 11, 2016]

Quick back-of-the-envelope calculation based on the data above:

(This quick calculation is meant to provoke discussion and serve as an indicator of how terribly wrong things have gone. But be aware that the assumption that the sole funder is the US is inaccurate. Europe gets “credit” for providing a large share of the funding for the scheme. If we had added European funding to the numbers, the value of foreign aid per dead Israeli victim would be far higher.)

Congressional ignorance is not part of the explanation for why this still goes on. In July 2016 (as we noted in “08-Jul-16: Violence, terror, cash and the PA Rewards for Terror Scheme: Congress takes a look“), the US Congress’ House Foreign Affairs Committee conducted hearings into how the Abbas regime’s payments scheme works. It was was told that about a tenth of the PA’s annual budget was spent on

“paying terrorists who attack Israelis and supporting their families… [T]he Palestinian Authority is investing $137.8 million this year in salaries to terrorists jailed in Israel and payments to the families of imprisoned terrorists or suicide bombers, in violation of the Oslo peace accords with Israel.” [“The Palestinian Incentive Program for Killing Jews“, Eli Lake writing for Bloomberg July 1, 2016]

There’s nothing especially sophisticated about how the PA hides the payment scheme. Dr Yigal Carmon, president of the Middle East Media Research Institute [MEMRI], described for committee members how

the PA transfers funds to terrorist prisoners in Israeli or their families using two Palestinian Liberation Organization funds. The financial support of these individuals is mandated by [Palestinian Arab] law. Prisoners must be provided a monthly salary ranging from $364 to over $3,000 during their detention, and salaries or jobs upon their release. Those who commit the most grievous attacks receive the most substantial monthly payments and are also entitled to jobs in the Palestinian Authority institution upon their release. [“Palestinian Authority Pays Terrorists and Their Families $140 Million a Year“, Morgan Chalfant in Washington Free Beacon, July 7, 2016]

One problem is that the payments to terrorists’ families are exceedingly popular these days. Ziad Asali, the president and founder of the American Task Force on Palestine, told me that in recent years the media and politicians have elevated these payments to something “sacred in Palestinian politics.” Asali said the Palestinian Authority president, Mahmoud Abbas, and others are too weak to stop it. “This is where we find ourselves now. The vast majority understand there has to be an end to violence; it’s not serving the Palestinians in any way,” Asali said. “But I think nobody really has the stature and clout to confront these issues publicly.” [“The Palestinian Incentive Program for Killing Jews“, Eli Lake for Bloomberg, July 1, 2016]

60% of Palestinians backed Arab-on-Israeli-civilian terror attacks… We believe, and the polling data bear it out consistently over years, that when columnists and analysts speak of the desire of Palestinian Arabs to live in peace, to get on with ordinary, quiet, constructive lives – as compelling as this interpretation is, the data don’t support it. It’s, to put it kindly, wishful thinking unsupported by any evidence and contradicted by what we can measure based on Arab pollsters. Anyone paying attention to the incitement pumped, generation after generation, into their communities and heads will not be surprised. What the people living on the other side of the fence are saying is clear, credible and measurable. Being optimistic about the prospects for the sort of painful compromise that leads to peaceful relations is counterfactual and foolish, as much as we wish it were otherwise. That’s a message we wish the public figures pushing their literally-hopeless “peace plans” would internalize. [“15-Jun-16: What do the Palestinian Arabs think?“]

It’s gotten worse since then. In December 2016, that 60% figure indicating “in favor of armed attacks and a return to armed intifada” had risen to 62% [see “15-Dec-16: What do the Palestinian Arabs think now?“]
The Obama administration (as distinct from the Congress) paid no noticeable attention to the impact of its Palestinian Arab foreign aid on people’s lives and deaths during its two terms. Now there’s a new regime in Washington. Will they do better? Will the Europeans?
A lot rides on the answers. 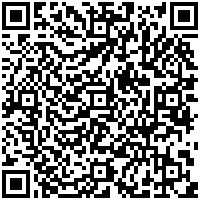