With the chareidi political forces now girding their loins to strongly oppose the proposed new IDF enlistment law, the voice of the middle ground is more important than ever, yet perhaps too soft to be heard at all.

TOV is the modern successor to Poalei Agudath Yisrael. TOV aims to assist the Haredi community face the social and economic challenges it faces today enabling community members to earn an honorable living, educate their children in excellent school systems while enjoying a good quality of life as other citizens of Israel.

However, the results were disappointing, as TOV did not succeed to win a seat in any of these elections.

In Beit Shemesh, where they were widely projected to increase their one seat representation at city hall to win two seats, the party garnered 1299 votes – shy of the 1355 needed for local party leader Aharon Solomon to win a single seat.

TOV’s stand together with Zionist candidate Eli Cohen, rather than the Chareidi mayor Moshe Abutbul, together with voter confusion at the ballots (TOV’s voting slip said עד, whereas Eli Cohen’s party, confusingly had טב), may have resulted in losing several hundred votes on election day.

However, with the overturning of the October 2013 election results, due to widespread and systematic fraud, by the Jerusalem District and then Supreme Court, TOV will now have a second chance to reach city hall in the new elections on 11th March.

Since the announcement of new elections, TOV have zig-zagged.

Initially Solomon publicly announced he would not be running; his number two, Rav Avrohom Leventhal, would therefore automatically take the number one slot on the party list.

Solomon then back-tracked, and retained his place at the head of the local list.

There was much back-and-forth about whether TOV should continue to support mayoral contender Eli Cohen, or the Shas Party incumbent Mayor, Moshe Abutbul.

This week, the party leadership decided the most pragmatic place for TOV to be, regarding endorsement of the mayor, is firmly on the fence, announcing: Tov has chosen to refrain from endorsing a specific candidate for mayor and encourages its voters to choose whom they wish for mayor of Bet Shemesh.  The Tov party has the unique position to be a bridge between the diverse communities in our city who yearn for achdut and harmony.

Furthermore, TOV have pushed that their voting slip is עד, not טב, hoping to avoid TOV supporters inadvertently voting for another party.

..the party members chose to run again for Bet Shemesh city council under the letters עד…. Remember that Tov’s letters on the ballot are עד

I wish TOV the best of luck in the new elections – the TOV middle path between the two power blocks of the Chareidim, backing Moshe Abutbul, and Zionists, backing Eli Cohen, in the contentious Beit Shemesh – is admirable.

Particularly against the backdrop of the gathering storm clouds over the Enlistment Bill, and the increased polarization between the Chareidi establishment, and the rest of the country.

Even if it is apparently not so popular with the voters. 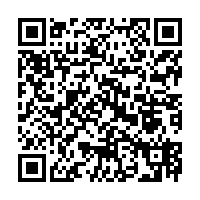