Once again, Israel’s Coronavirus Cabinet ended a marathon session Wednesday evening with a decision to put off making any decision until its meeting next week.

The meeting was started, however, by Prime Minister Benjamin Netanyahu saying that restrictions are going to be lifted in less than nine stages, albeit at a gradual pace. Towards the end of the meeting, the prime minister recommended trimming the nine steps of the exit plan to six steps. He also warned that at any stage, those same restrictions could be reimposed if the situation begins to worsen.


“Israel was ranked first in morbidity per capita in Europe. We imposed a lockdown and we came down quickly,” Netanyahu said. “The other countries of Europe that did not impose lockdowns and did not impose tough restrictions – went up quickly. Belgium, the Czech Republic, the Netherlands – all these countries now have higher morbidity than ours, other than Germany, which is also going up.

“Therefore, we now need to do three things. First, to preserve the success of the lockdown, which has been achieved with your help, citizens of Israel. You made a great effort here and I thank you. Second, to transition from stage to stage gradually. There will not be nine stages, there will be fewer, but they will be gradual. Third, if we see that there is an increase again, which is now happening in European countries, we will be compelled to re-impose some of the restrictions. I am requesting your help because together we will succeed.”

Although the coronavirus rate of infection is still dropping nationwide, the caution being underlined by the prime minister, cabinet ministers and Health Ministry officials is reinforced by a report released Wednesday by the Coronavirus National Information and Knowledge Center and delivered to the ministers.

“We are currently seeing increased pressure to lift restrictions, in a manner similar to that which we experienced when exiting from the first lockdown,” the report warned. “Some advocate for removing restrictions on weddings, some focus on sports or hotels, and there are those who insist on schools or yeshivot.” The report raises the alert about a dangerous “win or lose” mentality that would “lead us to a resurgence in morbidity.”

The Health Ministry has released findings of a serological survey showing infection rates in children that are higher than they are in adults, according to Coronavirus Commissioner Professor Roni Gamzu. According to the survey, there has been a 400 percent rise in morbidity in children since schools opened in September. The data has contributed to vociferous objections over returning children to the classroom “prematurely” by some officials.

Health Minister Yuli Edelstein also reported Wednesday that within the past 24 hours, 1,165 people had tested positive for the virus out of 41,193 tests carried out, with a positivity rate of 2.8 percent. There were 591 patients listed in serious condition, including 229 people requiring ventilator support. As of Wednesday afternoon, the COVID-19 death toll in Israel stood at 2,278. Nearly half of those deaths have taken place in the past 30 days.

A Sefer Owned By The Sdei Chemed 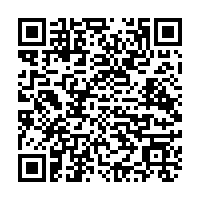