There’s a popular adage that tells us not to sweat the small stuff. Long, long ago our sages taught us we should not make an issue out of insignificant incidents that impinge on our kavod, our sense of honor.

In our society, however, it’s the reverse. When we suffer a slight, we are quick to protest, declare our outrage, and indignantly refuse to forgive or forget. (But if we inflict the hurt, we wonder what all the fuss is about. After all, it’s all “small stuff” – why is everyone getting into a sweat? So we dismiss it all with a wave of the hand.)

A mother and her teenage daughter came to consult me about a situation that was creating conflict at home.

“Would you like to tell me about the problem?” I asked, as they made themselves comfortable in my office.

“Problem?” the teenager repeated sarcastically. “I have no problem; it is she who is making the problem.”

“Who is ‘she’?” I asked, pretending I did not understand.

“She,” the girl snapped, pointing in her mother’s direction.

This interplay went on for a few minutes, with the girl stubbornly refusing to utter the word “mother.” Finally, she grudgingly conceded, “Okay, my mother” – but then flippantly added, “Rebbetzin, I don’t know what you’re making all this fuss about. She/he, mother/ father – it’s all the same.”

And then, to add insult to injury, chutzpah to chutzpah, she muttered under her breath, “This is the craziest thing, wasting all this time on such nonsense!”

“But it does matter,” I insisted. “It matters a lot. We can’t address your issues without first rectifying this grievous wrong.”

“This is really sweating over small stuff,” she said.

“What you consider ‘small stuff,’ I told her, “is a violation of the Fifth Commandment.”

“Give me a break! All people my age refer to their mothers as ‘she.’ ”

“But we are not everyone,” I told her. “We are Jews who stood at Sinai and have an imperative to live by the Law of G-d, and one of the basic tenets of our faith is to respect and honor our parents.”

“What does saying ‘she’ have to do with anything?” the girl asked.

For the first time, the girl was silent, but I wouldn’t let go. “I also heard you mumbling under your breath that I was wasting your time. Has it ever occurred to you the opposite may be true – that you are wasting my time?”

She stared at me without saying a word.

“If you were just a little less self-absorbed,” I continued, “you would realize that there are many people waiting to see me this evening, and you would apologize for taking so much of my time. After all, when we finish our talk you will get to go home, while I will remain here until I see every individual who needs to speak with me.”

“So why are you giving me so much time?” she asked me in a soft voice.

“Because honoring parents is the root of all our relationships,” I replied. “The manner in which we relate to our parents will color all our interactions, so if you cannot understand the difference between ‘she’ and ‘my mother,’ it means you don’t comprehend the basics of derech eretz. And without derech eretz, you will never know how to live by the covenant we Jews sealed at Sinai. You will never know a good marriage and a peaceful home, and your children will suffer the consequences because your chutzpah will define their lives.”

We spoke a while longer, and she finally did listen, although I sensed she still had a belligerent attitude. I got up from behind my desk and reached out to her, but even as I did so I felt her resistance. Nevertheless, I enveloped her in my arms, gave her a berachah and a kiss, and said, “Now let’s start all over again.”

At that point I saw tears in her eyes, which told me her Yiddishe neshamah had awakened.

To be sure, I could have avoided the entire confrontation by ignoring her insistence on referring to her mother as “she.” But I grasped that this disrespectful attitude toward her mother was a symptom of other, even more serious, issues. Sure enough, her mother said “she” was actually a good word compared to some of the other terms her daughter used when referring to her.

Yes, it all starts with the “small stuff” which, if allowed to go unchecked, can poison relationships. If a parent becomes just an object, children will have license to say or do anything they wish. Children do not feel duty-bound to honor a “he” or a “she.” But when it is “my mother” or “my father,” it’s an entirely different story. In short, a breach of derech eretz leads to escalation of chutzpah, which leads to family breakdown.

Let us examine our relationships and pay special attention to areas we consider “small stuff. ” Chances are we’ll discover the “small stuff” is not so small after all. 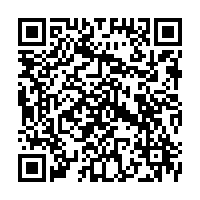