It is time for Israel to formally abandon the so-called two-state solution as well as the concept of a Palestinian state and instead push for the complete Israeli annexation of the West Bank and retaking of the Gaza Strip, Israeli politician Moshe Feiglin contended.

Feiglin is chairman of Israel’s Zehut Party and a former Likud Knesset Member.

In a wide-ranging interview, broadcast Sunday on this reporter’s weekend talk radio program, “Aaron Klein Investigative Radio,” Feiglin outlined a three-point plan for Israel to “annex the total territory between the Mediterranean and the Jordan river.”

He was referring to Israel asserting full sovereignty over Judea and Samaria – territories commonly called the West Bank – as well as the annexation of the Gaza Strip.

Feiglin blamed Netanyahu and the right-wing in Israel for “failing” to propose a viable alternative to the two-state solution. “The only reason that the Trump government will go to that concept of a two-state solution is because of Israel,” Feiglin posited.

Feiglin contended that the foundations for the creation of a Palestinian state rest on wrongful information that claims Israel is occupying Palestinian land. “This is our land,” he exclaimed. “We are talking about justice and not just realpolitik or pragmatism. … This is our land more than 3,000 years already.”

“These territories carry our identity,” he stated. “When you are walking the [Tomb of the Patriarchs and Matriarchs] in Hebron, 4,000 years of Jewish identity sticks to your shoes. You cannot run away from it.”

The politician argued that Israel’s past willingness to give up places like Hebron and other towns in Judea and Samaria that are steeped in Jewish history and identity constitutes “an inner identity conflict of the Jewish population in Israel and it has nothing to do with anyone else.”

As for the Palestinians, Feiglin’s plan would grant them three options:

Feiglin says he believes that many Palestinians will take the second option, citing numerous polls showing a sizable portion of the Palestinian population would chose to emigrate elsewhere if given the option.

The detail, being brought to light herein, may raise immediate questions about the origins of the dossier. The oligarch, Oleg Deripaska, who had a reported business dispute with former Trump campaign manager Paul Manafort, is closely tied to Putin and has long been viewed as pushing Russian national interests.

Already there have been questions about Deripaska’s possible relationship with dossier author Christopher Steele amid reports that the billionaire may have served as a source for the dossier itself.

Also, recently leaked text messages show extensive communication between a Russia-connected lawyer and Sen. Mark Warner, the top Democrat on the Senate Intelligence Committee. The attorney, Adam Waldman, was a paid lobbyist for Deripaska. The messages show Warner attempted to arrange a meeting with Steele through Waldman.

Senate Judiciary Committee Chairman Charles Grassley recently sent a letter to an attorney believed to be working for Deripaska asking whether the lawyer had hired Steele’s private firm, Orbis Business Intelligence Limited, to do work on behalf of Deripaska. A recent New Yorker article profiling Steele also raised the possibility that Deripaska was one of Steele’s private clients.

At a hearing last month, Sen. Tom Cotton (R-AK) asked FBI Director Christopher Wray whether there was information that Steele was working with Deripaska when he compiled the dossier. Wray responded that he could not answer the question at a public hearing.

A January letter from Grassley sent to John Podesta, who served as chairman of Hillary Clinton’s 2016 presidential campaign, asked Podesta to provide the Senate Judicial Committee with correspondence with numerous individuals, including Deripaska. That same letter was sent to the Perkins Coie law firm, which represented Clinton’s campaign and the Democratic National Committee (DNC). Steele was commissioned to produce the dossier by the controversial Fusion GPS opposition research firm, which was paid for its anti-Trump work by Clinton’s 2016 campaign and the DNC via Perkins Coie.

While questions surround Steele’s possible ties to Deripaska, the news media and legislative investigators may have missed a confirmed link between Deripaska and a State Department official involved in passing anti-Trump claims to Steele during the period that the dossier was compiled – namely Winer.

After his name surfaced in news media reports related to probes by House Republicans into the dossier, Winer authored a Washington Post oped in which he conceded that while he was working at the State Department he exchanged documents and information with dossier author and former British spy Christopher Steele.

Winer further acknowledged that while at the State Department, he shared anti-Trump material with Steele passed to him by longtime Clinton confidant Sidney Blumenthal, whom Winer described as an “old friend.” Winer wrote that the material from Blumenthal – which Winer in turn gave to Steele – originated with Cody Shearer, who is a controversial figure long tied to various Clinton scandals.

The Steele dossier was reportedly utilized by the FBI in part to conduct its probe into Trump over unsubstantiated claims of collusion with Russia. According to House Intelligence Committee documents, the questionable dossier was also used by Obama administration officials to obtain a FISA warrant to conduct surveillance on Carter Page, who briefly served as a volunteer foreign policy adviser to Trump’s campaign.

In 2005, Deripaska hired the Alston & Bird law firm to lobby on his behalf, paying the firm about $260,000, according to disclosure forms obtained at the time by Reuters. The lobby work was related to “Department of State visa policies and procedures,” the documents state. Winer at the time was a partner at Alston & Bird. He was the individual who filed the forms to represent Deripaska. 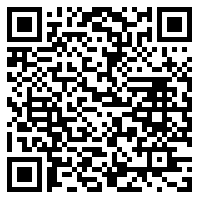