In this week’s parshah we read about Eisav’s sale of the birthright (bechorah) to Yaakov Avinu. The Torah tells us that Yaakov Avinu was cooking a lentil stew as Eisav came in from the field exhausted. Eisav notoriously said to Yaakov, “Pour into me now some of that very red stuff for I am exhausted.” Yaakov Avinu responded, “I will give it to you if you sell me your birthright.” Eisav responded that since he would die soon, the birthright was of no use to him. He sold it, thus “despising” the bechorah, as the Torah tells us.

Many commentators ask a strong question concerning this episode. There is a halacha that one may not sell an item for more than 1/6 of its worth. (So, for example, if an item retails for $60, one may not sell it for $70 or more.) If one does so, one has violated the prohibition of ona’ah and the sale is not valid. One may also not sell or buy an item for less than its worth (e.g., selling a $60 item for $50 or less). How, then, was the sale of the birthright valid? Yaakov Avinu only gave Eisav a pot of beans in exchange for his birthright. Wasn’t the birthright worth far more than a pot of beans?


In answering this question, Rabbi Chaim Shmulevitz, the late rosh yeshiva of the Mir yeshiva in Israel, reveals a fundamental principle that pertains to all the mitzvos we do. He explains that we cannot imagine the reward that awaits us for doing mitzvos in the World to Come. And yet, to a certain degree, the value of mitzvos and the reward one gets for performing them is particular to each individual. A person, in a sense, sets a price to his own mitzvos. If he treats them with respect, he will be awarded the maximum reward for them. However, if he despises them, they become the value he sets for them.

The Torah tells us that Eisav despised the bechorah. In his mind, it was only worth a pot of beans. Therefore, the sale was not invalid; Yaakov did not underpay. Eisav, who owned the bechorah at the time, set its price to be a pot of beans, and so that’s what it was worth for him.

This episode teaches us not to devalue any mitzvah. We should not, for example, view something else as more important than a mitzvah since doing so reduces its value.

I want to add one more thought from Pirkei Avos that touches on this topic. In 1:3, we read: “Antigonos of Socho received the tradition from Shimon HaTzaddik. He used to say, ‘Don’t be like servants who serve the master on condition that they receive a reward. Rather, be like servants who serve the master irrespective of any reward. And let the fear of heaven be upon you.’”

God created human beings in order to bestow goodness upon them. Yet “good” is only truly good when one earns it. We can understand this idea clearly from our own daily experiences. If a person receives more than he deserves, he will feel guilty and not truly enjoy it. It can even be destructive. Yet, today, more than ever, people are developing a strong sense of entitlement, which is both destructive and spoils the possibility of enjoying the fruits of one’s labor. One who focuses on consuming the fruits of another person’s labor eventually atrophies and wastes away.

One of the dangers in providing external motivators to encourage a behavior is that when the rewards cease, the behavior soon ceases as well. If you serve Hashem for the sake of external reward, then it really isn’t Hashem you are serving, but rather the reward. It is crucial to remember that our goal is not the delivery of a reward, but the delivery of the greatest benefit – a relationship with our Creator.

The Political Deadlock in Israel – The Tamar Yonah Show [audio] 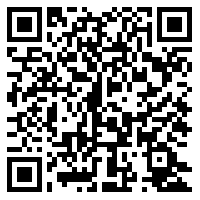