In an overnight drama, the leaders of Likud and Kadima, Prime Minister Benjamin Netanyahu and opposition leader Shaul Mofaz, concluded a deal to form a broad coalition government led by their two factions, and the cancellation of early elections called for by Netanyahu.

In the normal course of events elections would have been held in 2013. Netanyahu called for early elections to be held this September for multiple reasons. One of them may be that he didn’t want a repeat of the election of 1999, when he lost a close race for a second term to Labor’s Ehud Barak, who received overt and covert support from the Clinton Administration. By getting the elections out of the way while the Obama Administration would still be preoccupied with its own campaign, Netanyahu would have been in a stronger position to face a hostile second-term Obama, should he be reelected.


But both Netanyahu and Mofaz (whose Kadima party is polling very, very poorly) are beginning to worry about the rise of a “non-ideological” party led by Yair Lapid, a former TV news anchor. The present coalition is also struggling to find an acceptable solution to the issue of military service for Haredim (“ultra-Orthodox” Jews); the new coalition agreement stipulates that a bill on this subject will be presented shortly. There are also agreements on budgetary issues. Finally, I think Netanyahu would like to add Mofaz, with his considerable military expertise, to the Security Cabinet.

Shaul Mofaz, born in Tehran, came to Israel in 1957 and participated in all of Israel’s wars since 1967 (including the Entebbe raid). As chief of staff from 1998-2002 he was noted for the tough response to the Second Intifada, Operation Defensive Shield, in which Israel pacified Judea and Samaria. He recently defeated Tzipi Livni for the leadership of Kadima, the party which currently holds the largest number of seats in the Knesset (28), one more than Netanyahu’s Likud.

But is there a connection to a possible strike on Iran? It seems that if there is to be such a strike, it will be before the US elections, while Obama is constrained from acting strongly against Israel. A unity government, which would give Netanyahu a massive 96 Knesset seats out of 120, would certainly clear the decks for action. New elections in September, on the other hand, carry a burden of uncertainty, even though Netanyahu’s Likud party is leading by a large amount in the polls. In any event they would be disruptive.

Mofaz has made public statements that Israel should let the US take the lead in dealing with Iran. But he has not been as aggressive in his criticism of the PM and Defense Minister’s purported plans as, for example, former Mossad head Meir Dagan and former Shabak boss Yuval Diskin.

There is reason to be distrustful of international efforts led by the US to deal with the Iranian nuclear program. For example, Amos Yadlin and Yoel Guzansky write,

An additional round of talks between the P5+1 and Iran about the nuclear issue is due to take place in Baghdad in May. Despite a decade of unproductive dialogue, it is important to both sides that negotiations take place: Iran seeks to prevent even harsher sanctions, while President Obama wishes to postpone difficult decisions at least until after the presidential elections. Both parties want to prevent an Israeli strike…

A bad deal, one that the Iranians are likely to offer and that the international community would be tempted to accept, would include explicit legitimacy for Iran enriching uranium on its soil up to the 5 percent level but would not include removal of most of the already-enriched uranium from within Iran’s borders. The bad deal also would include not limiting the number or type of centrifuges and enrichment sites. Iran then would be able to continue securing its sites in a way that would make damaging them much harder than it is at present. With such a deal, Iran would be able to improve its chances of breaking out toward nuclear weapons in a relatively short time after making the decision to do so…

Israel would find it hard to live with a situation in which Iran could at any moment decide to break out toward rapid nuclear-weapons manufacturing thanks to an extensive nuclear infrastructure and a significant amount of enriched uranium. However, international recognition of the legitimacy of Iran’s nuclear capabilities would place Israel in a strategic dilemma. It would be difficult for Israel to justify any offensive move against these capabilities without support from America or important elements of the international community. [my emphasis]

The problem for Israel, then, is not only — as Defense Minister Ehud Barak has warned — that Iran might reach a “zone of [physical] immunity” in which its nuclear facilities are sufficiently hardened that an Israeli attack would not be effective. There is also a zone of political immunity which would be created by Yadlin and Guzansky’s “bad deal,” one which will remove support from Israel without ending the Iranian nuclear threat. 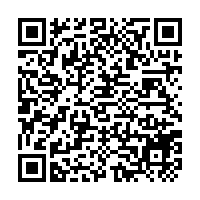