In honor of the wedding of Ya’akov Cohen, one of the confidants of Rabbi Shmaryahu Yosef Chaim Kanievsky, a leading Haredi halakhic authority living in B’Nei B’rak, Cohen published a collection of halakhic responsa by Kanievsky titled Pninei Si’ach (Pearls of Conversation). According to Kikar Hashabbat, one of the halakhic inquiries the great posek answered was whether it is appropriate for a Sephardi father to change his last name to an Ashkenazi sounding name in order that his children be accepted in a prestigious, Ashkenazi school.

The inquiry went: “A man whose last name is Sephardi and therefore the headmaster at the cheider (school for the early grades) would not accept his sons, and he (the father) knows that if he changes his last name to an Ashkenazi name they would be accepted — is that considered cheating?”


The posek responded: “It is not cheating, the main thing is to get them into the cheider.”

The Research Center of Haredi Society notes that stereotyped patterns of behavior, along with prejudice have been borrowed from the Israeli society at large and applied in the Haredi society, leading to an ethnic segregation between Mizrachiyim (Levantine) and Ashkenazim. The Oriental-Jewish segment of Torah scholars has been pushed to the margins of the Haredi yeshiva society. Sephardim may be considered an inseparable part of Haredi society in the eyes of the Lithuanian (the non-Hasidic), but they are not equal in terms of inclusion in the best yeshivas and acceptability for marriage. Many Ashkenazim make a distinction between “Haredim” and “Mizrachiyim.”

This is why Rabbi Kanievsky in making a halakhic ruling does not bother to condemn the ethnic segregation inside Haredi society, but instead advises the person making the inquiry on how to get around it. It does not mean that Kanievsky condones the segregation.

Rabbi Kanievsky may be the most “Zionist” of the great Haredi rabbis. In 2015 he told a newcomer from Lakewood, NJ that his Aliyah was a mitzvah and that everyone in Lakewood is commanded by the Torah to come now to the Land of Israel. On another occasion, also in 2015, he advised an acquaintance not to travel abroad because the messiah could be coming the following week.

He also opined in 2014 that the Jews who were murdered in a Har Nof, Jerusalem synagogue by Arab attackers were an atonement for the sins of past generations, making it possible for the messiah to arrive.

During the 1948 Israeli War of Independence, Rav Kanievsky, then a student at the Lomza Yeshiva, was conscripted for temporary army service in the general mobilization. He was assigned to stand guard on a large hill near Jaffa. 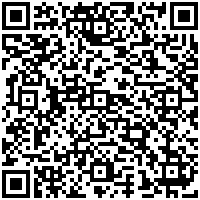