The discussion about the cost of a pre-emptive strike on Iran’s nuclear facilities is valuable only if intended to advance the attack and neutralize the possible retaliation by Iran and its allies. However, such a discussion is harmful, ignores precedents, plays into Iran’s hands and threatens Israel’s existence, if it reflects hesitancy, skepticism and fatalism, aiming to preclude preemption, and assuming that Israel can co-exist with a nuclear-armed Iran.

On May 12, 1948, the pre-state Israeli Cabinet decided by a vote of six to four to declare independence and include Jerusalem within Israel’s boundaries, despite internal opposition and pressure by the U.S. and despite a terrible price: The U.S. withheld military aid, threatened economic sanctions and surmised that the declaration of independence would result in a second Holocaust, this time at the hands of the Arabs. Prime Minister David Ben-Gurion refused to abide by the American pressure to postpone the declaration of independence by a few years, knowing that such a delay would be tragic in the long run, and that independence exacts a painful price.

On Oct. 5, 1973, the eve of the Yom Kippur War, Prime Minister Golda Meir rejected the option of a pre-emptive strike to repel the clear and present danger of a joint Egyptian-Syrian attack. She was concerned about the cost of such a strike — namely appearing as the aggressor and severely damaging ties with the U.S. — and preferred to be portrayed as the victim. However, the terrible, long-term cost of that war has been far greater than pre-emptive action would have been. As expected, Israel was not viewed as a victim, but rather as a country that lost the “spirit of the Six-Day War,” eroding is own deterrent power, and undermining its position as a strategic asset for the U.S.

In June 1981, on the eve of the destruction of the nuclear reactor in Iraq, then Prime Minister Menachem Begin weighed the cost of a pre-emptive strike versus the cost of inaction. The heads of the Mossad and Military Intelligence, former Defense Minister Ezer Weizman, opposition leader Shimon Peres, Deputy Prime Minister Yigael Yadin, Israel’s national security adviser and the Head of the Atomic Energy Commission all opposed striking Iraq. They presented apocalyptic scenarios that would result from such action: an irreparable rift with the U.S., harsh sanctions, conflict with the Soviet Union and Western Europe, reconciliation between Muslim countries and a pan-Islamic attack, threats to the peace treaty with Egypt and other doomsday events. They underestimated the probability of a successful pre-emptive attack and overestimated Iraq’s military capabilities. Some claimed there was a greater chance of seeing Israeli pilots being dragged through the streets of Baghdad than being welcomed back to their bases. But, Begin decided in favor of a pre-emptive strike, determining that the cost of restraint could be far greater than that of a pre-emptive strike; that a nuclear threat would subordinate Israel both politically and militarily; that a nuclear attack could not be ruled out considering the violent, unpredictable and hateful nature of regimes in the region, and that the ratio of Israeli territory to that of surrounding Arab states (0.2%) did not allow for a Mutual Assured Destruction. Begin understood that the window of opportunity for a strike against Iraq’s nuclear reactor was about to close. The destruction of the reactor drew short-term isolation, which was promptly substituted by a long-term strategic esteem and cooperation.

In 2012, after a decade of failed attempts at engagement and sanctions, and in light of the assistance (in terms of development and acquisition) Iran has received from Pakistan, North Korea, Russia and China for its nuclear program, Israel must decide between launching a pre-emptive attack to eliminate that threat or facing it. Opponents of an attack warn that it could potentially result in a harsh response from Iran, Hezbollah and Hamas, and international anger directed at Israel over higher oil prices, a wave of terror and Persian Gulf turbulence. Yet, these pale in comparison to the lethal cost of a nuclear threat, which includes a withdrawal of overseas and Israeli investors from the country, a record number of Israeli emigrants and a sharp decline of Aliya (Jewish immigration), dwindling tourism, intensification of military-political-economic dependence on the U.S., a more powerful and influential Iranian regime that takes control of the Persian Gulf , and the transformation of Israel from a strategic asset to a strategic liability. Israel would wither without even one nuclear warhead needing to be launched.

The discussion about the cost of a pre-emptive strike on Iran’s nuclear facilities is valuable only if intended to advance the attack and neutralize the possible retaliation by Iran and its allies. However, such a discussion is harmful, ignores precedents, plays into Iran’s hands and threatens Israel’s existence, if it reflects hesitancy, skepticism and fatalism, aiming to preclude preemption, and assuming that Israel can co-exist with a nuclear-armed Iran. 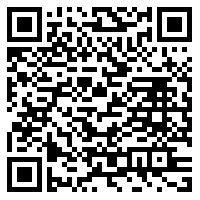