I have a particular respect for the second Lord Melchett, Henry Mond (1898-1949). My interest in him began simply because of the nearby street named after him, but then expanded when I did my research for a book, Assimilation and its Discontents about Jewish history.  And now he has illuminated, from an obscure 75-year-old book, the current international Jewish situation.

Let me start at the beginning. The first Lord Melchett, Alfred Mond, built on his own father’s success as a chemist and became an extraordinary business success. He died in 1930 and was succeeded by his son, Henry. Both men were strong and active Zionists, both in donations and in politics.

Despite Alfred’s support for Zionism, the family’s social ambitions he was raised in the Anglican church. After becoming the second baron Melchett, Henry returned to Judaism in his 30s.

The first piece of wisdom Henry taught me was a story he told that went like this. He and his wife were founders of Tel Mond and he was head of the British Agency for Palestine. Mond also tried to help Jews escape Germany.

When he was a Liberal member of parliament during the time of Nazi rule in Germany, Henry was asked, to his astonishment, why he spent so time for Jewish and Zionist causes. He replied that Britain had many people to defend its interests; the Jews had very few. Still, today more true than many people realize despite the numerous and often well-funded groups that do little or nothing effective.

But I digress. I hadn’t known that Mond had written anything much but today I pulled down a dusty book entitled Twelve Jews, published in that fateful year 1934. Mond’s contribution is a chapter on Chaim Weizmann.

What caught my eye was this passage:

“In 1933, when the Hitler menace struck Jewry the greatest blow it has received since the Middle Ages … Jews who had avoided Zionism like the Plague became supporters of the movement both in opinion and act. Weizmann had the extraordinary experience of addressing a meeting…on a platform where his two immediate supporters one either hand were L.G. Montefiore and Mr. Anthony de Rothschild, who had been signatories to a letter protesting against the Balfour Declaration as being impracticable and undesirable sixteen years previously.”

Now I don’t want to exaggerate but I suggest that the menace facing the Jewish people today is the greatest certainly since that time and the second greatest since the end of the Middle Ages. I will stress that it is a distant second but number two, indeed. The voices baying for Jewish blood, the fashionableness of antisemitic and anti-Israel rhetoric, are once again at a peak.

There is Iran’s nuclear program, the rising forces of openly genocidal Islamism, the threat in Europe and even America from certain sectors of society, the intimidation on some campuses, the intellectual ant-Israel and antisemitic sentiments stemming from the far left and even from “polite society,” as well as the advance of assimilation among other factors are deepening.

Personally, I am quite optimistic about Israel, far more than the Middle East or Europe. Yet, still many others aren’t.

So let me ask this question: Where is that solidarity displayed in 1933 today? Where are the people who have come out for the defense of Israel, even if they formerly lacked enthusiasm for it? Of course, I am not referring to those for which this statement does not apply. I am referring mainly to the intellectual and cultural elite, the professors, cultural figures, and journalists who form the elite that wants to forget it is Jewish, except for the revolutionary leftist heritage, social justice rhetoric, and wrapping themselves in the suffering of the Holocaust?

I see two main reasons for this.   One is pure, raw, and unadulterated cowardice. This would be forgivable except that those who speak out are not risking physical well-being but merely social cachet. This was, of course, the rationale of Montefiore, whose distinguished ancestor did so much for the well-being of the Jews in the Land of Israel as did some of the Rothschild family also.

The openly express reason that these men had opposed the Balfour Declaration was that it might undermine their social status as Englishmen if they could be accused of a dual loyalty and even associated too much with their grubby communal colleagues. They understood, to their credit, that the nature of the new threat required a different response, just as many dropped their previous objections and gave help after independence was attained for Israel in`1948. 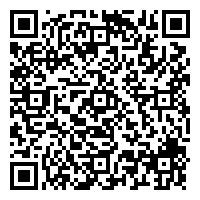