Responding to a major upsurge of Hamas cross-border attacks from the Gaza Strip, Israel has launched its biggest military offensive since the 2008-2009 Gaza war. Of the 768 rockets striking Israel since the beginning of the year, 120 came this week alone, one of them destroying a house in the town of Sderot. Forty-four Israeli civilians have been killed by such attacks in the last decade. During the recent rocket offensive, schools and other facilities were closed and around one million residents of southern Israel were instructed to stay home or go to air-raid shelters.


Although it has not yet officially been announced–but Hamas knows it very well–Israeli soldiers are on the ground in the Gaza Strip for the first time since January 2009.

The offensive, called Pillar of Defense, follows large numbers of rockets being fired by Hamas and its smaller allies over the last four days along with several cross-border raids, most notably the destruction of an Israeli jeep by an anti-tank rocket wounding four Israeli soldiers.

For the first time in four years, Israel carried out a targeted assassination, killing Ahmad Jabari, leader of Hamas’s military forces whose car exploded. Here’s a video of that event. Jabari has been involved in many terrorist attacks on Israeli civilians and also the kidnapping of Israeli soldier Gilad Shalit, who was freed in a prisoner exchange.

Israeli officials said other Hamas leaders involved in terrorism will also be targeted. The other top priority is to destroy up to 20 launching sites for Hamas’s Iranian-built longer-range missiles, with a 25 mile range, that can reach cities in southern Israel. Seventeen rockets were shot down by the Israeli Iron Dome system.

Up until the last moment, large amounts of civilian goods were allowed by Israel to enter Gaza, more than 26,000 tons in the last week alone and 336 truckloads of construction materials.

As I’ve written repeatedly over the last year, the installation of its ally, the Egyptian Muslim Brotherhood, in power next door has given Hamas much more confidence. Hamas has also forged ties with Egyptian Salafist groups ready to stage attacks into Israel across the Egypt-Israel border. Unless the terrorists also target Egyptian installations, the Cairo government doesn’t do much about it.  Hamas openly came out as a branch of the Muslim Brotherhood and openly initiated attacks on Israel rather than merely permitting smaller groups–Islamic JIhad, Salafist groups, and al-Qaida affiliates–to do so.

The Egyptian regime tried but apparently failed to organize a ceasefire. The timing of a confrontation now is inconvenient for the new government which is seeking to consolidate power, including tightening its control over the military, taking over the official religious institutions, and producing a constitution. In future, though, it is more likely to back up Hamas either indirectly–letting money, weapons, terrorists, and Egyptian volunteer fighters- cross from Egypt into Gaza–or even through direct military intervention.

Neither side takes U.S. policy very seriously. The Egyptians and Hamas know that President Barack Obama will not take Israel’s side to the same extent as previous presidents while Israel knows it cannot depend on an energetic U.S. pressure on Egypt to tamp down on the terrorists. 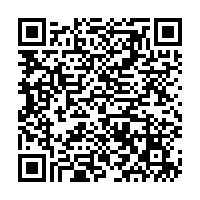