Western policy in the Middle East – from Iran, the Arabian Peninsula, through Jordan, Egypt and North Africa – has largely failed due to a multitude of erroneous assessments made by well-intentioned policy-makers, researchers, academicians and journalists.

The track record of past blunders

For example, the State Department “wise men” opposed the 1948 establishment of the Jewish State – which they viewed as a potential ally of the Soviet Bloc – contending that it was doomed militarily, demographically and economically. In 1977-79, the US foreign policy establishment courted Ayatollah Khomeini and deserted a critical strategic ally, the Shah of Iran, assuming that Khomeini was seeking human rights and peaceful-coexistence. In 1981, the US punished Israel – militarily, economically and diplomatically – for destroying Iraq’s nuclear reactor, which spared the US a potential nuclear confrontation in the 1991 Gulf War. Until Saddam Hussein’s invasion of Kuwait in 1990, the US showered the ruthless Iraqi dictator with intelligence-sharing and commercial agreements.  In 1993 and 2005 the US embraced the Israel-PLO Oslo Accord and Israel’s disengagement from Gaza, maintaining that they would advance peace, while in fact they fueled Palestinian hate-education and terrorism.

The 2010-11 eruption of the still-raging Arab Tsunami was greeted as an “Arab Spring,” “Facebook Revolution” and “Youth Revolution;” supposedly, leading Arab societies closer to democracy. During 2009-11, the US sacrificed pro-US Egyptian President Mubarak on the altar of Egypt’s Muslim Brotherhood, the largest Sunni-Muslim terrorist conglomerate. In 2011, the US led the NATO toppling of Libya’s Qaddafi – who previously surrendered his infrastructure of weapons-of-mass-destruction to the US and systematically fought Islamic terrorism – contending that a post-Qaddafi Libya would be more democratic and pro-Western. In 2018, Libya is one of the largest platforms of Islamic terrorism. In 2015, the US led the JCPOA accord with Iran’s Ayatollahs, which provided the inherently anti-US rogue regime with an unprecedented tailwind to topple all pro-US Arab regimes, intensify terrorism in the Middle East and Africa, and try to push the US out of the Persian Gulf.

Notwithstanding the failure of all well-intentioned US initiatives to advance Israel-Arab peaceful-coexistence, the US may introduce another peace initiative, overlooking the face that the only successful peace initiatives were directly negotiated between Israel-Egypt and Israel-Jordan. And the list goes on….

Assessing the track record of past blunders

Such a track record provoked systematic criticism by “The Gang of Four,” who were the leading experts/authors on the Middle East: Prof. Elie Kedourie (London School of Economics & Political Science), Professor P.J. Vatikiotis (London School of Oriental and African Studies), Prof. Bernard Lewis (Princeton University) and Prof. J.B. Kelly (University of Wisconsin). Their criticism, which has been in publication since the 1960s, has been resoundingly vindicated by the Arab Tsunami, which has traumatized the Middle East, and threatened the West, since 2010.

The four luminaries highlighted the Western tendency to oversimplify the highly-complex, fragmented, unpredictable, unstable, intolerant, violent, frenzied and tenuous inter-Arab reality of the Middle East – irrespective of the Arab-Israeli conflict – which is dominated by ruthless minority-regimes, and is yet to experience inter-Arab peaceful coexistence.

For example, Prof. Elie Kedourie exposed the fumbled US policy which energized Iran’s Ayatollahs, stabbed the back of the Shah of Iran – the US Policeman in the Persian Gulf – dealt the US a game-changing setback, and placed a machete at the throat of each pro-US Arab regime in the Middle East: “An emergency was in the making, which involved the regime in Iran, a pillar of US and Western interests.  This emergency was the most serious foreign policy test… which President Carter and his leading officials failed…. The Carter Administration was willing to see [the Shah] go because it had persuaded itself that the alternative would institute democracy and human rights….  From Teheran, Ambassador Sullivan argued that Khomeini was anti-Communist, that the young officers were generally pro-Western, that economic ties with the West would subsist, that Khomeini would play a ‘grandpa like role’, and that election would be likely to produce a pro-Western Islamic republic. In Washington, there was a chorus of academic and official voices singing the praises of Khomeini and the National Front….”

According to Prof. P.J. Vatikiotis: “For the foreseeable future, inter-Arab differences and conflicts will continue…. Inter-Arab relations cannot be placed on a spectrum of linear development… Rather, their course is partly cyclical, partly jerkily spiral and always resting occasionally at some ‘grey’ area…. What the Arabs want is not always – if ever – what Americans desire; in fact, the two desires may be diametrically opposed…. Even without the Arab-Israeli conflict, the Arab Middle East would have been a conflict-ridden and conflict-generating area…. Arrangements or alliances made by foreign powers with [Arab] regimes are problematic, dangerous, transient and even meaningless….”

Moreover, “a political challenge to any of these [Arab] regimes can come only in the form of a violent confrontation. Opposition is subversion; political disagreement is treason.  The tolerance of opposition is scarce – in fact, nonexistent….  Power changes are therefore possible only via rebellion or revolution….”

The litany of books and essays on the Middle East by Prof. Bernard Lewis have exposed a self-defeating Western policy, sacrificing realism on the altar of wishful-thinking and oversimplification. Many of them were authored before the 1979 toppling of the Shah, the bombing of the US Embassy and Marine Headquarters in Beirut in 1983, the 1998 bombing of the US Embassies in Kenya and Tanzania, the bombing of the USS Cole in 2000, the 2001 Twin Towers devastation and the current proliferation of Islamic terrorism in Europe.
Prof. Lewis highlighted features of Islam, which have not been fully-comprehended by Western policy-makers, who tend to sacrifice reality on the altar of rapprochement with Islam:  “[Non-Muslims] may receive the tolerance, even the benevolence, of the Muslim state, provided that they clearly recognize Muslim supremacy…. That Muslim should rule over non-Muslims is right and normal…. That non-Muslims should rule over Muslims is an offense against the laws of God and nature…. Islam was associated with power from the very beginning…. The world is divided basically into two. One is the community of the Muslims, the other that of the ‘unbelievers.’”

Western policy in the Arabian Peninsula and the Persian Gulf was severely criticized by
Prof. J.B. Kelly: “While the Russians may have miscalculated at times, they have attempted to ground their policy upon reality, not upon wishful-thinking. Western policy, on the other hand, has been based upon illusions, self-deception and calculations of short-term advantage. Nowhere is this more evident than in the formulation and execution of American policy towards Arabia and the Gulf…. In Arabia and the Gulf, the US government allowed itself to be seduced into adoption and implementing ARAMCO’s plans and those of its Saudi Arabian clients…. The State Department lent its unobtrusive support…. Just how great a part-illusion, self-deception and willful-obtuseness have played in fostering [this policy] is clearly revealed in the transcripts of hearings on the subject of American relations with the Gulf states held by the Senate Foreign Relations and the House International Relations Committees from 1972 onward…. None of this [former Secretary of State Joseph Sisco’s Congressional testimony] bore the remotest resemblance to reality…. It was then, and remains still, a mirage….”

Prof. Fouad Ajami, who was the Director of Middle East Studies at Johns Hopkins University, wrote: “Arabs and Israeli are ready for peace, it is said by many in the US and in the Middle East.  The missing ingredient, they argue, is the American role and American peace plan. The other side of this promise is a threat: dire consequences are predicted, for the region and for American interests, if the [US] Administration fails to embark on an activist policy.  In reality, the promise is a mirage, the dire consequences an empty threat…. The notion of [the US’] indispensability is a trap. We should not walk into that trap when others set it for us.  Certainly, at least, we should be able to avoid entrapping ourselves.”

Repeat or avoid past blunders?

Have Western policy-makers learned from precedents by avoiding – or repeating – costly mistakes? Are they aware that unrealistic policies tend to be self-defeating, yielding more injustice and casualties than that which they intend to cure?! 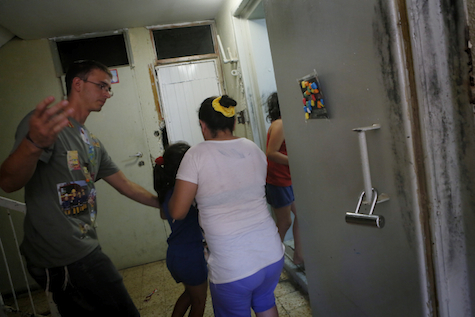 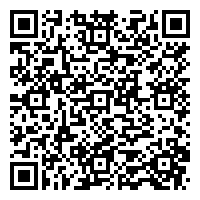