Home InDepth Analysis The Fall Of Israel’s Left
Share on Facebook
Tweet on Twitter
The Israeli Left is in dire straits. The past several months have been some of the worst it has ever experienced.

The darkest warnings of those who opposed the 2005 withdrawal from Gaza were borne out as more than a million Israelis from Sderot to Beersheva to Ashdod found themselves under missile, rocket and mortar assault from the Hamas-run Palestinian terror state. The post-withdrawal Gaza reality has soured the public definitively against any further withdrawals from Judea, Samaria or Jerusalem.

Then came the Left’s electoral drubbing in March’s general elections.

Meretz and Labor were wiped out as political forces. Although Kadima received the largest number of Knesset seats, its leader, Tzipi Livni is such an incompetent and disagreeable politician that no one outside Kadima was willing to serve in a government led by her.

Labor leader Ehud Barak’s decision to join Prime Minister Benjamin Netanyahu’s government was another body blow to the Left. By joining Netanyahu, Barak made it impossible for the leftist media to demonize the Netanyahu government as being “far right.” Even worse, by accepting Netanyahu’s governing lines – which exclude the possibility of Israeli withdrawals in Jerusalem and the Golan Heights – Barak positioned Labor to the right of Kadima and so made it impossible for Livni and her colleagues to maintain their fiction that Kadima is a “centrist” party.

Iran’s rise as a mortal threat to Israel is similarly disastrous for the Left.

Iran’s repeated calls for Israel’s destruction, its control over Hizbullah, Hamas and Syria, render indefensible the Left’s core assertion that Israel’s size and the absence of a Palestinian state are the source of all instability and war in the Middle East. So too, Iran’s sponsorship of the insurgency in Iraq, and its leading role in the insurgency in Afghanistan make it impossible for the Israeli Left to continue to argue that the Palestinian conflict with Israel is unrelated to the Islamist fight against the U.S.

Perhaps the worst blow to the Israeli Left is the Obama administration’s treatment of Israel.

The Left never enjoyed the support of a majority of Israelis. In recent years, its leaders – Yitzhak Rabin, Ehud Barak, Ariel Sharon after 2004, and Ehud Olmert – owed their electoral success to their ability during their campaigns to hide the fact that they were leftists from the public.

Because the Left’s policy prescriptions have never been strongly supported by the majority of Israelis, these leaders, once in office, relied on successive U.S. administrations to sell their policies to the Israeli public for them.

Despite the massive increase in terror after Rabin signed the Oslo accords with the PLO, and despite the Palestinians’ obvious bad faith, Israelis were willing to continue the Oslo process because Bill Clinton was perceived as a warm friend of Israel. So too, despite the moral and strategic perversity of the Gaza withdrawal, the Israeli public supported it in large part because George W. Bush supported it and the Israeli public trusted Bush.

But the Obama administration is a breed apart. Since taking office, President Obama and his advisers have managed to convince between 88 and 98 percent of Israelis that they do not support Israel. This dim assessment of the administration has brought about a situation where the Israeli Left has been stripped of one of its most formidable weapons. It is unable to blame the Netanyahu government for poor relations with the U.S. And since the U.S. administration is viewed as hostile, the Left cannot argue that it is reasonable for Israel to give away more land to the Palestinians because the U.S. will support Israel if it does.

To extricate itself from its current bind, the Israeli Left is trying to strengthen its ties to the American Jewish Left in the hopes that doing so will strengthen its relationship with the Obama administration. To this end, the Israeli Left is flirting with the new, deep-pocketed leftist J Street lobby. Whereas Israel’s ambassador to the U.S., Michael Oren, refused to attend J Street’s inaugural convention this week in Washington, Livni sent the group a congratulatory letter and senior members of Kadima, Labot and Meretz attended the conference.

The Israeli Left’s embrace of J Street is dangerous because the more we learn about J Street, the more hollow the group’s protestations ring that it is pro-Israel. Just as, for example, members of Jews for Jesus use the language of Judaism to hide the fact that they are Christians, J Street uses the language of Zionism to push an anti-Israel agenda.

Israeli leftists are attracted to J Street because they share the group’s view that barring Israeli construction in Judea, Samaria and Jerusalem and expelling all Jews living beyond Israel’s 1949 armistice lines from their homes is Israel’s most urgent policy challenge. But beyond that, Israeli leftists rely on J Street as a credible ally in their fight against the Netanyahu government.

This is first and foremost the case because of J Street’s position on Iran. J Street opposes placing sanctions on Iran for its illicit nuclear weapons program and it vociferously objects to the very notion of U.S. or Israeli military strikes against Iran’s nuclear installations in a bid to set back Iran’s nuclear program. Among J Street’s financial backers are prominent member of Iranian lobbying groups in the U.S.

Unlike their colleagues in J Street, Israeli leftists will have to live under the threat of an Iranian nuclear attack if Iran is not stopped from reaching the nuclear finish line. They cannot afford to be sanguine on this issue. Due to J Street’s position on Iran, Israeli leftists are compelled to break ranks with the group and stand shoulder to shoulder with the hated Netanyahu government.

Then there is the fact that J Street itself is highly controversial among American Jewish organizations and activists. In the past, leftist Israeli groups like Peace Now, Gush Shalom, B’Tselem and numerous others could receive funding from the likes of the post-Zionist New Israel Fund and not worry that their fellow Israelis would look askance at them. The NIF’s hostility toward the old Israel was not well-known outside narrow, generally right-wing circles among American Jews and in Israel. The same is not the case with J Street.

Since its establishment eighteen months ago, J Street has been rightly criticized by mainstream U.S. Jewish organizations and Jewish activists alike as an anti-Israel group posing as a pro-Israel group. Its support for the Goldstone report, which accuses the IDF of committing war crimes and crimes against humanity during Operation Cast Lead, and J Street’s own outspoken opposition to Israel’s counter-terror campaign against Hamas have marginalized and discredited it in much of the American Jewish community. And the drubbing it has received at home has been reported in Israel.

Unlike the NIF, whose subversive post-Zionism has stayed beneath the radar in Israel, J Street is widely perceived by Israelis as post-Zionist. If they embrace J Street too enthusiastically, Israel’s leftist politicians risk exacerbating their marginalization.

The fall of the Israeli Left has been a long time coming. It is certainly possible that conditions may change in a manner that facilitates its return to power at some point. But with its policies discredited and its leaders divided – and in the absence of credible American support – it is more likely than not that we have entered a post-leftist era of Israeli politics.

Caroline Glick is senior contributing editor at The Jerusalem Post. Her Jewish Press-exclusive column appears the last week of each month. Her book “The Shackled Warrior: Israel and the Global Jihad,” is available at Amazon.com. 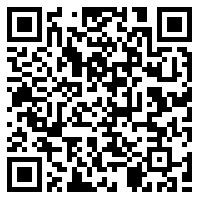