It’s hard to believe that Pesach is here once again, since I still have at least 3 sealed boxes of handmade schmurah matzo from last year. Yet the calendar declares that the time to search for physical chametz will be upon us soon enough. Bedikat Chametz: that rigorous exhaustive process that in truth starts weeks before the night of the 14th and (in the camps of neurotic Jewish mothers) oftentimes months before. I remember with bemused nostalgia when I emptied my 3rd grade schoolbag in the hallway ten minutes before Pesach back in 1986. My mother hated the timing.

Searching for chametz is tedious. Burying our heads and hands deep in the couches, under the driver’s seat, anywhere that a little hand can store candy. And what happens when Baruch Hashem there are several pairs of little hands to hide things? At the very least, you thank G-d that your car died several months back and that the car is no longer an issue this year. I hated cleaning the car. Not as easy as my cluttered but food free office.


The Search for Chametz

The chametz of hostile Arabs in Eretz Yisroel murdering Jews in our streets. Arabs and others who should be gone, provided they don’t meet the criteria of ger toshav. The chametz of Jewish weakness on har habayit. The chametz of evangelicals tending our vineyards because the tanach was made chametz with Christological interpretations. What about the chametz of giving righteous converts a hard time in Israel and giving missionaries an easy pass into our country?

So many types of chametz. So much to see and get rid of. Bedika. Bitul. Biur. All of them essential. Destroying the forbidden.

There are many types of chametz which the Jew as an individual and the Jewish society cannot abide at any point in the year. In order to conduct a proper search, you need a candle and the diligence to search. You need to check all places chametz might have gotten into. You need to want to be rid of it. You need to know what you are looking for.

Spiritual chametz. Physical Chametz. Chametz which destroys the soul and the kind that destroys our body. Some Jews see the metaphor with physical threats and will align with any spiritual contagion to curry favor. Prominent friends of Israel openly advertise messianic “seders” on their websites and still get touted as friends. Our zaidies knew about such friends. Once upon a time, no Torah Jew was deceived by this kind of chametz. We live in an age of chametz.

Our secular friends. Those pompous types who attack those who defend torah, and insist that THEIR Jewish understanding of Eretz Yisroel is correct. Let them keep their chametz. We will eat matzah. The only friend of the Jew is a righteous gentile. Ironically, Jewish advocacy ignores the righteous and invites those who are clearly not. To them I say, go fix your own homes. Eretz Yisrael is for Am Yisrael.

Slaves to man or slaves to G-d. That is always the Jewish option. In truth, that is the same choice for the righteous gentile. Slaves to our intellectual, spiritual and physical enemies, slaves to those who want to redefine Judaism. Or slaves to the boreh olam. On Pesach we celebrate Jewish liberation, the kind that allows a free man to choose the only freedom, a life based on Torah. A life devoid of the shtetl syndrome and the need to find the wrong friends because “we need goyim to like us.” The righteous gentiles will like us, and like themselves better, if we speak truthfully and without apologetics.

Moshe Rabeinu was an “eved Hashem” as was his successor, Joshua. They were slaves to no one but The Almighty. This is the highest honor. We should strive to become this. And this can only come when one is free of the need to be loved, to be popular, to be a hasbara celebrity celebrating wrong things to justify our existence. And when we show true Judaism, we in turn show the greatest chesed to humanity, since we offer a model for all decent men to follow, Jew or gentile. In my life, I have had the merit to befriend such people and to learn from them.

We need to get rid of all chametz, and point it out when we see it. It’s not as popular as the standard bedikat chametz which doesn’t ruffle any feathers. But this Bedika is just as essential. And in Eretz Yisrael, the need to collectively do this ensures our survival. As Pesach creeps closer, let us strive to emulate the true liberated man, the EVED Hashem.

But first we need to get rid of the chametz. 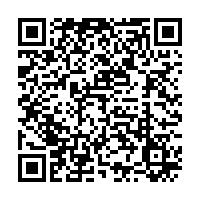