There is nothing more deceptive than an obvious fact – Sherlock Holmes, “The Boscombe Valley Mystery”.

Israel must, in the most blunt and clear way possible, illustrate to Washington that the prosperity of Jordan is a first rate Israeli security and strategic interest – Former Head of Mossad, Ephraim Halevy, at “Between Jerusalem and Amman: 25 Years since the Signing of the Peace Agreement between Israel and the Hashemite Kingdom of Jordan”, the Institute for National Security Studies, Sept. 25, 2019.”

With the media in a furor over the election deadlock and the legal woes of Prime Minister Benjamin Netanyahu, some of the other substantive issues looming on Israel’s overloaded national agenda naturally tend to be sidelined in the ongoing public discourse.

One such topic, with potentially far reaching significance that received scant media attention, was briefly broached last week: The relationship with Jordan and the rather ominous prospects for the future.

Understandably, in light of the regular flare-ups of violence, far more focus has been given to Israel’s fronts in the North and the South—where in the former, Israel has been engaged in curtailing the Iranian build up in Syria and Lebanon, and, in the latter, in containing the violence on the Gazan border.

This tends to obscure the immense importance of Israel’s eastern frontier with Jordan, and, as a direct corollary thereof, the mountain ridge separating that frontier from the country’s heavily populated coastal plain.

The potential volatility and impact along Israel’s longest border were thrown into sharp relief last week by Ephraim Halevy, former Head of Mossad, at a conference marking a quarter-century since the signing of the peace treaty between Israel and Jordan.

According to Halevy, Israel should lobby the US on the Hashemite Kingdom’s behalf, on the one hand, and on the other hand, the security establishment should be drawing up plans to deal with various possible future alternatives in Jordan. Indeed, he prescribes that “Israel must, in the most blunt and clear way possible, illustrate to Washington that the prosperity of Jordan is a first rate Israeli security and strategic interest.”

Thus, in Halevy’s view, Jordan’s stability and prosperity is a critical Israeli “interest, not a Jordanian one, and it is different from ties with the other countries surrounding us.”

“Jordan should be a top Israeli priority…”

Somewhat ironically, Halevy made his plea less than twenty four hours after the Jordanian monarch, King Abdallah, addressed the UN, devoting half of his speech to castigating Israel.

However, despite Abdallah’s public display of enmity, it is not difficult to understand Halevy’s perspective. After all, under the Hashemite dynasty, Israel’s eastern frontier has, for all intents and purposes, been peaceful since the early 1970s.

Accordingly, Halevy bewailed the fact that Washington has now downgraded the importance it once saw in Jordan, lamenting: “The US has turned its back on Jordan…for three years there has been no American ambassador in Jordan!”

He warned ominously; “…the Jordan issue should have top priority because if, God forbid, something should happen in Jordan, and there will be a different situation across the [Jordan] River and we go back to the situation, in which the border is no longer our longest and quietest border, but our longest and most problematic border, it will be too late!”—cautioning that this could occur within the space of one to two years.

Halevy thus urged that Israeli representatives be dispatched to Washington to advocate US aid to ensure the stability of the Hashemite regime in Amman.

Teetering on the brink?

When someone as pro-Jordan and with as close a ties with the monarchy as Halevy issues such a shrill clarion call, it should be treated with the utmost gravity and be clear that the dangers, of which he warns, are indeed imminent.

The Jordanian economy, heavily dependent on imported energy and foreign aid, has been in dire straits for several years now. Dissatisfaction is seething, producing large scale street riots, government reshuffles and erosion of the monarchy’s longstanding base of support.

Although the country is straining under the burden of a million (possibly more) refugees, mainly from Syria, “many Jordanians now point to economic mismanagement and an over-reliance on international aid and International Monetary Fund (IMF) assistance, rather than the Syrian crisis, as the fundamental ill plaguing the country”.

With unemployment spiraling to almost 20% , and the specter of decreasing foreign aid, the king is even in danger of losing the support of his traditional base—the Jordanian Bedouin tribes, which constitute the backbone of the regime. Thus, in March 2019, a protest movement, identified with Jordan’s large Bani Hassan tribe, issued an unusually harsh statement against the King, accusing him and his family of behaving like “demigods” and demanding a change of regime.

In the words of the statement: “The crisis in Jordan is a crisis of the regime, not of [any particular] government. It is a crisis of corruption that stems from allowing the King, his wife and his family…to do as they like and to expand the powers granted them in Jordan’s constitution. This has led to the emergence of a sector of powerful people who are corrupt and have sown ruin and destruction throughout the land under the personal patronage of the [King and Queen], and to the neutralizing of the Jordanian people and their exclusion from participation in decision-making and in self-governance. We have therefore shifted from the delusional stage of demanding reforms to demanding a comprehensive change to the system of government…“

Significantly, other tribes—such as Bani Abbad and Bani Hamida—also reportedly expressed support for the Bani Hassan statement, and although some tribal dignitaries renounced it, declaring support for the king, it caused considerable consternation in official circles.

Moreover, retired regime officials and military personnel, many of them tribe members, who were formerly part of the establishment, also took part in public protests. A group of politicians and retired military officers calling themselves the National Follow-up Committee issued a statement severely criticizing the king and court for abusing their authority, and called to take measures to limit the powers of the monarchy.

Another source of criticism is the Muslim Brotherhood. Although the movement has “lost much steam” due to internal dissention  and the dismal outcomes in countries where the Muslim Brotherhood held power, the movement still exploits the wave of discontent to score political points. Earlier this year, its political branch, the Islamic Action Front, issued a statement attributing the rising unemployment, especially among young people, to the regime’s economic policy and called for changing the political and economic systems.

It seems therefore, that Halevy has ample grounds for his concern. However, the fact that his diagnosis—of how tenuous the Hashemite dynasty’s hold on power might be—is accurate, this does not necessarily mean that his prescribed remedy—attempting to prop up a floundering monarch—should be adopted.

Although prime facie it might appear eminently plausible, we should not forget the fictional Sherlock Holmes’s salutary caveat: There is nothing more deceptive than an obvious fact.

For as deceptively tempting as the idea might be, Israel cannot take upon itself the responsibility for ensuring the current socio-economic edifice of Jordan.

Indeed, Israel has bitter experience with regime-change in countries once reasonably benignly disposed towards it – such as pre-Erdogan Turkey, Iran under the Shah, Mubarak’s Egypt and Lebanon under Bashir Jumaiel.

The latter, in particular, underscores that Israel can do little to ensure the durability of a relatively amiable regime, if domestic forces deem otherwise.

Accordingly, for the authors of Israel’s national strategy, the prudent working assumption must be that the Hashemite regime has a limited—albeit not necessarily known—“shelf-life”.

It would therefore appear, that the emphasis should be placed on the second part of Halevy’s recommendation i.e. that Israel’s security establishment should be drawing up plans to deal with various alternatives in the Hashemite Kingdom.

The instability in Jordan and the prospect of other “various alternatives” (i.e. regime change) assume heightened importance in light of the rumored publication of the long–awaited Trump administration’s “Deal of the Century”, purported to bring the century plus old conflict between Jew and Arab over the Holy Land, to an end.

Although the details of the “Deal” are as yet obscure, it would appear the Jordan is slated to play a major role in it—grudgingly or otherwise. Accordingly, the feasibility of the “Deal”—indeed its acceptability—will be dramatically impacted by the nature of the regime east of the Jordan River and its prospective stability (or lack thereof).

After all, although some may hope otherwise, there seems little prospect that any successor regime in Amman will be more favorably disposed toward Israel than the current one.

This takes us back to the crucial strategic importance for Israel of the highlands of Judea-Samaria and the Jordan Valley. As I have been at pains to point out on numerous occasions, not only are these highlands the only topographical barrier between Jordan and the heavily populated coast plain, but any forces—regular or renegade—deployed on them will have complete topographical command and control of virtually all Israel’s airfields (military and civilian, including Ben Gurion, the only international airport), its major ports and naval bases, is principal traffic axes (rail and road), vital infrastructure installations/systems (electrical power, desalination plants and water conveyance), centers of civilian government and military command and 80% of the civilian population and commercial activity.

All of these will be in range of cheap, readily available weapons that have already been used against Israel from areas evacuated by it and transferred to Arab control.

Thus, the rationale of any plan that entails Israeli evacuation of this vital territory will hinge critically on the nature of the regime-type in Jordan, which abuts it from the East.

For whatever other grave detriments their might be in such a plan, it will matter greatly if Jordan is ruled by a government that strives to reign in forces hostile to Israel, or one that is indifferent to their aggressive intent—or worse, is complicit with it.

After all, should the Trump plan entail significant territorial concessions, Israel may well find itself in a situation in which it will have to contend with a huge expanse of hostile territory, stretching from the fringes of Greater Tel Aviv to the border of Iraq—and perhaps beyond.

Accordingly, Israel’s security establishment should indeed draw up plans to deal with prospective alternatives in Jordan—not only how to cope with them once they arise, but to prevent them from arising at all.

The Secret Of Chein 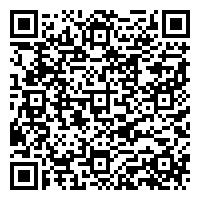