Even with Osama bin Laden gone, al Qaeda operatives, some actively collaborating with more-or-less kindred groups, are planning terror attacks against the United States. These attacks could conceivably involve chemical and/or biological weapons.
What about a nuclear “dirty-bomb”? We know that such a weapon, perhaps less likely, is nonetheless already on various “drawing-boards.”  We also understand that if it should be made operational, any such fusion of selected nuclear materials with conventional high-explosive would probably produce instances of mass disruption, rather than mass-destruction.
But we should begin at the beginning. What, exactly, do Jihadi terrorists still seek? This core question may at first appear silly, frivolous or even contrived. Yet, the usual answers are almost always superficial. Never, it seems, are we genuinely willing to probe this complex query seriously, with applied intellect, and with utterly non-partisan analytic resolve.
All Islamist terrorists want to transform pain into power.  This transformation is not always easy, because the correlation is not always proportionate.
Some truths are counter intuitive. It is even possible that inflicting the most excruciating pain upon victims would diminish terrorist power, while causing less overwhelming pain would enhance terrorist power.
Jihadi terrorist groups have learned from the torturer.  They understand that pain, to be purposeful, must point toward death, but that it must not always kill right away. This is not to suggest that terrorists do not seek to produce large numbers of dead Americans, but rather that leaving alive many American witnesses who will then themselves fear consequent annihilation is an integral part of this particular enemy’s “choreography.”
Imitating the torturer, the Jihadi terrorist plans to take what is private and incommunicable, the pain contained within the boundaries of the sufferer’s own body, and manipulate it to further shape the behavior of  “others.”  A defiled form of theater that extracts public influence from the most intimate depths of privacy, Jihadi terrorism twists and amplifies pain within the individual human body to influence many others who live outside that body. Thus violating the inviolable, it shouts with an unspeakable cruelty, not only that “You are not immune!“  but also, “Your most personal horror can be made public!”
We still hear from various educated quarters that those “martyrs” who plan to slay Americans have a recognizably political motive.  Surely, we are instructed, these killers do not kill gratuitously.  Rather, they kill to “recover the land,” to “reclaim our rights,” to “prevent foreign intervention,” to “acquire self-determination,” to “rid us of tyrants, apostates, blasphemers,” etc. Their alleged and vocalized grievances are legion, but they are also effectively beside the point.
In the end, what really matters is to attain Paradise, and thereby to avoid the “torments of the grave.” Jihadi martyrs, alone, are “guaranteed” to honorably bypass all such incomparable torment. It is, as we in the West seem never truly to understand, an utterly sacred promise of unimaginable seriousness. For the Jihadis, violence (against unbelievers) and the sacred are inextricably and perpetually linked.
Where do we go from here?
Even after bin Laden, Washington confronts a masquerade.  The declared motive of the Jihadi perpetrator is always only a fiction.  The torturer tortures because he enjoys torturing. The terrorist terrorizes with a primal and visceral, not political, delight.
The torturer typically cannot be stopped by answering his questions.  The martyrdom-seeking terrorist, lascivious with a privileged ecstasy that fuses sex, violence and immortality, cannot be slowed by surrender to his demands. This is because the means of terror-violence are not only justified by the ends; they are themselves a palpable source of personal satisfaction.
The Jihadi terrorist and his victims experience pain and power as opposites.  As the victims’ suffering grows, so does the power of the terrorist.  As the power of the terrorist grows, so does the pain of his victims.
For the bystanders, each blast of pain is a mock execution, a stunning reminder of continuing vulnerability, and a tangible denial of ultimate power, which is always power over death.
So long as the enemy is rational, every terrorist escalation in the magnitude of terror will follow from meticulously calculated correlations of pain and power.  The oft-heard observation that “terrorists have no reason to escalate” is simply the facile product of very fragile syllogisms.
The pain caused by terrorism, a pain that confers power upon the terrorist, begins within the victim’s private body, and then spills out more widely into the general body politic.  Wanting the two realms to become indistinguishable, the Jihadi terrorist understands that it is not enough that his victims feel pain.  This pain must also be felt, vicariously but meaningfully, by all those who might still themselves become victims.

For President Obama, after successfully eliminating  Osama bin laden, this should now become a conceptual understanding of immediate concern. In the final analysis, it will prove far more important than the success of any particular operational calculations.

Louis René Beres (Ph.D., Princeton, 1971), Strategic and Military Affairs columnist for The Jewish Press, is the author of many major books and articles on terrorism, nuclear strategy and nuclear war. These include publications in International Security (Harvard); World Politics (Princeton); The Bulletin of the Atomic Scientists; Nativ (Israel); The Israel Journal of Foreign Affairs; Parameters: The Professional Journal of the US Army War College; Special Warfare (DoD); Studies in Conflict and Terrorism; Strategic Review; Contemporary Security Policy; Armed Forces and Society; Israel Affairs; Comparative Strategy; Case Western Reserve Journal of International Law; and The International Journal of Intelligence and Counterintelligence. Professor Beres’ monographs on security issues have been published by The Ariel Center for Policy Research (Israel); The Kroc Institute for International Peace Studies (University of Notre Dame); The Graduate Institute of International Studies (Geneva); and the Monograph Series on World Affairs (University of Denver). Dr. Louis René Beres was born in Zürich, Switzerland, on August 31, 1945. 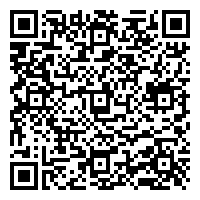