So another Jew was murdered by an Arab terrorist, and another fire from an incendiary balloon broke out in southern Israel.

“In the killing valley,” wrote Bialik of Kishinev, “the sun shone, the way of doing things flourished, and the slaughterer slaughtered.”


In our Israeli version of Kishinev, we have an air force. But the way of doing things is the same, and the slaughterer still slaughters. The community leaders conduct themselves with the upcoming elections in mind, talk about heroism, and wait for their hapless constituents to forget.

The loudest testimony to the failure of the Oslo Accords is the silence Israel’s media decreed upon itself to mark this historic day. If it had been possible to explain the horrors of Oslo away, we would have found ourselves the other week in a special, day-long broadcast in which every person who had a part in it would be waiting in line to be interviewed. Glossy special pull-outs would have crowned all the newspapers.

No, they did not forget the date. All the television stations confirmed interviews with me to mark the anniversary. After all, it was the Zo Artzeinu movement that merited to lead the most significant civil opposition to the Oslo Accords.

But they all canceled the interviews at the last moment. Which just goes to show that there is nothing new under the sun. Israel’s media knows how to create an agenda and also how to make it disappear.

The closure of Syrian air space due to Russian “exercises” reminds us that the ability of Israel’s air force to carry out missions in Syrian skies – which used to be completely unhindered – is now entirely dependent upon Russian interests.

This strategic deterioration stems from Israel’s erroneous perspective on its place in the Middle East. The vacuum created with the collapse of the Syrian regime and the horrors that accompanied it were a natural invitation for the regional power – Israel – to create a safe area under its control (in order to protect civilians in the region and also to protect itself).

However, a state and leadership with no identity, which live in a constant state of existential apology, are incapable of thinking along those lines. The leadership does not formulate a strategy and then take action but rather conducts tactical responses to unfolding events. That is Netanyahu’s expertise, and nobody can do it better.

The Russian bear came to fill the vacuum in Syria, and Israel’s ability to defend itself is now dependent on Putin’s good will. Zehut will act to restore Israel’s freedom to conduct itself as a sovereign nation with full rights to protect itself – and to act as needed to prevent slaughter and crimes against humanity near our borders. 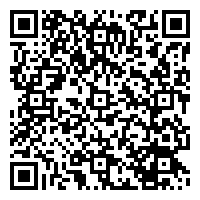