We were thunderstruck by the recent public statements of former ADL national director Abe Foxman about his “conditional support” for the Jewish State going forward in light of his concerns about the incoming regime in the Knesset.

“If Israel becomes a fundamentalist religious state, a theocratic nationalist state, it will cut Israel off from 70% of world Jewry, who won’t qualify into their definition of who is a Jew,” the Jerusalem Post quoted Mr. Foxman. “I never thought that I would reach that point where I would say that my support for Israel is conditional. I’ve always said that is unconditional, but it’s conditional. I don’t think that it’s a horrific condition to say I love Israel and I want to love Israel as a Jewish and democratic state that respects pluralism.”

“I want Israel to be Jewish, absolutely. But I want it to be a       democracy,” he concluded.

Putting aside the non sequitur about wanting to maintain Israeli democracy by insisting its new government decline to follow the wishes of the largest Israeli electoral majority in decades, we wonder what possessed Foxman to go public with his caveats before the new Netanyahu government even took office. Would it not have been better for him to simply send a letter to Mr. Netanyahu airing his concerns? Did he think going public with his new notion of conditional support would strengthen Israel’s standing with the international community, the Biden Administration, or the growing progressive menace in Congress? Having broken the ice, what else would he insist upon from Israel going forward?

Perhaps most disturbing is that Foxman seems oblivious to what is now going on between the Biden administration and Israel. Nobody asked him, but U. S. Ambassador to Israel Tom Nides recently declared out of the blue that the United States will fight any steps Israel takes to annex the Golan. He also said that the United States will not appreciate zealots wielding serious power in a Netanyahu government.

Although there was close U.S. cooperation with Israel’s investigation into the death of Palestinian-American journalist Shireen Abu Akleh, the Department of Justice surprised many with an announcement that it was launching its own investigation. J Street quickly welcomed the investigation, and Secretary of State Antony Blinken also chose a J Street Conference to lecture Israel on its election results:

We will gauge the [Israeli] government by the policies it pursues rather than individual personalities. We will hold it to the mutual standards we’ve established in our relationship over the past seven decades and we will speak honestly and respectfully with our Israeli friends as partners always should …

We will also continue to unequivocally oppose any acts that undermine the prospects of the two-state solution, including but not limited to settlement expansion; moves towards annexation of the West Bank; disruption to the historical status quo a holy sites; demolitions and evictions; and incitement to violence.”

The White House and State Department said that they were not a party to the decision to mount an investigation, but the denials came at about the same time President Biden flip-flopped on the U.S. decision to prosecute Saudi Crown Prince Mohammed bin Salman of Saudi Arabia for his alleged role in the murder of Washington Post columnist Jamal Khashoggi. Nothing about the White House ordering a halt to the Shireen Abu Akleh investigation has been heard.

And just the other day, Hady Amir – selected to fill the newly-created post of U.S. Deputy Assistant Secretary for Israeli and Palestinian Affairs – had this to say:

The creation of this role is unprecedented and elevates the Palestinian issues and our engagement on it. This move is completely consistent with the Biden administration’s commitment to strengthen US engagement with the Palestinian people and leadership that we’ve launched since day one and even before taking office.

Smack in the middle of all of this came Abe Foxman’s broadside. What could he have been thinking? 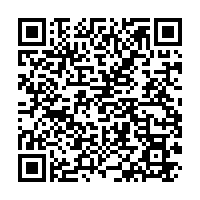