Two of the most closely-watched cases that the U.S. Supreme Court will consider in its new term, which began on Monday, Oct. 3, involve the admissions policies at Harvard College and the University of North Carolina. At issue are the schools’ consideration of race as a factor in deciding whether to accept prospective students.

For many years, the Supreme Court has affirmed that a student’s race and ethnicity can be taken into account as a factor in the admissions process, an approach referred to as affirmative action. An anti-affirmative action group is arguing that such policies discriminate against Asian Americans and white candidates in violation of federal law.

There are two factors in play that make it urgent that the Court make some sort of statement against what is, at its core, a form of reverse discrimination and a formula for racial division – no matter how positive the packaging.

In a speech last Friday about federal aid to victims of Hurricane Ian, Vice President Kamala Harris said that the Biden administration will focus on giving resources based on “equity” and give preference to “communities of color.” In her words:

I know we are all thinking about the families in Florida and Puerto Rico with [Hurricane] Ian and what we need to do to help them in terms of an immediate response and aid.

We have to address this in a way that is about giving resources based on equity, understanding that we fight for equality, but we also must fight for equity. Understanding not everyone starts out at the same place, and if we want people to be in an equal place, sometimes we have to take into account those disparities….

It sounds like the vice president’s goal is not equality in the traditional sense of treating everyone the same, but rather to somehow achieve equivalent outcomes across disparate populations. She is aiming for equity, not equality.

How this relates to people needing help because of actual monetary loss, she didn’t say. We had rather thought that the purpose of disaster aid is to compensate people: to meet some objective prerequisites for losses they prove they have suffered. Plainly, if equity is the focus of the administration’s efforts, then the vice-president is not talking about giving everyone in an impacted area equality of opportunity to apply for assistance and to be made as whole as is possible. What she seems to really be about is some arbitrary subsidy for minorities not pegged to loss.

This is rather pernicious stuff – and, unfortunately, it is not limited to Ian-related federal disaster aid.

In November, New York City voters will be asked to vote on four proposed changes in the New York City Charter. Two of the four relate to the equal versus equitable distinction.”

Proposition One would add a “Statement of Values To Guide Government,” which would call for the city to remedy “past and continuing harms and to reconstruct, revise and reimagine our foundations, structures, institutions, and laws to promote justice and equity for all New Yorkers.”

Proposition Two would establish a Racial Equity Office, Plan and Commission, which would require city-wide and agency-specific racial equity plans every two years. The plans would include strategies and goals to improve racial equity and to reduce or eliminate racial disparities. It would help agencies improve access to city services and programs “for those people and communities who have been negatively affected by previous policies and actions, and collect and report data related to equity.”

The goal of these changes are of a piece with the Biden administration’s plan to base certain public policies on racial considerations and pay homage to “equity” rather than “equality.” They literally provide blank checks to finance perhaps the most ambitious social engineering scheme ever and to indulge and pursue purely subjective and unverifiable goals.

Whether they are in the context of college admissions, governmental disaster aid, or municipal employment or services, racial preferences divide. Hopefully the Supreme Court will speak out against them and the rest of us will come to our senses. 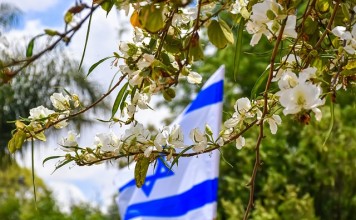