Democrats and the mainstream media had quite a time getting their arms around the Middle East normalization deal President Trump engineered last week involving Israel, the United Arab Emirates, and Bahrain. Although an obvious breakthrough for peace in the region, it was brokered by Trump. And horrors, Trump and Prime Minister Netanyahu were even nominated for a Nobel Peace Prize!

So we soon began hearing talk about how Trump only built on a process of normalization that had preceded his efforts – as if international developments typically occur on clean slates. And the Nobels? Why Israel, Bahrain and the UAE have never been in conflict, so the agreements were no big deal!

Past Nobel Peace Prize recipients involving the Middle East were required to act courageously to overcome deep hatreds and perennial hostilities. You know, statesmen like Yasir Arafat who received his prize in 1994 for his work on the Oslo Accords.

As expected, the New York Times led the scorners and laid out in detail how the deal was sorely wanting. But even the Times could not bring itself to simply dismiss the president’s work. So the headline accompanying the story on the deal was “Trump’s Middle East Deal Is Good. But Not That Good.” 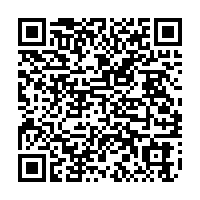