The civilized world, as it were, won a big one in the international arena when Interpol (the International Criminal Police Organization) rejected a bid for membership by the Palestinian Authority. Intense Israeli lobbying is credited for the overwhelmingly negative vote.

The Palestinian effort began almost a year ago and the threat its membership would have posed is significant. While Interpol doesn’t have agents who investigate crimes, it maintains and administers databases of “wanted” notices from police agencies around the world. In other words, it is a compact by civilized countries to provide information about fugitives who are up to no good or in flight from justice.


But there are dangers associated with such alerts. An Interpol alert can serve as the basis for arrest in different jurisdictions around the world and eventually extradition to the country in which the alert originated. But Interpol does not independently investigate the merits of the alerts. That is, countries can issue alerts to Interpol based on political activities originating in the alerting country or its enemies. This would certainly constitute abuse of the system, but it does happen.

Indeed, it is widely believed the PA wanted to join Interpol in order to make life miserable for Palestinian supporters of Israel (yes, they do exist) and to perhaps concoct cases against Israeli citizens or governmental personnel. And no doubt PA chief Mahmoud Abbas viewed Interpol membership as yet another opportunity for (undeserved) international prestige. But, thankfully, he’ll have to go back to the old drawing board on this one.

Sarona Victim Discharged from Hospital with Bullet Still in Head 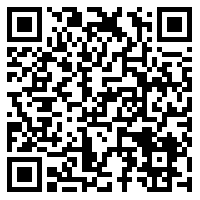