A day after his wedding in December 2008, Karov was called up to lead his platoon into Gaza for Operation Cast Lead. With his wife’s blessings, and despite an exemption for newlyweds from the IDF and Jewish religious law, Karov joined his men as they prepared to enter Gaza. Ten days later, Karov led his platoon into a booby-trapped house and was hit full force by exploding shrapnel as the building came down on top of him.

Declared dead by an EMT, Karov was being carried away when another medic noticed a slight breath. He immediately cut open Karov’s throat and inserted an air tube. Karov was transported to a hospital with eight pieces of shrapnel in his head, teeth knocked out, nose and left eye severely injured, and the upper side of his body crushed.

Karov underwent a long, grueling lifesaving operation. Reconstructive surgery to his face followed in Tucson, Arizona. He was promoted to the rank of lieutenant by the IDF for his bravery in battle.

Determined to strengthen his injured body and lead a normal life with his wife and future family, he began running daily from as early as 4:30 a.m. to regain his strength.

Upon fulfilling his goal of completing the New York City Marathon (he crossed the finish line with a time of 4:14:31), Karov returned to Israel to begin working for the IDF’s Panim el Panim program, which seeks to connect soldiers with the basic spiritual values of Judaism. He’s also continuing his studies in human resource management at Ariel University.

The Jewish Press: How difficult was it to leave your bride of less than 24 hours and lead your platoon into Gaza, when the military and Torah law exempted you from this mission?

Karov: This is how I was raised by my parents. My father, Rabbi Zeev Karov, was rosh hayeshiva in Keren Shomron and is now involved in chinuch projects in Ariel, where I live with my family. My mother, Chaya, teaches at the Ulpanah Eilonei Shiloh in Elkana. All my life I have been taught that it is my Torah obligation to protect Israel, which comes ahead of myself, my wife, or even my children. Therefore, it was natural for me to leave my new wife, who readily consented, during a time of danger to my people. I had no other religious or moral choice. Most important, I believed with my whole being that Hashem would protect me.

Was your trip to the U.S. to run in the marathon your first visit to America?

Unfortunately, no. I had undergone reconstructive surgery in Arizona on the left side of my face, which had been totally crushed by the explosion. Thank God, I had a miraculous recovery.

Who paid for these procedures and helped you financially during convalescence?

The Israeli army pays for all medical expenses of injured soldiers, no matter where in the world they need to have their medical recovery. I must also publicly acknowledge the financial and emotional support I received from the One Family Fund, founded by Marc and Chantal Belzberg, who were with me from the first day at the hospital until I was back on my feet. I felt so indebted to them that I offered to run the New York City Marathon to raise funds for the One Family Fund, which supports injured soldiers throughout Israel with money, friendship, and all manner of family assistance.

You studied for a year in a yeshiva in Netzarim, located in Gaza. What did you study there?

I studied Gemara, Tanach and Chumash, but most important, I learned to trust in Hashem as I defended my fellow Jews in Israel as a soldier.

Tell us about your family.

My beloved wife, Tzvia, is a professional social worker in Ariel. Our daughter, Hode’ah, is three and our son, Amitzur, is a year and a half. Our daughter’s name means “We thank you Hashem” – for having delivered me from death in Gaza. My son’s name, Amitzur, means “My nation is as strong as a Rock” – meaning Hashem.

Is It Proper…? When bad things happen to someone else, is it appropriate to speculate why? 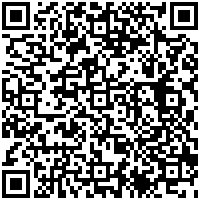