The first time she lifted weights competitively, Naomi Kutin didn’t really expect to find herself breaking a world record and she certainly didn’t anticipate finding herself at the center of an independently-produced documentary feature. But life is funny sometimes and unexpected things often have a way of happening.

Residents of Fairlawn, New Jersey, the Kutins are a close-knit family and Naomi and her four siblings all grew up showing their support for their father Ed, a powerlifter since his college days at the Massachusetts Institute of Technology.


“None of the older kids were interested in powerlifting,” Naomi’s mother, Neshama, told Olam Yehudi. “They all thought it was cool that Abba did that, but they had no interest in pursuing it themselves.”

All that changed, however, the day that Ed happened to be home from work and took then eight-year-old Naomi, his second youngest child, to her karate class.

“My dad saw that I could do pushups really well and that I could kick and jump really high, all feats of strength,” recalled Naomi. “He thought it would be cool if I tried powerlifting. He asked me if I was interested and I said, ‘Sure.’”

Powerlifting is a sport about pure strength. Competitors are allotted three attempts to lift as much weight as possible in the squat lift, the bench press and the dead lift. Given her diminutive size, Naomi’s parents started her with a 14-pound bar, considerably lighter than the standard 44-pound bar, and she began training under her father’s watchful eye.

Now 14 and a ninth grader at Maayanot Yeshiva High School for Girls in Teaneck, Naomi was just short of nine when she went to her first meet in August 2010. Four months after she began training, Naomi, who was competing as an adult, set a national record, lifting more than 140 pounds.

“She just kind of blew us away,” said Mrs. Kutin. “We knew she was strong but we just stood there saying, ‘Wow.’”

The Kutins assumed that Naomi’s powerlifting would be a passing phase, but they couldn’t have been more wrong.

“My husband and I figured she would last about six months before she lost interest,” said Mrs. Kutin. “Lo and behold, that wasn’t the case.”

In January 2012 Naomi set the all-time women’s record by squatting 214 pounds in the under 97 pound category, taking the record from a 44-year-old woman who had held it for almost ten years.

At the time, Naomi had no idea just what a feat it was to set a world record.

“My mom told me that that night as I was going to sleep, I said to her, ‘Ima, where is your world record?’” recalled Naomi. “I thought it was totally normal and something everybody did. I was probably 12 when I finally began to process that it was pretty unusual.”

With most women’s meets held on Shabbos, there are many contests that Naomi misses. In other cases, Naomi has gotten permission to do her lifts on Sundays, when the men’s meets are held.

“Whether or not her lifts count in competition varies,” explained Mrs. Kutin. “A lot of times she can’t win the meet because there is a kind of strategy where you decide whether or not to add an extra half pound on the bar in order to win. Competing a day later gives her an unfair advantage but she can still go for the American and world records. Contests on Shabbos are a non-starter; like everything else it is really about balancing our observant lifestyle.”

Naomi’s younger brother Ari is also a powerlifter and the two siblings cheer each other on. While they both devote significant amounts of time to it, the sport has to take a back seat to schoolwork. 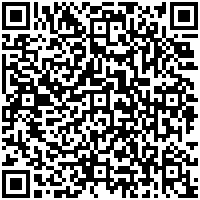