But Yoram Hazony is one such person. President of the Herzl Institute in Jerusalem, he is also the director of the John Templeton Foundation’s project in Jewish Philosophical Theology and a member of the Israel Council for Higher Education committee on Liberal Studies in Israel’s universities. He currently is filming “The Story of God” with Morgan Freeman for National Geographic.

As an author, Hazony has published the widely-acclaimed “The Jewish State: The Struggle for Israel’s Soul,” “The Philosophy of Hebrew Scripture,” and, most recently, “God and Politics in Esther” (Cambridge University Press), which is a revised edition of his first book, “The Dawn.”

The Jewish Press: In The Philosophy of Hebrew Scripture, you argue that the Torah should be read to some degree as a philosophical work. What do you mean by that?

Hazony: There are a lot of people who have this view of the Tanach that you’re just supposed to believe – even if it doesn’t make any sense. I don’t think that’s a very Jewish view. Moshe says that the Torah is “our wisdom and understanding in the eyes of the nations.” In other words, you’re supposed to be able to look at the Torah and say, “Wow, that’s so wise, that’s so brilliant. We should do that.”

I’d like everybody – Jews and non-Jews – to be able look at the Torah and see the incredible beauty and how much sense it makes and how it’s the best way for people to live.

You lament, though, that universities do not currently see the Bible the way you do.

Well, it’s a very tragic story. And many of the people who teach in universities aren’t even aware that the modern university was created in order to toss the Bible – and Jewish sources in general – out of being legitimate intellectual pursuits.

In the introduction to The Philosophy of Hebrew Scripture I provide some of the history – and people find it absolutely shocking. Essentially, the major thinkers who founded the modern research university 200 years ago in Germany were open anti-Semites and the goal of a university education – as they understood it – was in part to discredit Jews and Judaism, to prove how ridiculous, absurd, and meaningless the Tanach and Talmud are, and to demonstrate that they contributed nothing to the creation of anything good in the world.

So today, it’s 200 years later, and most of the anti-Semites are gone from the universities, but the same ideas are still being taught.

Can you give an example?

If you’re teaching an introduction to ethics and for a whole semester you teach Aristotelian ethics and Kantian ethics and utilitarian ethics, but you don’t even mention the Torah once, then your course is kind of a fraud. You can’t untangle the history of ethics in the West from the impact of 2,000 years of the Jewish Bible on Christianity. But our universities pretend you can.

And so we send our children to universities and they come out thinking that basically the Bible is totally irrelevant to being an educated human being. We’re raising up an entire culture of people who don’t have the faintest idea where we came from or where we’re going. And then we’re surprised that the entire West is drifting away from the biblical values on which it was built…

But you want the Bible examined not only in ethics courses, but in philosophy courses as well, correct?

Yes. It’s especially important, for example, to notice that the Jewish Bible is full of political theory. And I’m not the first person to notice this. Throughout Western history there were important Christian thinkers who turned to Jewish sources in order to understand the political ideas of the Jews – in part because the New Testament is really not a very political book.

So in the 17th century, for example, Christians in Protestant countries like Holland or England who wanted to break away from the Catholic Church went back to the Bible to try to figure out how they should set up governments. And because the New Testament has so little politics in it, they went back to what they call the Old Testament, and in some cases the Talmud.

John Locke’s two treatises on government, for instance, are among the most influential books of political theory ever written. People know that, but they tend not to notice that Locke’s philosophy relies to an extraordinary degree on his reading of the Hebrew Bible. There are several hundred references to the Tanach in Locke’s political theory while virtually nothing from the New Testament. But in universities it’s usually taught as though Locke was just a liberal thinker who made it all up. The fact that he’s taking so much from the Bible is not even a subject considered worth mentioning.

I’ll give you another example. The idea that the world should not have one world government but rather should be divided into nation states is a biblical idea. You cannot find it anywhere in Greek or Roman sources. It enters Western civilization only through the Jewish tradition. And yet, when people talk about the nation state, they talk about it as though it was some kind of modern idea.

In your latest work, God and Politics in Esther, you aim to uncover the central ideas of Megillas Esther, one of which, you argue, is that human beings must act if they wish to effect change. Can you explain?

It says in Sefer Shoftim that God “raised up” Ehud to fight Israel’s battles. Yet, everything that takes place seems to be something that Ehud did and planned himself. So who’s making the decisions here? God or Ehud?

Or let’s say at the waters of the Red Sea. God says to Moshe, “What are you calling on me? Take your staff, place it over the waters, and divide the sea!” And then it says that God divided the sea because Moses put his staff over the waters. Now, why do you have both God and Moshe acting?

So the proposal I make in this book is that these two levels of causation are very basic in understanding how the Tanach is written. The nevi’im saw human beings as standing in relation to God the same way a chief of staff stands in subordinate relation to his president. The president doesn’t expect him to do everything but he expects him to constantly take initiatives to make his will come true in the world.

How does this relate to Megillas Esther?

I don’t tell read the story of Esther as though it’s full of coincidences. There are no coincidences in the story. The entire story is a political story. Everything that happens is directed by human actors and human decisions.

But at the same time, God is supposed to be hidden there somewhere, so how can that be? The answer I propose is that Esther’s actions are God’s actions. God’s actions depend, to an extent, on our actions.

Our tradition regards Megillat Esther as an extremely important book because the world of Esther is very much like the world in which we live. Most of the Tanach takes place in the land of Israel or on the way to the land of Israel. The Jews have prophets who speak to them, and it’s a very tight community. But after the destruction of Jerusalem and the Temple, the Jewish people are scattered, from India to Ethiopia. So the question is: Is it possible for Jews in that kind of condition to play a role in bringing God’s miracles into the world? The Book of Esther says yes.

In your 2001 book, The Jewish State: Struggle for Israel’s Soul, you write at length about post-Zionism – a worldview that would like to see the removal of the Star of David from Israel’s flag and the abolishment of the Law of Return, for example. Is post-Zionism still a problem today?

In the 1990s, right after the Oslo Accords, Israel’s intellectual and public leadership were in kind of a crazy euphoria thinking that peace was going to come to the Middle East any minute, and many of them were willing to give up on Zionism and Judaism because they thought that would help bring peace more quickly.

Since then, the Middle East has turned into a gigantic slaughterhouse where hundreds of thousands have been killed. That’s a terrible tragedy, but it has had one positive effect in Israel, which is that most of the leadership elites are no longer willing to throw Judaism away in order to bring a kind of instant peace.

But that doesn’t mean post-Zionists aren’t a problem. They are. They have a huge influence in the media and courts, and they dominate the universities, raising up a future generation of students who don’t understand the connection between their country and being a Jew. But for the moment, all of that is kind of on hold, and it’s given us a grace period where we have time to fix things.

You dedicate God and Politics in Esther to your father, who, you write, is a bit of a gadfly in the world of quantum mechanics. It’s fascinating that both you and your father are fighters for non-mainstream views.

I learned from my father to think that wherever you see experts overwhelmingly agreeing with one another, chances are it’s because they’re copying ideas from one another without thinking too deeply about them.

And this is something that goes all the way back to the Tanach, which records that there were 400 prophets saying that the Baal is god and only one prophet, Eliyahu, saying that [Hashem] is the true God. So the nevi’im also understood that wherever you see some kind of huge consensus – where all the experts are agreeing – it doesn’t mean they’ve found the truth. It means they’ve entered this herd mentality where they don’t even criticize themselves anymore because they think they must have the truth since they all agree.

So once you understand that, you quickly become a very good critic all sorts of things that are accepted as true and wise. In my father’s particular case, he is defending a small minority view of Einstein and a figure named David Bohm who believed that quantum mechanics is likely to be a limited part of physics rather than the universal theory that almost everybody thinks it is today. And it’s a great honor to watch my father do experiments and write papers, challenging what almost everybody thinks is the truth. I hope some day it will turn out that he’s proved correct. 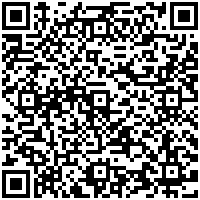