Housing Minister Yoav Galant (Kulano) has come up with an innovative proposal to combat illegal weapons in the Arab sector in Israel, to include fines and a new Informer hot line, Channel 2 News reported. Galant introduced his proposal Wednesday morning at a meeting of the Ministerial Committee on Arab Affairs that dealt with enforcing construction laws and collecting illegal weapons, both in the Arab sector.

According to the proposal, at an initial phase the state will levy a NIS 50,000 fine (roughly $12,500) on anyone caught with an illegal weapon. At a second phase, the state will declare a three-month grace period during which illegal weapons could be returned without paying the heavy fine.


The third phase will introduce a financial incentive through the Informer Hot Line: the state will award NIS 25,000 (roughly $6,250) to any citizen offering information that would lead to capturing illegal weapons. In effect, the state would be going halfsies with the informant on the fine levied on the gun owner. Prime Minister Netanyahu expressed his approval of the idea and suggested to the police commissioner, who was also present at the meeting, to use Galant’s idea.

The Housing Minister idea will include every Israeli citizen, naturally, but will focus on the Arab sector where hot weapons have been a serious problem for years.

The rest of the committee meeting dealt with the issue of conditioning the awarding of aid budgets to the Arab sector on enforcement of construction laws. The concept will be submitted for a vote in a cabinet meeting in the near future. 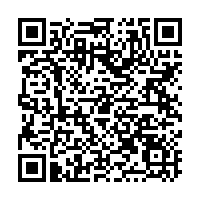