More Debate On Gays And The Orthodox Community


Standing Up To Bullies I just wanted to tell Chaim Levin (“Surviving Bullying, Silencing and Torment for Being Gay in the Frum Community,” Family Issues section, Jan. 27) that I’m so sorry for everything he has gone through simply because he is gay. There is no excuse for bullying or for other people to judge him.

Kol Hakavod to Chaim for standing his ground and not letting people trash him. I hope he won’t let any of the negativity get to him. Hadassa Margolese Beit Shemesh, Israel

Feels For Chaim But… Chaim Levin is a fellow Jew who is clearly in a very painful place. My inner being hurts for him simply because he is my brother and the Torah commands me to ache for him just as I would for my own wounds and sores.

If Chaim’s only message was to stop the harassment of LGBT youth, I and many others would be supportive. God did not grant us ordinary Jews the power to penalize or degrade anyone for not following halacha as we see fit. We can gently and lovingly express our concerns to the individual but we can never employ physical, emotional, or verbal abuse in the process.

But what comes through in his article, his video, and his interview last week on Zev Brenner’s show is deeply disturbing. Though Chaim claims not to be advocating for a change in halacha, he apparently wants halacha-abiding Jews to accept an idea the Torah does not. Yes, we should be accepting of Chaim as a human being and fellow Jew – but we cannot embrace homosexuality as the Torah does not embrace it.

Chaim also expresses anger toward the coalition of rabbis who put their names to the Declaration on the Torah Approach to Homosexuality. Chaim needs to understand that this was not a personal attack on him. Rabbis have an obligation to make the Torah’s position on homosexuality clear. Why is it that Chaim feels he should have the right to say what he wants but is bothered when rabbis say what the Torah wants?

Having said that, I wish Chaim inner peace, tranquility, happiness and fulfillment in all his endeavors in life. Malka Bergstein (Via E-Mail)

Emerge From The Dark Ages After reading Chaim Levin’s eloquent appeal for compassion and then hearing him plead his cause with obvious sincerity and good will on the Zev Brenner Show this past Saturday night, one cannot help being overcome with a deep sense of pain for his plight.

However, before the frum community is able to render people like Chaim the acceptance they so badly need and deserve, we need to emerge from the dark ages of thought reflected in a letter to the editor last week by reader Jacob Richman.

Mr. Richman implied that the Torah frowns on an individual with same-sex attraction even if he or she refrains from acting on it. But the Torah does not frown on people for the way they were created so long as they refrain from sinning. The challenge for individuals born with an attraction to the same sex is not that they attempt to change themselves into something they cannot be – but rather that they try to conform their behavior to what the Torah demands of all of us. Lawrence Kulak Brooklyn, NY

It’s an exact duplication of the militant homosexual activist playbook: Desensitize society through constant discussion of homosexuality, urges, etc. Create feelings of guilt in others by exaggerated, unsubstantiated claims of Jewish homosexual suicides due to “bullying,” discrimination, etc. Gain public sympathy by using the media, and then solidify gains by forming organizations like Jewish Queer Youth.

Rashi (Devarim 25:18) describes Hashem’s eternal enemy, Amalek, as practitioners of homosexuality. Rambam rules that one who is tempted to sin disguise himself, sin secretly and act the hypocrite in public so as not to desensitize society to sin. Urging youth to join in a group that identifies itself with Amalek-type behavior reinforces negative self-identification and more often than not results in sinful misbehavior.

Imagine a Jewish adulterers’ Shabbaton, an “intimacy for the under-aged” shul or an adult incest organization forming a minyan. How about articles by and organizations of mamzeirim who demand sympathy and change because Jews are halachically forbidden to marry them? These are all spiritual oxymorons and would constitute a fifth column in the Torah community. 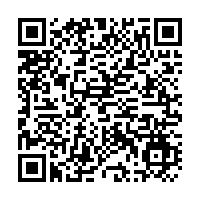