Enough With the Endless Cease Fires

In reference to a possible deal with Hamas brokered by Egypt and the UN: Israel should not repeat the mistake of Oslo. Israel does not need a temporary agreement or a permanent enemy on its border.

Use Falcons Against Terror Kites

Airports traditionally have used sirens or fireworks to chase away birds from airplanes. Now, however, more and more are using trained falcons. Similarly, the Dutch National Police is now training falcons and eagles to chase drones.

If falcons can be trained to chase birds and drones, I propose that Israel train them to chase away Hamas’s incendiary kites and balloons.

I Didn’t Invent the Laws of Morality

Muchnik also complains that the LGBT community is being subjected to hate. But that is just an overused gimmick to distract people from the real issue – morality – and put LGBT opponents on the defensive.

Do rabbis and priests hate the members of their congregations because they occasionally admonish them for bad behavior? The truth is that it’s the LGBT community that’s full of hate for those who do not agree with it. How else do you explain its vicious attacks on a baker who refused to bake a wedding cake for two men?

Defending the LGBT community out of a sense of “compassion” rings hollow when the same people who defend them never utter a word of compassion for those whose livelihoods have been destroyed by LGBT viciousness.

More On Schmaltz and Red Meat

A letter writer last week contested my statement (in “Could Schmaltz Really Be Good For You?” Jewish Press interview, August 3) that the American Heart Association (AHA) no longer recommends a “low-fat diet.” But if you search the group’s website, you will indeed find that the only “low-fat” advice is for low-fat dairy and lean meat.

These recommendations are meant to reduce saturated fat consumption. However, the overall “low-fat diet” that was meant to reduce total fat (to between 25-30% of daily calories), and recommended by the AHA for decades, is now gone.

The letter writer further argues that “all cardiologists” would disagree with me on butter and red meat, for example, being good for you. Yet “all experts” are not always right. They were wrong about caps on dietary cholesterol, hormone replacement treatment, and Vitamin E supplements – all recommendations that had to be reversed. “Eminence-based” based medicine is, sadly, not always evidence- based.

Where Are You, Governor Cuomo?

Governor Andrew Cuomo is following the infamous Rose Garden Strategy of ignoring underdog Democratic Party challenger Cynthia Nixon by refusing to participate in a series of public debates with her between now and September 13, which is primary day.

He prefers to hide behind multi-million dollar television ads paid for by his ample $32-million reelection campaign war chest filled with donations by special interest, pay-for-play donors. These ads are supplemented by “public service announcements” run daily by state agencies and independent authorities such as the Empire State Development Corporation at taxpayers’ expense.

Cuomo will act similarly in the run-up to the November 6 general election against underdog Republican challenger Marc Molinaro, stalling until late October before agreeing to one or two last-minute debates. That’s what he did in 2014 and that’s what his father did in 1986.

Cuomo has no interest in providing a forum for either Nixon or Molinaro to get their respective messages directly out to voters. All newspapers and good government groups, therefore, should shame Cuomo into participating in open forums and debates. If he refuses to participate, he should be subject to critical newspaper editorials and forfeit any chance of endorsements by media outlets.

Two weeks ago, Marc Kirshner argues that I improperly critiqued fellow Jews who practice energy healing. I did no such thing. I did not attack a person. I attacked a practice as constituting avodah zarah. To attribute effectiveness – real, exaggerated, or imagined – to techniques based on K-i is to attribute power to a kefira concept.

Kirschner also tries to “kasher” the kefirah concept of K-i by associating it with the practice of acupuncture. But that doesn’t amount to much of an argument. And if we accept his logic of association, why wouldn’t the reverse be true? If a practice can kasher a concept, why can’t a concept make treif a practice?

The fact remains that attributing anything – even the energy one gains from eating an apple, to take an extreme example – to K-i is absolutely prohibited, no matter how many people do it.

It’s estimated that we have 50,000 thoughts a day; some of them are unwanted. For those who wish to control their thoughts, I suggest the following:

Kabbalah teaches that the first few moments of a negative thought are not our own; they are sent from heaven. But it’s our responsibility to disregard these thoughts. As the parsha so poetically says this week, “Shoftim ve’shotrim titein lecha be’sharecha.” We must place safeguards to prevent evil from penetrating us.

First we must be shoftim and judge the thought. If it is negative, we must then be shotrim and destroy it by disregarding it.

What Happened to the Democrats?

Nelson Marans’s letter last week was right on point: Democrats are abandoning Israel. The current generation of Democrats, from the leadership on down, has thrown Israel under the bus.

They are obviously no longer the party of Henry “Scoop” Jackson, Pat Moynihan, and Lyndon Johnson. They now consist of an amalgam of leftists and ultra-leftists that are determined to expunge their party of moderate Democrats.

These current Democrats agonize over “Palestinian rights” and perceived crimes and outrages committed by Israel’s military. Palestinians committing cold-blooded murders are excused as righteous patriots. Bombings, arson, and gun and knife attacks on Jews aren’t worthy of their outrage.

The newest  party luminary is Ms. Ocasio Cortez, an uninformed, anti-Israel, Trump-hater whose hypocrisy and ignorance are frightening, but apparently very acceptable to the leadership. No rebukes, no retractions, nothing.

Democrat leaders? They consist of the likes of Nancy Pelosi, Maxine Waters, Tom Perez Keith Ellison, and, the most feckless and inept of them all, Chuck Schumer, whose priority is attacking and demeaning everything President Trump says and does.

Mr. Marans is right that Jews should respond to the Democrats’ abandonment of Israel at the polls. It is time for Jews to wake up from their slumber. 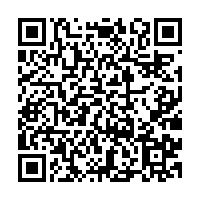