Bruce Abramson’s op-ed, “The ‘Jew Coup’: Are we Responsible?” stops short. Yes, it would be helpful if Jewish leaders called out the abuses of Adam Schiff, Jerry Nadler, and others. But that doesn’t absolve the average Joe from his responsibility to call out these outrages, too.


How do we fulfill this responsibility? By voting!

Jerry Nadler, in particular, has irresponsibly ignored the wishes of the Jewish community in his district. But he gets away with it because his district was gerrymandered. When Anthony Weiner resigned in disgrace, his district elected a Republican, Bob Turner, to replace him. This raised alarm bells at Democratic headquarters. So the party decided to realign the district, taking the Flatbush/Midwood/Borough Park portion and connecting it to Jerry Nadler’s district in ultra-liberal West Side Manhattan.

So now Nadler has the luxury of only acceding to the wishes of his Manhattan constituents and completely ignoring his Flatbush/Midwood/Borough Park constituents. Have you ever received a response to a query you sent him? Have you ever received a newsletter from him? What exactly has he ever done for Flatbush/Midwood/Borough Park?

Basically, he takes us for granted! Unfortunately, for us registered Democrats, his 2020 primary opponent, Lindsey Boylan, is much further to the left than he is.

Hopefully, the Republican Party in 2020 will nominate someone we can support and whose campaign will be fueled by Nadler’s neglect of his true responsibilities as well as his unforgivable biased behavior during the impeachment hearings.

Let’s take a lesson from Alexandria Ocasio-Cortez, who won a stealth victory because of benign neglect by voters in her district. She taught us that a united minority is stronger than an apathetic majority.

So go out and vote! It doesn’t cost anything except a little time.

Bruce Abramson’s column was excellent. It covered the problem we face as Jews, in an unbiased, intelligent manner.

The denigration and criticism of President Trump at every turn by high-profile Jews creates a problem that transcends facts. It becomes a matter of optics. American Protestants and Catholics see the likes of Nadler, Schumer, and Schiff on television daily, finding fault with Trump on every issue.

And then they see three Jewish “witnesses” before the House Judiciary Committee – all unabashed, unashamed, vocal critics of Trump. Their “testimony,” such as it was, was an amalgam of vitriolic and mean-spirited hatred of the president. The optics were clear: Jews are opposed to anything and everything related to Trump’s presidency.

Is there even a doubt that biased zealots like these three create a climate that fosters anti-Semitism?

So how to explain such animosity and recklessness on the part of Jews?

My “diagnosis” is that millions of American Jews regard the Democrat Party as their true religion – it’s their Torah, their synagogue, and their rabbi. What else could possibly explain such a breach of common sense, truth, and reality? What else could explain such unwarranted, hateful assaults against Israel’s greatest friend and benefactor?

My brethren, please wake up – before it’s too late.

Political Correctness Is Killing Us

Last week’s murderous rampage against our soldiers at Naval Air Station Pensacola was perpetrated by a foreign national from the Middle East. Unfortunately, it didn’t come as a surprise. Foreign nationals from Islamic countries have also been responsible for shootings at other military bases (Fort Hood, Little Rock, etc.) and recruitment centers, and of course for the attacks on 9/11.

Law enforcement officials often say they’re “searching” for the motive behind terrorism, but all reasonable and sane people know what the motive is.

President Trump was correct to have banned immigration to the U.S. from countries whose religion preaches hate and jihad. He sees his job, rightly so, as protecting the American people. It’s called “America first,” and it’s basic common sense.

Many liberals seem to care more about the sensitivity of the community spawning all this murder than the lives of the victims. Perhaps their children and family don’t live on military bases.

We should tell them to find a good psychologist to work on their guilt and disdain for the American way of life. We, as Americans, should decide policy based on common sense and the protection of lives.

Thank you so much for having such a wonderful newspaper. I wish you could have seen the students when I helped found the Bais Yaakov of Miami, which you wrote about in last week’s issue. They were so happy not to have to leave home at age 13 or 14 for high school.

The girls in this school reach out to Holocaust survivors each year in Miami, writing their story in a journal alongside photos of their families. They also sponsor a luncheon for “their” survivor so they can tell their story to the whole school. Later, they keep in touch with them because many survivors are so alone in Miami.

Re: Rabbi Yaakov Hoffman’s article on Kaddish a few weeks ago: Do only Ashkenazim recite Kaddish? How about some mention of Sephardic practice?

Sephardic Jews comprise a large community in the U.S. Our practices may sometimes differ from those of Ashkenazim, but they are just as valid.

Rabbi Hoffman responds: I did not mention Sephardic practices in my article because my comments primarily concerned the contemporary Ashkenazic rite (with which I am much more familiar).

Furthermore, my specific critique of reciting several Kaddishim in quick succession is inapplicable to Sephardic services because of the different order of psalms and prayers in Nusach Sefard.

A perusal of my other articles will demonstrate that I regularly mention Sephardic minhagim when relevant. 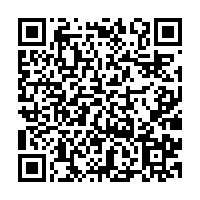