The late Michael Kelly was a brilliant writer and editor (The New York Times, Washington Post, The New Republic, The Atlantic) who coincidentally happened to be an American patriot and a strong supporter of Israel – a combination not commonly found in the circles in which he traveled.

Kelly, who died ten years ago this week covering the Iraq war in an accident unrelated to combat, was a liberal in the pre-1970s sense, another quality that separated him from the politically correct media herd.


The best way to remember Kelly is to review and absorb some of his more memorable insights.

In his column of Sept. 12, 2001, noting that Yasir Arafat had been quick to condemn the terrorist attacks on America the day before, Kelly wrote:

Later that month, sensing that the initial wave of outrage was already beginning to dissipate among certain influential Americans who now counseled restraint and understanding, Kelly took off after the peace-at-any-price crowd.

“Pacifists are not serious people, although they devoutly believe they are,” he wrote.

Acknowledging there are some instances where pacifism might be justified, Kelly argued that this was not one of them:

The same logic, Kelly continued, applied to America in the fall of 2001:

Actually, as Kelly elaborated in a follow-up column, “much of what is passing for pacifism in this instance is not pacifism at all but only the latest tedious manifestation of a well-known pre-existing condition: the largely reactionary, largely incoherent, largely silly muddle of anti-American, anti-corporatist, anti-globalist sentiments that passes for the politics of the Left these days.”

Of the ill-fated Camp David negotiations that were, in essence, a last-gasp attempt by Bill Clinton to wipe away the accumulated stains of a scandal-pocked presidency by negotiating a Mideast peace deal, Kelly wrote: “[It] was a failure for Israel, for humanity and for the two feckless men, Bill Clinton and Ehud Barak, who brought it to pass. But it was not at all a failure for Arafat and his long-term strategy.”

Of the second Palestinian intifada he observed: “There was never any honest intent on the Palestinian part for peaceful coexistence with Israel…. What the Palestinians seek – what Arafat has encouraged them to seek – is, as is now beyond dispute, the defeat and surrender of Israel.”

Reacting to President Bush’s June 24, 2002 speech that placed Arafat on notice that he was persona non grata as far as the White House was concerned, Kelly exulted that “the United States…. is out of the old fraud game. From now on, we do business with people who do honest business with us. That is radical, and it will produce radical results.”

Michael Kelly left a void that has yet to be filled. 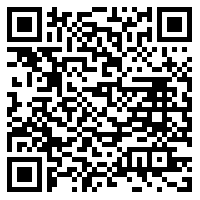