In a virtuoso display of the pettiness that has come to define the New York Times editorial page under Andrew Rosenthal, the Sour Gray Lady sniped last weekend against the active participation of Rudy Giuliani in the city’s memorial event marking the sixth anniversary of 9/11.

The reason for the Times’s snit is that Giuliani is running for president, and by actively participating in the event – Mayor Bloomberg asked him to read aloud a passage – rather than standing quietly on the sidelines with other invited politicians, he’ll be given an unfair “opportunity for politicking.”


The Times complained, in language so breathtakingly insulting it bordered on vulgarity – that “after turning the 9/11 attacks into a lucrative personal business, [Giuliani] is now elbowing his way to the top of the Republican field by making much of his response to the destruction in his city six years ago. The use of this terrible day as a political slogan should be taboo for any candidate who wants to show respect for the way that tragedy affected not only New Yorkers but all Americans.”

Of course, the idea that Giuliani’s post-mayoral financial success, and his standing as frontrunner for the Republican presidential nomination, is due solely, or even primarily, to 9/11 is nothing short of ludicrous.

Imagine for a moment that David Dinkins had been mayor at the time of the attack and that by some miracle had provided Giuliani-style leadership to a city shaken to its very core. Would that alone have given him a serious shot at the presidency? To ask the question is to answer it.

It was Giuliani’s record as mayor (a record even the Times had to grudgingly acknowledge when it endorsed him for reelection in 1997) – his reputation as a man who had, against all expectations, made New York City livable after decades of crime and grime – that made him a figure of national repute. His performance in the wake of 9/11 simply served as an unforgettably powerful exclamation point to eight sometimes contentious but nonetheless extraordinary years.

It is unthinkable that the man who led New York through the worst period in the city’s history should be shunted to the sidelines on an occasion marking those dark days because the Times (and this is the paper’s real concern) wants a Democrat elected president in 2008. Giuliani’s reassuring resolve on 9/11 and the weeks that followed will forever be linked to the attack itself.

But don’t take the Monitor’s word for it. New York Times columnist Clyde Haberman wrote on September 16, 2001: “In this crisis, Mr. Giuliani was majestic. He rallied New Yorkers and calmed them, inspired them and consoled them…. This mayor’s superb performance gave him one more claim to history, besides his helping bring rampant crime down to manageable levels.”

Another Times columnist, the intractably liberal Bob Herbert, wrote on September 20 of that year: “Traumatized by the trade center attack, New Yorkers are grateful to Mr. Giuliani for leadership that has been not only steadfast but inspirational.” And Herbert approvingly quoted David Letterman, who upon his return to the airwaves the week after 9/11 told viewers, “Rudolph Giuliani is the personification of courage.”

The Times editorial board shared those effusive sentiments, as was made clear in a September 14, 2001 editorial describing Giuliani as “the leader New York City needed in its worst moment.”

With little rhetoric and less poetry, he consoled a stunned populace trying to make sense through the smoke and beyond the jagged skyline…. A few scenes stand out. When the disaster hit, the mayor, who always identifies with the police and firefighters, acted like one of them and headed straight for the explosion. When the first of the World Trade Center towers collapsed, he was at a temporary command bunker less than two blocks away. He and his aides had to scramble out of the building and through the storm of dust and debris to safety. Early television interviews showed Mr. Giuliani, like many other surviving New Yorkers, with the silt graying his hair and dusting his shoulders. Even a day later, as he roamed through Manhattan, his soot-covered shoes offered a reminder that he had been running the city at street level….In the days ahead, the city will have different needs as New Yorkers suffer through the various stages of individual and communal grief…. Through these aftershocks, we hope Mr. Giuliani can continue to guide us as expertly as he has since Tuesday morning. Until then, he deserves our gratitude for being there to start the city’s revival. 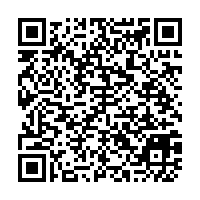