As a Jew, a conservative, and a fan of both Limbaugh and Beck, I am appalled -though not surprised – at the venomous charge by ADL that these great and good Americans are fomenting hatred and violence, when the opposite is surely true. Both Beck and Limbaugh have cautioned against violence or civil disobedience of any kind, calling instead for Americans to engage in politics as the preferred vehicle for reigning in government excess.

Any attempt to marginalize Limbaugh and Beck and their colleagues on talk radio is nothing short of an attempt to marginalize you and me. It is unseemly in the extreme for a Jewish organization that purports to stand against bigotry to wantonly accuse its political opponents, through innuendo and untruths, of being bigots. It is disheartening that an organization that regards free speech as a religious value would vilify those who are among its greatest champions.


I don’t know for whom Abe Foxman presumes to speak, but he doesn’t speak for me. 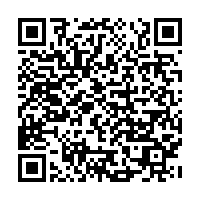