What is it about Brooklyn College that makes it such a hotbed of anti-Zionism and flashpoint in the political war against Israel?

The college is part of City University of New York system and has a large number of Jews and Muslims, but so do other schools. We don’t seem to hear nearly as much about the activities of Students for Justice in Palestine and other groups devoted to the destruction of Israel at other public or private colleges as we do at Brooklyn. In the New York area it particularly stands out.

According to the center’s website stopthejewhatredoncampus.org, Brooklyn College “is home to one of the most active and extreme SJP chapters in the nation. Brooklyn College SJP has posted articles and videos online defending terrorism, including an advertisement titled ‘The Third Intifada; on its Facebook page.” Antics have included a “die-in” to dramatize Palestinian victims, trampling on Israeli flags, and mock-up military checkpoints to illustrated West Bank life for Arabs.

According to Amcha Initiative, last year more than 300 incidents of anti-Semitism occurred at 109 schools in 28 states. “SJP and other anti-Zionist student groups are a major source of anti-Semitic rhetoric and behavior at many schools,” the organization states on its website.

We are losing the battle of social media that allows today’s youth to be educated with lies and deception. Israel and Jewish organizations are trying to provide Jewish students with balanced information, including free Birthright Israel trips. But they must do more to show Israel’s efforts at making peace, its contributions to the world, and the stubbornness of the Palestinians in resisting productive talks.

Several high-profile Israel-bashing events, some coordinated with faculty, have been held at Brooklyn College. Four Jewish students fought a long battle for justice after they were thrown out of an SJP event in February 2013 simply for holding pro-Israel fact sheets they had yet to distribute. It took over a year and the assistance of the Louis D. Brandeis Center for Human Rights Under Law before then-college president Karen Gould apologized to the students, acknowledging that a college official violated the students’ civil rights by ejecting them.

(The college then added insult to injury by telling the press, incorrectly, that the students had been disruptive.)

But things haven’t improved much in the interim. In February of this year, a group of rowdy protestors stormed into a faculty council meeting and started chanting anti-Zionist nonsense at the professors. The meeting had to be adjourned.

This is not to say students shouldn’t be free to voice criticism of Israel under their First Amendment rights. No country is perfect, and people are entitled to opinions even if they are misinformed or biased.

But, increasingly, anti-Zionist protestors all over North America have tried to silence and intimidate the other side, disrupting events, shouting down speakers, targeting students in their dorms with “eviction notices,” and striving to make it difficult to express support for Israel (which, last time I checked, is also protected by the Constitution.)

A survey by the Cohen Center at Brandeis University found one quarter of North American Jewish students “describe hostility toward Israel on campus by their peers as a ‘fairly’ or ‘very big’ problem.” The Zionist Organization of America and the Brandeis Center for Human Rights have been advising Jewish students on their rights and how to protect them from infringement.

This atmosphere of bias and intimidation is especially poignant at a time when colleges are increasingly concerned with trigger warnings, safe spaces, and open bathrooms to ensure that no one’s feelings are hurt, and that counseling is available if they are.

Aren’t Israel supporters entitled to the same protection and concern?

There may be no easy answer as to why Brooklyn College has become such a battleground. Maybe the situation just builds on itself. Fortunately, the college has a top-notch Hillel organization with ample facilities just off campus for pro-Israel students to safely and comfortably hold their events. There is no shortage of pro-Israel organizations and activities run by proud and tough Jews, including a sizable share of Israelis, who aren’t going anywhere and aren’t about to hide their blue and white flags for anyone.

Hillel director Nadya Drucker and her staff and board work closely with the administration to share concerns. Hopefully the college’s new president, Michelle J. Anderson, understands the need for open dialogue and exchange of ideas, without intimidation, between students.

But bad decisions, like siding with anti-Israel forces over Israel supporters, can have a lasting negative impact, suggesting to SJP and others that they have free reign and friends in high places.

In keeping with what should be the college’s role as an academic haven for thousands of Jewish students and other Israel supporters, the administration must disabuse Israel haters of that notion. Just as it is crucial to stand firm against terrorists, we must do the same with their supporters. 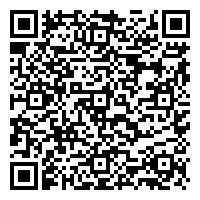