By most standards, my political views on Israel are fairly right wing. I think the project of settlement of Judea, Samaria and Gaza is not only inherently legitimate, but heroic and courageous. I strongly opposed Oslo and Ehud Barak’s willingness to divide Jerusalem, and don’t like Prime Minister Sharon’s “disengagement” plan.My views are similar to those of Uzi Landau and Natan Sharansky of Likud, who support territorial compromises for real peace, but will not make concessions without reciprocity. People who are critical of Sharon, but reject extremist invective.Most of the world would consider my views to be “hard line,” but not so in much of the observant Jewish world, where right-wing extremism on Israel has become commonplace. Even as they strongly support President Bush – who, for all his praiseworthy support of Israel’s defense against terror, is de facto imposing a forced settlement in which Israel will retain very little disputed territory – many on the Right insist that Israel must cede no territory, with not a few deeming Sharon’s plan to be not only erroneous, but essentially evil. There appears to be less room than ever among far right-wingers for nuance, for recognition that Israel will have to give up territory but must fight hard to keep whatever it can. There is no understanding that both Oslo and Barak’s concessions greatly damaged Israel’s negotiating position, and that Sharon’s motivation is to preserve more than the four percent Israel would have kept had Arafat accepted the Clinton Plan.When people ask why Israel should “give up” land, they forget that today Israel cannot even build in Maaleh Adumim – a city of nearly 30,000 just outside Jerusalem that everyone expects to be permanently retained – without world censure. Indeed, a nearly decade-old plan to connect Maaleh Adumim to Jerusalem remains on hold due to international opposition.Sharon’s goal appears to be to retain all of Jerusalem’s Old City, part of the Jordan Valley, and more than the four percent of Judea and Samaria that Israel was left with under the Clinton Plan. I feel strongly that Sharon’s plan of unilateral withdrawal is the wrong way to implement his strategy, and his refusal to answer substantive questions and criticism does not inspire confidence. But the failure of so many to even understand that Sharon has a plan is odd. Often, the same people who castigate Sharon for making territorial concessions strongly support Bush. This simply ignores that Bush never misses a chance to call for a “contiguous” Palestinian state and insists that “a state on scattered territories will not work,” that “settlement activity in occupied territories must stop.” As Bush’s demands for Arab democracy and an end to terror are, appropriately, lauded, there is complete cognitive dissonance regarding Bush’s demands on Israel, with Sharon apparently expected to govern as though these demands simply don’t exist.A common response of observant Jews to the argument that the Right must be pragmatic is that everything is up to God. But while faith is vital to observant Jewish life, we are not expected to rely on God and avoid making rational, difficult decisions. A person who is ill must not depend on the Almighty to cure him, though of course prayer is appropriate and important.Divisiveness among Jews is not now all that different from the times of Rome’s occupation of the Land of Israel, and it is not clear why we should expect political zealotry to be more successful today than it was then. Ultimately, diplomatic, political and military decisions must be made based upon rational considerations, not on an assumption (as distinguished from the hope) of divine intervention.When rational considerations are taken, it becomes clear that Israel is not forever going to retain all of the disputed land it currently holds; that Oslo, Camp David and Taba render partition inevitable. In light of these realities, a pragmatic and sober recognition of the threat to the Jewish enterprise in Judea and Samaria must be made by those on the Right, with a goal of saving as much as possible.Every “settlement” that is eventually annexed to Israel will grow substantially. Maaleh Adumim and Ariel could become major cities, and Gush Etzion has the potential to become a key region in Israel over the next decades. But for this to happen, those on the Right must acknowledge, as Sharon has, that partition is a painful inevitability..If we insist on ideological purity and leave this task to Ehud Barak and Shimon Peres, we will, God forbid, end up mourning the ruins of the entire settlement enterprise and having to enter the State of Palestine to reach the Western Wall in a divided Jerusalem. 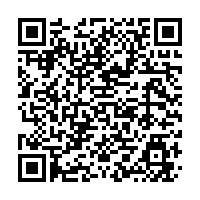