In recent years the term “cancel culture” has become more and accepted in public debate. It means denying someone a platform on which to express his or her opinion, and often entails boycotts of people or companies because they have done or said something deemed objectionable. As Western societies grow increasingly polarized, this trend is likely to worsen.


The popularity of cancel culture led to a letter against it signed by more than 150 writers and intellectuals and published in Harper’s Magazine. The signatories are a varied group: they include philosopher Francis Fukuyama, anti-American academic and self-hating Jew Noam Chomsky, J.K. Rowling of Harry Potter fame, Canadian novelist Margaret Atwood, former leader of the Canadian liberal party Michael Ignatieff, and veteran feminist leader Gloria Steinem.

Salman Rushdie, a British-Indian novelist, is a remarkable signatory. He was the victim of an ultimate form of cancel culture. In 1989, the then spiritual leader of Iran, Ayatollah Ruhollah Khomeini, condemned his book The Satanic Verses and issued a fatwa (a Muslim legal opinion) offering a reward to anyone who assassinated Rushdie.

The letter in Harper’s speaks out against the “intolerant climate that has set in on all sides” and “the censoriousness [that is] more widely spreading in our culture.” Examples given are “intolerance of opposing views, a vogue for public shaming and ostracism, and the tendency to dissolve complex policy issues in a blinding moral certainty.”

For anyone familiar with the history of antisemitism, this letter suggests a very late awakening by the signatories. Jews have been the targets of cancel culture for centuries, long before anyone formulated the expression. Antisemitism has been part of Christian culture for more than 1,500 years. It dates back as least as far as the 5th century, when the prominent Church father Augustine of Hippo in North Africa said it was good that the Jews survived because it would show how inferior they were to Christians.

Decades before Nazism became dominant in Germany, Jews were not admitted to certain positions there and in other European countries. Today, with antisemitism manifesting itself predominantly as anti-Israelism, there have been many attempts worldwide to boycott Israel.

Long before cancel culture became a well-known term, Arabs were boycotting Jews. A boycott of Jewish businesses in Palestine was decided upon at a meeting of the Fifth Arab Congress in Nablus in 1922. A similar call was made by the First Palestine Arab Women’s Congress in October 1929. Other Arab boycotts followed in the 1930s. After Israel was created, a major Arab boycott targeted not only Israel but also foreign governments, companies, and organizations with ties to Israel.

The Jews are usually the first to be affected by cancel culture, but they are rarely the last. In 2007, I edited the book Academics Against Israel and the Jews. The foreword was written by former Israeli minister Natan Sharansky, who cited multiple examples of what we would now call attempts by cancel culture to target Jews.

When I was minister I visited many dozens of university campuses abroad to gain firsthand knowledge of the defamation of Israel and the discrimination against those who support it in the academic world as well as to encourage the resistance of activists.

At Harvard Business School (of all places) a student told me that if she signed the open letter against divestment from Israel some of her professors would not like it—and that this would affect her grades. She added: “I am a very good student about to complete my thesis. These professors may consider my pro-Israeli position when giving me marks, which in turn can influence my career. It is better for me to wait and only afterward speak out in favor of Israel.”

On a Canadian campus, a student said to me: “In the past when I was active for Israel, I was often criticized and lost many friends. Now I promote ecological agriculture, and everybody loves me.” These types of remarks I heard again and again on different campuses in Western countries. They reminded me of communist rule. We were called the Jews of silence because we were not supposed to express our opinions, yet some courageous people did speak out. It is very worrying to see that some in the free world volunteer to be Jews of silence.

Through meetings like these I saw how the system functions. Israel’s enemies on campus are so powerful because they feel that the progressive world, the media, and intellectual powers support them. They are not interested in the truth and can propagate lies because few challenge them or even check what they say.

Cancel culture’s hostility to pro-Israeli thought at universities is well-known. Throughout universities in the US, Canada, Great Britain, and elsewhere, cancel culture against Israel and harassment of pro-Israeli students has flourished. This is a sign of the widespread degeneration of academics, in particular in the humanities and social sciences.

This version of cancel culture did not interest the Harper’s signatories, who saw fit to ignore it for all the years that it has been a problem. Only now, when they see themselves at risk, have they started to make noise. The signatories wrote: “It is now all too common to hear calls for swift and severe retribution in response to perceived transgressions of speech and thought.”

Many examples of anti-Israeli cancel culture are noted in my book. One particularly infamous example occurred at Concordia University in Montreal. Israeli PM Benjamin Netanyahu was supposed to speak there on September 9, 2002, but the protesters were so violent that his security staff decided it was not safe to bring him to the university.

In the UK in 2002, Mona Baker, an Egyptian-born professor of translation studies at UMIST University in Manchester, sacked two Israeli academics from the editorial boards of two translation journals that she and her husband own and edit. She said the two Israelis could remain on the board if they left Israel and severed all ties with it.

Another variant of cancel culture detailed in my book happened in the Netherlands. Professor Pieter van der Horst, a gentile, is an internationally known scholar specializing in early Christian and Jewish studies. On June 16, 2006, as he was concluding his academic teaching career at Utrecht University, he delivered a farewell lecture on the topic “The Myths of Jewish Cannibalism.” In the lecture he drew a line connecting the more than two millennia of classic pre-Christian Greek antisemitism to the anti-Jewish blood libel now popular in the Arab world.

On the day he gave the lecture, the Dutch Jewish weekly NIW claimed that his text had been severely censored by the university’s rector. Van der Horst later elaborated on this in an article entitled “Tying Down Academic Freedom” in the Wall Street Journal. In the piece, he said the Rector Magnificus of Utrecht University, a pharmacologist, had summoned him to appear before a committee that included three other professors. The committee and the rector told him along with others that his lecture damaged the university’s ability to build bridges between Muslims and non-Muslims.

The committee also claimed that the scholarly level of Van der Horst’s lecture was poor. This was a bizarre claim as he was a member of the Dutch Royal Academy, the pinnacle of Dutch scholarship. Later, his uncensored lecture was published as a book. It is a well-conceived text. What Van der Horst had wanted to say before the university’s censorship action was entirely true. If all Utrecht University’s lectures were on the same level, the institution could be proud.

In the last paragraph of the Harper’s letter, it says: “As writers we need a culture that leaves us room for experimentation, risk-taking and even mistakes.” This statement is old hat for defenders of Israel at the large number of universities where cancel culture has appeared. In light of the Jewish experience in this century, the Harper’s letter is an innocuous, inconclusive text.

Had the signatories of the letter thought more deeply about the issue they were writing about, they might have arrived at an operational conclusion. The text of the First Amendment of the US Constitution in its present form is obsolete. It should be reformulated to make incitement and hate speech punishable by law, as is the case in several other countries. Then, for instance, America’s leading antisemite, Louis Farrakhan, would be in jail rather than be flattered and quoted by people who don’t mind his anti-Jewish hate speech. If that amendment were changed, life might also become a little more comfortable for the signatories of the Harper’s letter. 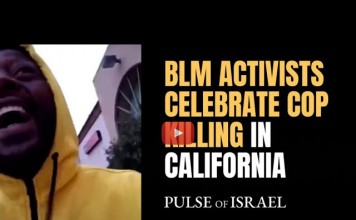 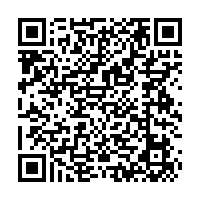