In a victory for the Jewish people, it was announced today that David Myers has resigned from his position as leader of the Center for Jewish History.  We called for Myers’ resignation from the day he commenced work at the institution, as he is a leader of the New Israel Fund which openly supports a boycott of the State of Israel, and as such does not belong in a position of Jewish communal leadership.


Let us say it again today, loud and clear: if you stand with the New Israel Fund who supports a boycott of Israel we will raise a voice of moral

Conscience and ensure we do all we can that you will not sit in Jewish establishments in the United States, or anywhere else in the world.  There is no room in Jewish communal life for any form of a boycott of Israel.

We stand with the State of Israel, and stand in solidarity with the words of Prime Minister Benjamin Netanyahu who explained, “We must not cave into the pressure, [we must] expose the lies and attack the attackers. We shall unite forces in Israel and abroad, expose our enemy’s lies, and fight for the Israeli citizen’s right to live their lives peacefully and safely.”

We will indeed continue.  We will expose the lies of the New Israel Fund, and expose those who fund this heinous organization that supports a boycott of Israel.  Despite the attacks of those who said that we must accept “diversity” of thought, we said – and say – no.

There is no room in communal Jewish leadership for those who support New Israel Fund’s boycott of the State of Israel.  We are proud that Myers is the second executive to leave the Center for Jewish History in the past six months, following Rachel Lithgow, the executive director of the American Jewish Historical Society, who resigned after she scheduled a play sponsored by and funded by Jewish Voices for Peace, the radical organization that supports a boycott.

Harvard professor Ruth Wisse rightfully has noted that, “the rapid demoralization of Jews in the face of anti-Zionism… shows the depth of the influence of the past, for many have yet to achieve the simple self-respect that has been eluding the Jews collectively since the dawn of modernity.”

We reject extremists who work with the New Israel Fund and boycotts of Israel. Those who fund a boycott that harms the Jewish State will be held accountable. Those Jewish organizations that partner with New Israel Fund leaders will be targeted. We call upon Oz Benamram of White & Case, the Jim Joseph Foundation, the Leichtag Foundation, and others to stop funding New Israel Fund. 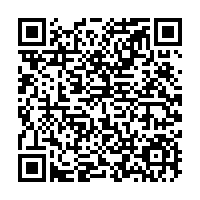