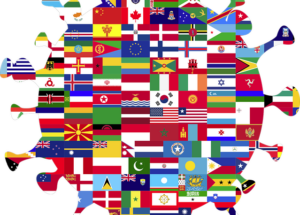 The coronavirus crisis is rattling 19 highly indebted European nations and exposing a potentially fatal lack of communitarian spirit within the EU. European countries have applied a me-first response, imposed export bans on vital medical equipment, and put up border controls that have left European citizens stranded. In a particularly shameful abdication of responsibility, EU members failed to give desperately needed medical assistance and supplies to Italy during the outbreak. The UN, meanwhile, has performed no genuinely helpful service whatsoever during the global crisis.


Maurizio Massari, Italy’s ambassador to the EU, has complained that the response of EU member states to his nation’s cries of distress during the ongoing coronavirus pandemic was limited to consultations. When Italy called for extra supplies of medical equipment, including masks, Germany and France, alongside other EU members, imposed limits on the export of protective medical equipment. In contrast, China offered to sell Italy 1,000 ventilators, 2 million masks, 20,000 protective suits, and 50,000 coronavirus testing swabs (albeit at exorbitant prices). Frustrated and enraged Italian citizens burned the EU flag in a sign that at least some Italians are ready to leave the union over its failure during this crisis.

While some countries in Europe have announced their own budgetary stimulus programs, the EU failed to deliver a massive fiscal stimulus package for the benefit of the whole Union. Italy pledged a 25 billion euro ($27.26 billion) rescue plan, and France has said it will deploy 45 billion euros to mitigate the impact of coronavirus on businesses, among other measures.

Some European leaders are reluctant to issue euro bonds to provide financial help to individual member states during the coronavirus crisis because the bonds would group debt from highly indebted nations with that of more fiscally sound countries. “This crisis has reduced trust between member states and within the whole system, and this is a real problem,” said Heather Grabbe, a former adviser to the EU enlargement commissioner.

The war of masks

The pandemic unleashed a scramble for medical equipment, with governments accused of confiscating shipments of personal protective equipment (PPE) and ventilators destined for other countries. As stockpiles dwindle and countries embark on what one French official called a “global treasure hunt,” governments are reluctant to allow protective and other equipment to leave their shores. Many governments say the prices being demanded for PPE are extortionate.

Turkish authorities announced the release of a shipment of crucial medical equipment to Spain after coming under fire from Madrid officials who accused them of hoarding supplies. Last month, the French government said it was seizing all masks being made in the country. One French company, Valmy SAS, was obliged by customs officials on the French coast to divert an order for PPE from the UK’s National Health Service, a regular customer. Authorities claim that the Czech Republic seized more than 100,000 face masks that China had sent to Italy to help tackle the coronavirus outbreak. Around 680,000 protective masks were confiscated, as well as thousands of respirators, from speculators, according to an article shared by the Czech health minister.

At the global level, allies are far from united and are accusing one another of theft. According to Berlin, about 200,000 N95 masks made by a Chinese producer for the US company 3M and intended for the German police were diverted to the US while they were being transferred between planes in Thailand, an act Berlin calls “modern piracy.” 3M said the US administration asked it to increase shipments to the US from its factories overseas and to stop exporting masks from US production sites to Canada and Latin America. Canadian PM Justin Trudeau said the US move was a “mistake” and pointed out that the US also imports medical supplies from Canada.

In France, regional leaders say they are struggling to secure medical supplies as American buyers are outbidding them. The health minister of Barbados, Jeffrey Bostic, said the US seized a consignment of ventilators destined for his country, prompting further accusations of “modern piracy.”

Global orders tend to change very gradually at first and then accelerate dramatically. In 1956, the British intervention in Suez laid bare the decay that had set into British power and marked the end of the UK’s role as a global power. Today’s American policymakers should recognize that if the US does not rise to meet the hour, the coronavirus pandemic could mark a “Suez moment” for American power.

The virus has exposed vulnerabilities, frailties, and disunity in Europe and at the UN. Nations have failed to join together to combat the pandemic. Researchers and large biotechnology companies in many countries are working in secret and on their own without any intention of cooperating for the greater good. The coronavirus pandemic has revealed that supranational organizations like the EU and the UN might have good intentions, but they are nothing more than clubs for self-defined elites. If that really is all they have to offer at a time of crisis, it is time to dissolve both bodies.