The Jerusalem District Court has just allowed criminal charges against Jews who say the Shema prayer in a public place on the Temple Mount, the Jewish people’s holiest site. In her ruling, Judge Einat Avman-Muller wrote that freedom of prayer “is not absolute, and it should be superseded by other interests, among them the safeguarding of public order.” In other words, the reason for this obscene ruling is antisemitic opposition to such prayers by Muslim radicals.

In 1925, the Supreme Muslim Council published a guide to the Temple Mount for tourists. It said the site’s “identity with the site of Solomon’s Temple is beyond dispute. This too is the spot, according to the universal belief, on which ‘David built there an altar to the Lord, and offered burnt offerings and peace offerings.'” The guide further states that Muslim rule over the Temple Mount began in 637 CE, the “year the Caliph Omar occupied Jerusalem” (emphasis added). In 1925, it seems, Muslim leaders gave an accurate historical view of the Temple Mount, acknowledged Jews’ historical connection to the site and admitted that two Temples existed on it.

It is not a surprise, then, that when it liberated the site in 1967, Israel found the Temple Mount in disarray, because no Arab leader visited the Temple Mount between 1948-1967 – it was not considered important enough.

Today, the narrative that Muslims have concocted over the past century is very different. Due to their false and antisemitic claims, the holiest site in Judaism, a public place, the Temple Mount, has now become the only site in any democracy where it is illegal for Jews to pray.

This ban is based on the false claim that not just the Al-Aqsa Mosque, but the entire Temple Mount and the Western Wall are holy to Muslims. This claim is compounded by the antisemitic canard that the Temple Mount is not holy to Jews, enunciated in notorious fashion by Palestinian Authority Chairman Yasser Arafat on July 17, 2000 at the Camp David Summit. Arafat shocked President Bill Clinton when he denied that the Jewish Temples were ever on the Temple Mount. Israeli Ambassador to the US Danny Ayalon, who was present, recounted that President Clinton was furious and devastated. He yelled at Arafat, “Well, let me tell you something, Mr. Chairman: When my messiah Jesus Christ walked on the Temple Mount, he didn’t see any mosques. He didn’t see Al-Aqsa. He didn’t see the Dome of the Rock. He saw only the Jewish Temple.”

It is unfortunate that Israel has not responded to such antisemitic denialism as it should. In fact, through a policy of appeasement, it has emboldened radical Muslim riots and intimidation that have changed the status quo on the Mount, and such violence has only increased due to its success. Yisrael Medad recently wrote that the “Waqf Islamic religious trust has altered times of entry and prohibited Shabbat visits for Jews. … The Waqf created new holiday periods, planted tree orchards, paved over new pathways, built outdoor prayer platforms and constructed three new mosques on the Temple Mount.”

It is clear, then, that Israel’s decision to allow such actions for fear of violence did not work. Instead, the situation has gotten worse. Jordanian and Palestinian Authority officials have made it clear that they will continue these punitive actions in order to end Jewish prayer not just on the Temple Mount, but at the Western Wall as well.

Tayseer al-Tamimi, former chief justice of the PA Religious Court, recently said, “The blessed Aqsa Mosque is Islamic and belongs to Muslims alone … and the Jews have no right to it … or the right to pray in any part of it.” He added that the “Al-Aqsa Mosque includes all its courtyards … and specifically its Western Wall.” Palestinian Authority Minister of Religious Affairs Mahmoud al-Habbash also asserted that Al-Aqsa “will not be shared with anyone, and no one besides Muslims will pray in it.” Last December, Habbash stated that the Western Wall is “an authentic part of Al-Aqsa Mosque only.”

Jordanian Prime Minister Bisher Al-Khasawneh gave his full support to attacks on Jewish worshippers at the Western Wall. At a parliamentary session, he said, “I congratulate all Palestinians and all Jordanian Islamic Waqf workers who stand as tall as a turret, and those who throw stones at pro-Zionists [worshippers at the Western Wall] who defile the Al-Aqsa Mosque.” Just a few years ago, Jordan asked UNESCO’s World Heritage Committee to reclassify the Western Wall as a Muslim site, and attempted to classify the Tomb of the Patriarchs in Hebron and Rachel’s Tomb near Bethlehem as holy to Muslims alone, so as to erase their sanctity to Jews.

It is clear, then, that Israel’s concessions have not worked because the only concession that will satisfy those opposed to Jewish prayer on the Mount is Israel’s destruction. The riots and violence will end when Muslim radicals learn that riots and violence will not achieve their political ends, and when Israel eliminates discrimination against Jewish prayer and makes it clear that its policy will be based on what is right and just, not fear of violence. If Israel does so, then Jews’ fundamental right to pray at their holiest site will be realized for the first time in 2,000 years. 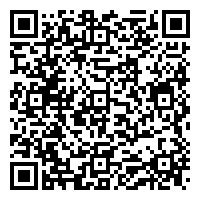