The 1964 presidential election was the second in which I voted. Lyndon Johnson who had succeeded John Kennedy, was running against Barry Goldwater. I didn’t like either candidate: Johnson’s personal characteristics were obnoxious, though he had achieved much, especially in the area of civil rights; Goldwater’s personal characterizes seemed fine, but I disapproved of his conservative political views.


I was shocked to read an article in Fact magazine, based on interviews with more than 1,000 psychiatrists, which concluded that Goldwater was mentally unstable and psychologically unfit to be president. It was Lyndon Johnson whose personal fitness to hold the highest office I questioned. Barry Goldwater seemed emotionally stable with excellent personal characteristics, but highly questionable politics. The article was utterly unpersuasive, and in the end I reluctantly voted for Lyndon Johnson. Barry Goldwater went back to the Senate, where he served with great distinction and high personal morality. Lyndon Johnson got us deeply into an unwinnable war that hurt our nation. The more than 1,000 psychiatrists, it turned out, were dead wrong in their diagnosis and predictions.

Their misdiagnosis should surprise no one, since none of the psychiatrists had ever examined, or even met, Goldwater. They just didn’t like his politics. Indeed, some feared that he would destroy the world if he had access to the nuclear button. The most powerful TV ad against Goldwater showed a beautiful child playing with a flower. Then the screen went blank, presumably from a nuclear explosion, and the child, along with the world, was blown up. It was an effective ad. It influenced me far more than the psychobabble in the Fact article.

Following the Goldwater-psychiatrist debacle, the American Psychiatric Association declared it to be unethical for a psychiatrist to offer any kind of a diagnosis on a public figure without having examined that person.

Now, more than half a century later, numerous psychiatrists and other mental health professionals are violating that sound ethical principle by diagnosing Donald Trump, whom they have never examined. They are offering diagnoses, ranging from Alzheimer’s, to narcissistic personality disorder, to paranoia and more. A Yale psychiatry professor has suggested the possibility that Trump might be involuntarily committed to a mental hospital. Others have proposed that he be required to undergo psychiatric or psychological testing. While still others have suggesting invoking the 25th Amendment and declaring the president incompetent.

For more than 25 years, I taught courses on law and psychiatry and related subjects at Harvard Law School. I co-edited a basic text in the field. And I have written numerous articles regarding the ability and inability of psychiatrists to predict future conduct. On the basis of my research and writing, I find it unprofessional, unethical and absurd for any mental health professional to offer a diagnosis or psychiatric prediction regarding President Donald Trump. We are all entitled to our opinions regarding his political and personal qualification to be president. I voted for Hillary Clinton in the last election, because I felt she was more qualified than Donald Trump to be president. That is my right as an American voter. But psychiatrists and other mental health professionals have no more of a right to pathologize a president or a candidate because they disagree with his or her political views than do prosecutors or politicians have a right to criminalize political opponents.

I have been writing against the criminalization of political differences for decades, because it is dangerous to democracy. It is even more dangerous to pathologize or psychiatrize one’s political opponents based on opposition to their politics. Using mental health professionals to pathologize political opponents was a common tactic used by the Soviet Union, China and apartheid South Africa against political dissidents. The American Psychological Association took a strong stand against the use of this weapon by tyrants. I was deeply involved in that condemnation, because I understood how dangerous it is to diagnose political opponents instead of responding to the merits or demerits of their political views.

It is even more dangerous when a democracy, such as the United States, begins to go down the road of pathologizing political differences. So let us debate the merits and demerits of President Trump’s policies, personality and other factors that are relevant to his presidency. But let us leave diagnoses to doctors who have examined their patients. 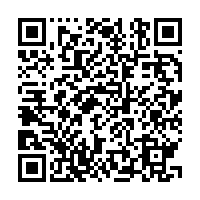