Last week, the United Nations Educational, Scientific and Cultural Organization (UNESCO) voted Christian and Jewish heritage off of the Temple Mount in Jerusalem; Tuesday they ratified their perfidy. The vote seems clearly a response to the expansionist, jihadist aspirations of members of the Organization of Islamic Cooperation (OIC) that sponsored it: Algeria, Egypt, Lebanon, Morocco, Oman, Qatar and Sudan. The vote, and the behind the scenes machinations, deserve evaluation.

If the West had stood for its own history, it would have mattered. Democratic Japan and South Korea should have voted “against” as well. There might be a narrow exception for India, which had never before failed to vote in favor of an Arab-led anti-Israel resolution.

Mexico deserves special mention — though whether as a good guy or a bad guy is debatable. Mexico voted in favor of the resolution, although the Mexican President had apparently told Israel it would vote against. When the time came, UN Ambassador Andreas Roemer received a directive from the Foreign Ministry to vote in favor. Opposing his country’s position, Roemer left the room. His deputy cast the vote; the Ambassador has been relieved of his position.

After a weekend of machinations in Mexico City, including an announcement by the Foreign Ministry that it was going to “investigate” how the “in favor” vote actually happened (that should be long and complicated, right?) Mexico announced its intention to reopen the vote to change its position. This is permitted under UNESCO rules; Israel had expected it; and UNESCO Executive Board Chairman Michael Worbs was, apparently, planning to agree. UNESCO’s Director General Irina Bokova had already announced her opposition to the resolution, a position for which she received death threats.

But if you think the way was being cleared to erase this jihadist resolution, you would be mistaken.

According to later reports, the Arab bloc pressured Worbs to recuse himself from the vote, which he did. After that, Western countries prevailed on Mexico not to request a reopening of the actual vote for fear, they said, that other UNESCO resolutions would become subject to new votes. So an ahistorical, anti-Semitic sop to countries with little redeeming social value was allowed to stand for fear that some other bit of UNESCO stupidity might be revisited. This tarnishes other countries that might otherwise have had second thoughts and changed their votes — Brazil, in fact, moved from “in favor” to “abstain.”

Mexico instead decided also to amend its vote from “in favor” to “abstain,” accompanied by a statement from the Foreign Ministry that the Mexican government recognizes “the undeniable connection of the Jewish people to the cultural heritage in East Jerusalem.”

Some Israelis prefer to see the UNESCO glass half-full: 26 countries voted for the resolution; 34 did not, whether by voting against, abstaining or absenting themselves from the room.

Not good enough. Having demonstrable historical fact, such as Jewish patrimony on the Temple Mount in Jerusalem, subject to the whims of the United Nations, in which, as the late Abba Eban said, Arabs could muster a majority to decide the sun rises in the West, is not a positive proposition. Pakistan, Nicaragua, Mozambique and Vietnam are not likely ever to vote for historical accuracy on Jerusalem and Israel, nor are China and Russia. France is a serial appeaser, more concerned about its back than the truth. But Sweden, Mexico, Brazil, Spain, Ivory Coast, Argentina, Paraguay, Nevis & St. Kitts and others should be loath to relinquish their Judeo-Christian humanistic culture, roots and values to jihadi pond scum.

The question remains how to convince nations in the West to stand for themselves in the face of Islamists committed to replacing them.

The Media Only Care About Palestinians in West Bank and Gaza 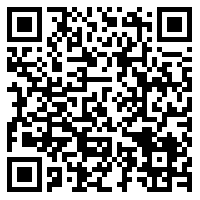