In the space of less than a year, President Trump has reoriented the United States from a formerly great power in decline to a strong presence on the international scene. Like most of his other accomplishments, he did it beneath the establishment radar—and against conventional wisdom.

The new Trump national security strategy makes the simple point that it is in America’s national interest to pursue American interests. Though obvious to most Americans, this subtle observation is heretical to many living in the coastal bubbles. It was anathema to the “lead from behind” Obama team whose primary interest was in turning the U.S. into a submissive global citizen—as if the global village could stand without the American sheriff.


But President Trump has done more than shatter the taboo inherent in claiming that America should put America first. He has put the principle into practice. Nowhere is that clearer than in the Middle East. His Riyadh speech clarified—for the first time—that America stands with its Arab and Muslim allies against radical, supremacist, Islamism. His rules of deployment and engagement have nearly eliminated ISIS as a territorial entity. His recognition of Iran as a revolutionary nuclear-threshold regime, intent upon exporting terrorism and instability, began correcting the single worst move of the treacherous Obama foreign policy.

Most recently—and perhaps most significantly—President Trump’s recognition of Jerusalem as Israel’s capital has debilitated the relentless anti-Israel, anti-peace fulminations of thuggish, anti-democratic, president-for-life Mahmud Abbas of the Palestinian Authority (PA). The Trump team’s brilliant jiu-jitsu move, masterfully executed by UN Ambassador Nikki Haley—turned the PA’s greatest strength against it. In so doing, it has created an opening to resolve the Arab/Israeli conflict that has been closed for a quarter-century.

The PA punches way, way over its weight at the UN. Recent events confirm that in many ways, this terror-sponsoring, double-talking non-state observer is a powerhouse in the UN General Assembly and in various other international organizations. In the world of state-based organizations, the PA can reliably generate more support not only than Israel, but than the United States. In responding to the American recognition of Jerusalem as Israel’s capital, the PA ran quickly to the forum in which it is strongest—where it succeeded. Flush with that success, Mahmoud Abbas and the rest of the PA’s leadership announced that it no longer accepted the U.S. as a mediator. History will record that decision as the last consequential move the PA ever made.

To understand why, it is important to revisit the Oslo Accords of 1993. Contrary to the propaganda, those Accords did not embrace a “two-state solution.” They did, however, allow the most notorious terrorist organization in the world, the PLO, to relabel itself as an “authority” granted legitimacy to negotiate with Israel. The Oslo Accords set a new dominant framework. Prior to 1993, the Arab/Israeli conflict pitted the peace-loving Jewish State of Israel against a fractious array of far larger, violent Arab states, united only by the desire to eradicate Israel and exterminate its Jews. The world understood which party was David and which Goliath. Since Oslo, the U.S. has been a neutral mediator attempting to keep the endlessly conciliatory Israel and the unrepentant, unreformed PLO/PA at the negotiating table. The resulting production has been a farcical kabuki with deadly results.

Under Oslo, the U.S., the PA, and Israel all accepted certain obligations towards each other.

The PA has been trying to evade those obligations in ways that have been obvious to all since at least September 2000. That summer, at Camp David, the American-mediated negotiations reached their expected conclusion: Israel, with American backing, offered the PA everything it claimed to want. Rather than taking the offer and ending the dispute, Yasir Arafat launched a terror war. The verdict was clear: Oslo was a disaster.

Rather than admitting the abject failure of their Nobel-imprimatured “process”, however, President Clinton and Israeli PM Ehud Barak kept it on life support. President Bush – optimistically or skeptically – proposed ways for the PA to demonstrate at least a de minimis commitment to peaceful coexistence. When the PA accepted none of his modest proposals, Bush folded Oslo into a “Road Map” for peace. Before he left office, Israeli PM Ehud Olmert reiterated—and even sweetened—the offer. Mahmoud Abbas, of course, declined. Like Clinton, Bush failed to announce Oslo’s demise.

President Obama did everything in his power to accommodate Abbas, including working hard to delegitimize and isolate Israel. Rather than showing gratitude, Abbas announced—to the UN, in 2015—that the PA had unilaterally withdrawn from its obligations under Oslo, thus making official what had already been obvious. The Obama Administration—and, consequently, an Israel fearful of an open rift with the US—ignored the announcement. By the end of 2016, the UN, Obama, and Secretary Kerry all acted against the Oslo principles and declared the “peace process” dead. Yet somehow, Oslo lived on.

This month, thanks to President Trump, the PA has again tried to end this failed process. Abbas has told the world that the U.S. is no longer welcome to mediate. Having now abdicated its own responsibilities and rejected the American role, the PA has eviscerated the Oslo Accords. Given that it was only Oslo that let the PA cloak its identity as the world’s most notorious terror group, the U.S. and Israel must now turn elsewhere.

Whereas President Bush spoke in ways that kept Oslo alive, President Trump started his presidency by departing from Obama’s and Clinton’s insistence that the only way forward is Oslo. Trump has subtly ended the entitlement-oriented approach that mandates the creation of a PLO/PA state, an approach which demonized Israel and encouraged Arab intransigence. Instead, by reaffirming the Jewish state’s inherent connection to the Land of Israel and its sovereign rights to Jerusalem, Trump has for the first time actually created incentives to force the recalcitrant PA to consider a future contingent on its own behavior. The PA will, of course, fail. President Trump will give the PLO enough rope to hang itself, but unlike his three predecessors, he may – he should- finally accept the PA’s withdrawal.

As a master negotiator, Trump apparently understands that, unlike the Arab-Israeli conflict, the reimagined Israeli-Palestinian conflict as structured by Oslo was never resolvable bilaterally because the PA had neither the desire nor the ability to resolve it. A good mediator’s first question is always whether the parties at the table are capable of resolving their dispute—assuming that they can agree on terms. Clinton, Bush, and Obama neglected to ask that question. Trump clearly did not.

For there to be any movement in the negotiations, Trump the mediator first had to get the right parties to the table. For a variety of reasons, including the interests of American allies like Egypt and Jordan – bulwarks against the Muslim Brotherhood and Iranian proxies – he did not insist that the PA leave; Abbas had to do that on his own. Once Abbas vacates his seat, however, Trump can bring in the parties able—and for the first time in history, willing—to resolve the Arab/Israeli conflict. That original conflict between Israel and the Arab states is hardly trivial, but it is a dispute between neighboring states. As has occurred throughout history and around the world, nothing brings neighboring states together like a common threat. Thanks in large part to the nuclear threat created by President Obama, Iran now plays that role.

For the Trump Administration to move forward, it had to shore up American credibility with the Arab states, then get the incorrigible PA to remove itself from the equation. In less than a year, this team has accomplished more than all of its predecessors combined. Watch for even further advances as America’s first workable approach towards this conflict moves forward. 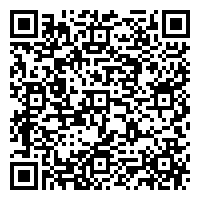