Sheikh Hassan Nasrallah has been broadcasting provocative speeches from his bunker in Beirut for more than 10 years. In those broadcasts he has railed against the Lebanese people, against Israel, against the Syrian rebels, against Saudi Arabia, against the Gulf States, and so on.


But in his most recent broadcast, delivered on January 5, he issued a call to attack US soldiers. That one managed to stir even the British, who have remained silent about Hezbollah violence for years and have been unwilling, up to now, to call it a terrorist organization. Not even pressure from the Americans could convince the British to call the fanatical kettle black.

Well, Nasrallah’s speech did the trick.

Nasrallah’s latest combative rhetoric, which was directed at the Americans and their presence in the Middle East, followed the US targeted killing by drone strike of Qassem Soleimani, leader of Iran’s Quds Force.

The killing of Soleimani angered Nasrallah, who apparently considered him a friend—a comrade in terrorist arms, so to speak. He said one of Soleimani’s shoes is worth more than the heads of President Trump and all the American leadership.

Calling for “Death to America,” Nasrallah demanded “a just punishment” for Soleimani’s killing. He defined “just punishment” as “harming American bases in the Middle East, including American warships and every soldier and every American officer in the region.” Nasrallah expressed confidence that if Americans are so harmed, they will be “humiliated and beaten and leave the region,” which aligns with Iran’s expressed strategic goal: the total eviction of US forces from the Middle East.

Nasrallah also promised attacks on US embassies, referring to the “suicide bombers who kicked out America in the past (though they are still there and even more than they were in the past) when the soldiers’ burial caskets begin to arrive in the United States.”

“Trump and his administration will understand that they have lost the region and will also lose the election,” Nasrallah added hopefully.

It is not every day that a terrorist leader comes out publicly with a call to attack American soldiers. Qaeda leader Osama bin Laden and ISIS “caliph” Abu Bakr Baghdadi did so, and now look at them.

Nasrallah will now be engraved in the minds of Americans as the radical terrorist leader he is—not a freedom fighter, as many foolishly think, against the so-called “Israeli occupation.”

Nasrallah has unwisely expanded his war to “liberate Palestine,” including Jerusalem and the Temple Mount, to include attacks on the American military.

Hezbollah has thus shed its disguise of being a “resistance movement” and publicly entered Iran’s war for the Middle East. Hezbollah cares, and has always cared, much more about Iran’s interests than those of Lebanon, the country it dominates.

Nasrallah’s public call to harm American soldiers will surely have implications for Lebanon and for Hezbollah. As mentioned, the British have now classified Hezbollah’s political arm as a terrorist organization. This was a long time coming, but better late than never.

In the meantime, the situation in Lebanon has worsened. Demonstrations have resumed and the people are blaming Iranian interference in their local affairs, and by association Nasrallah’s Hezbollah, for their country’s dire financial situation. The banks in Lebanon have announced they are not able to give the citizens their money, and many videos show the locals’ enraged reactions to this news.

Hezbollah’s hold over Lebanon is enforced through violence and extortion. It remains to be seen how long that modus operandi can be sustained in the event of an American response to Nasrallah’s threat. 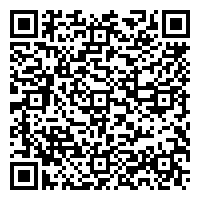