It’s hard to think of anything that has created more division among American Jewry in recent years than the numerous local controversies surrounding eruv construction. This unfortunate situation is largely the result of misinformation about what the eruv represents, coupled with an unfortunate animus on the part of some non-Orthodox Jews toward their Orthodox brethren.

By taking a closer look at the situation, however, we see that much of the anger and hard feelings could easily be averted.


First, we take note of a recent article by Rabbi Levi Cooper of the Pardes Institute, “Establishing the Eruv, Establishing Unity,” which details the origins of the eruv, going back to the times of King Solomon.

“The Talmud relates that King Solomon was responsible for two rabbinic institutions: Washing hands before eating bread and the eruv (Shabbat 14b)…. The most visible requirement [for an eruv] is the need for a fence to surround the area. The string between poles that encircles many Jewish communities is exactly that – a virtual fence constructed of a series of doorways.

“Another, less well-known requirement is a common kitchen. In cases of an eruv for a small number of families, each person would contribute some food to create the common kitchen. In a larger community where this is impractical, the common kitchen is set up in a different manner: community leaders legally acquire foodstuffs – generally matzot because of their shelf life – on behalf of all the community inhabitants. The joint ownership – even if people are not aware of it – affects a communal kitchen.”

“King Solomon demonstrated that the Jewish people has the power to join forces and be unified through a small amount of food contributed by each person or acquired on behalf of each person. This meager, seemingly insignificant contribution suffices to draw a common bond between the people and change the status of a semi-public domain.”

This past summer saw some legal rulings in Westhampton Beach, Long Island, that in effect allowed for the construction of lechies (strips used to represent doorposts) and the erection of an eruv for that community. The opposition to the effort was motivated in part by a group calling itself Jews Against the Eruv.

What that group failed to recognize is that the eruv is not a religious requirement exclusive to Orthodox Jews. Conservative Judaism in fact mandates an eruv for all its adherents. (One can only hope the Conservative rabbinate on Long Island will start taking a more proactive stance on this matter.)

A couple of years ago the Rabbinical Assembly, the international association of Conservative rabbis, published The Observant Life, edited by Rabbi Martin Cohen, which runs nearly a thousand pages and details in exceptionally clear language the practical application of Jewish law to everyday life.

In a chapter dealing with the eruv titled “Carrying on Shabbat” we read the following:

“One of the rabbinic categories of m’lakha is carrying objects from one domain to another. The rabbis of the Talmud understood the verse ‘Let no one leave one’s place on the seventh day’ (Exodus 16:29) to refer to the act of taking an object and moving it from one domain to another…. Observant Jews do not carry anything from one domain or area to another on Shabbat…. Not carrying any burden at all from one area to another can actually be quite burdensome on Shabbat. A parent, for instance, may find it far less burdensome to push a child in a stroller than to walk very slowly with that same child the half mile between home and synagogue. The rabbis acknowledged this difficulty and created a means of carrying from one place to another through the creation of an eruv, a symbolic mixing of domains or areas. 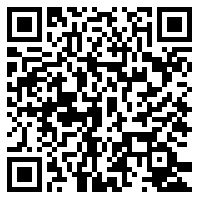