Contemporary anti-Semitism has been described as the perfect storm: coming from the left, the right and from Islamists in the Middle East and beyond.

In our own country, who would have thought that those attending Shabbat services would be targets of shooters intoxicated with anti-Semitism, much of it via the Internet?

Only a few short years ago, many viewed the Boycott, Divestment and Sanctions movement as being confined to college campuses, only to see the spread of that movement to the Women’s March, to LGBTQ marches, and to such places as the United Nations Human Rights Council and to the Irish Senate.

And who would have predicted that in the House of Representatives, we’d hear charges of dual loyalty and Jewish money buying elections and political favors? Think about it: The worst thing you can say to an American Jew is that after 350-plus years on these shores, and after the many contributions we have made to the building of this country, and after the sacrifice of so many who have served to defend it, we are not loyal to our country.

Abroad, Arabic-language media outlets and social media are a repository of anti-Semitic cartoons, articles and opinion columns that portray Jews and Israelis as evil monsters. Cartoons incorporating grotesque Jewish stereotypes reminiscent of the Nazi-era propaganda of Der Sturmer appear not only throughout the Arab and Muslim world, but also in much of Europe. Many absorb anti-Jewish images and polemics as well as the inflammatory, one-sided anti-Israel narrative offered by both the print press and Arabic-language satellite TV stations and websites.

Iran has hosted Holocaust cartoon competitions, reflecting the Iranian regime’s attempts to expand its promotion of anti-Semitism beyond the borders of its nation. For more than 35 years the Iranian regime has been trying to delegitimize Israel through both soft and hard power. Iran spreads its anti-Semitic and anti-Israel narrative through schools, social media, television and non-stop political rhetoric. Its polemics have attracted an audience in the Middle East, as well as in the West.

In recent years we have looked at an alarming spike in anti-Semitism in Western Europe, but we now see in Central and Eastern Europe a dramatic rise in ultra-nationalist parties and movements, some of which engage in Holocaust denial or minimization, or in the veneration of those who collaborated with Nazi Germany.

B’nai B’rith is an advisory board member of the European Parliament’s anti-Semitism working group and works closely with the E.U. Council, Justice Commissioner Vera Jourova and her Fundamental Rights unit. We also appreciate the cooperation of E.U. anti-Semitism coordinator Katharina von Schnurbein and her office.

Through our representation in 24 European countries, B’nai B’rith strongly emphasizes transforming policy into action with the aim of protecting and nourishing Jewish life and culture throughout Europe and the world.

To give you a few examples, B’nai B’rith Barcelona launched an educational program in cooperation with the city municipality and Yad Vashem to teach the Holocaust in schools. The program will, after its continued success over the past six years, soon expand on a national level.

In Antwerp, Belgium, B’nai B’rith is part of a joint initiative that organizes the annual Shalom Festival to celebrate peace, tolerance and coexistence.

In Romania, where B’nai B’rith has a rich history and robust relationships, we have organized for the past five consecutive years a series of conferences and events called “Bridges of Tolerance,” which highlights the rich Jewish contribution to Romanian culture, the arts and science.

But educational programs alone are not enough. Parallel efforts need to be undertaken in the spheres of law enforcement, the judicial system, and in the daily work of governments and organizations. How should we proceed?

Nearly 20 years into the struggle against contemporary anti-Semitism, a “hotwash” of sorts is order, as we review what has worked, what hasn’t, and what remains to be done.

That more than three centuries after Jews arrived on these shores we are still confronted with the dual loyalty charge, and that nearly 75 years after the Holocaust we are seeing a dramatic rise in anti-Semitism in the continent that witnessed the greatest tragedy to befall our people, clearly demonstrates how important it is that we substantially increase our efforts to beat back the virus of hatred in the 21st century. 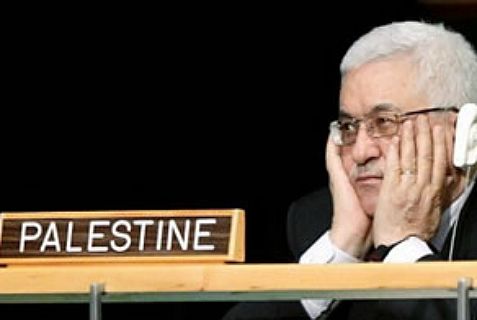