The Palestinian Authority (PA) in the West Bank and Hamas in the Gaza Strip may be at war with each other, but the two rival parties seem to be in agreement over one issue: silencing and intimidating their critics. Of course, this does not come as a surprise to those who are familiar with the undemocratic nature of the PA and Hamas.

This, of course, is not what the majority of Palestinians were expecting from their leaders. After the signing of the Oslo Accords and the establishment of the PA more than 20 years ago, Palestinians were hoping to see democracy and freedom of speech. However, the PA, first under Yasser Arafat and later under Mahmoud Abbas, has proven to be not much different than most of the Arab dictatorships, where democracy and freedom of expression and the media are non-existent.

If Palestinians had in the past to deal with only one regime (the PA) that does not honor freedom of expression, in the last 10 years they have fallen victim to another repressive government (Hamas) that rules the Gaza Strip with an iron fist and suppresses any form of freedom of expression and targets anyone who dares to speak out.

The Palestinians in PA’s West Bank-controlled territories and Hamas’s Gaza Strip can only look at their neighbors in Israel and envy them for the democracy, free media and rule of law. Hardly a day passes without the Palestinians being reminded by both the PA and Hamas that they are still far from achieving their dream of enjoying democracy and freedom of expression. A free media is something that Palestinians can only continue to dream about.

The Palestinian media in the West Bank serves as a mouthpiece for the PA and its leaders. Even privately-owned television and radio stations in the West Bank have long learned that they must toe the line or face punitive measures and feel the heavy hand of the PA security forces. This is why Palestinian media outlets and journalists in the West Bank refrain from reporting about any story that may reflect negatively on Abbas or any of his cronies. In the world of the media, it is called self-censorship.

In the Gaza Strip, the situation is not any better. In fact, it is hard to talk about the existence of a media under Hamas. Hamas and its security forces maintain a tight grip on local media outlets and journalists are subjected to tight restrictions. Criticism of Hamas is almost unheard of and could land those responsible in prison.

In the absence of a free and independent media in the West Bank and Gaza Strip, some writers, journalists and political activists have resorted to social media to air their views and share their grievances with their fellow Palestinians and the outside world. But the PA and Hamas have discovered the power of Facebook and Twitter, and have taken the battle against their critics to these two platforms.

Posting critical or controversial postings on social media is considered a serious offense under the PA and Hamas. The leaders of the PA and Hamas accuse those who dare to criticize them on Facebook of “extending their tongues” and “insulting” representatives of the Palestinians.

In the past few years, dozens of Palestinian journalists, bloggers, academics and political activists have been imprisoned or summoned for interrogation by the PA and Hamas over their Facebook postings. International human rights organizations and advocates of free speech and media around the world prefer to look the other way in the face of these human rights violations by the PA and Hamas. Moreover, “pro-Palestinian” groups and individuals in the West do not seem to care about the sad state of affairs of the Palestinians under the PA and Hamas. The only “wrongdoing” and “evil” they see is on the Israeli side. By ignoring the plight of the suppressed Palestinians, these “pro-Palestinian” activists and groups are actually aiding the PA and Hamas in their efforts to silence the voices of dissent and criticism.

The absence of international criticism allows the PA and Hamas to continue their policy of silencing and intimidating Palestinians who dare to speak out against the lack of freedom of expression and democracy in the West Bank and Gaza Strip.

Abu Sharekh, a prominent writer, was arrested shortly after he posted a comment on Facebook criticizing senior Hamas official Salah Bardaweel. “You are ruling the Gaza Strip with an iron fist and fire,” Abu Sharekh wrote. “The state of oppression (in the Gaza Strip) is intolerable. You (Hamas) have taken the Gaza Strip back to the Middle Ages.”

Abu Sharekh’s criticism came in response to the electricity crisis in the Gaza Strip. Thousands of families in the Gaza Strip spend most of the day without electricity as a result of the power struggle between Hamas and the Palestinian Authority. Last month, the PA announced that it would stop paying Israel for the fuel supplied to the power plants in the Gaza Strip. The PA’s move is designed to punish Hamas. But Abu Sharekh and other Palestinians in the Gaza Strip hold Hamas responsible for the crisis. They argue that Hamas’ corruption, specifically the embezzlement of Qatari funds intended to purchase fuel for the power plants, is the main reason behind the crisis. Abu Sharekh, in his Facebook comment, pointed out that Hamas leaders have installed private generators that supply their homes with electricity even during the power outages.

In an unprecedented and bold move, Abu Sharekh’s clan issued a statement condemning Hamas for arresting their son for expressing his opinion:

“We hold Hamas fully responsible for the safety and health of our son and call for an end to the persecution of him and his likes… We reject and condemn any action that constitutes an assault on the right of our sons to express their political views, notwithstanding the excuses.”

Another Palestinian journalist from the Gaza Strip who has fallen victim to Hamas’s crackdown on freedom of expression is Fuad Jaradeh, a correspondent with Palestine TV. Hamas security officers arrested Jaradeh after raiding his home in the Tel al-Hawa suburb of Gaza City and confiscating his laptop and mobile phone. His family says he was arrested only because of his critical postings on Facebook against Hamas.

What is funny and sad is that the Palestinian Authority, which has been criticizing Hamas’s crackdown on freedom of expression in the Gaza Strip, has long been resorting to similar measures against its critics in the West Bank.

The latest victim of the PA’s suppression of public freedoms is Nassar Jaradat, a 23-year-old political activist who was arrested earlier this week for criticizing senior Palestinian official Jibril Rajoub. PA security forces arrested Jaradat after he posted a comment on Facebook in which he criticized Rajoub for acknowledging Jews’ right to the Western Wall in Jerusalem. A PA court has since ordered Jaradat, an engineering student, remanded into custody for 15 days on charges of “insulting” a top Palestinian official.

Last year, the PA demonstrated that it does not hesitate to arrest even one of its own if he dares to criticize Palestinian leaders. Osama Mansour, a senior PA security official, was arrested and later fired because he criticized Mahmoud Abbas for attending the funeral of former Israeli President Shimon Peres.

Such arrests have become commonplace under the PA in the West Bank. Almost every week, Palestinians hear of another journalist or blogger or activist who has been arrested or summoned for interrogation by the PA security forces for nothing more than posting remarks critical of the government on social media.

Palestinians were hoping to achieve an independent state of their own. In the end, however, they got two separate states — one in the West Bank and the second in the Gaza Strip — as a result of the power struggle between the Palestinian Authority and Hamas. But the real tragedy for the Palestinians is that neither the PA nor Hamas values human rights or public freedoms. The real tragedy of the Palestinians over the past few decades has been failed leadership — whether it is the secular PLO or the Islamist Hamas.

Given the current state of the Palestinians, it is hard to see how they could ever make any progress towards establishing a successful state with law and order and respect for public freedoms and democracy. 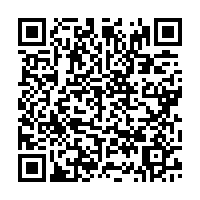