Now the pain intensifies. On the Seventeenth of Tammuz the Temple walls were breached and the unthinkable began to unfold in the Holy City of Jerusalem. This was the countdown to the unbearable events of Tisha B’Av.

But how much longer can we go on? After two thousand years of the world’s foot grinding us into the dirt, just how much strength is left? How much hope? How much stamina?

“Behold, it is a nation that will dwell in solitude and not be reckoned among the nations” (Numbers 23:9). So said Balaam.

It is hard these days to avoid reality. Some of us try very hard to pretend everything is normal, but it’s becoming increasingly difficult. June, for example, used to be a month when everyone relaxed. School is out, and it’s time for fun. The lazy days of summer are upon us, a time for casting away cares and responsibility.

Where I live, the first three weeks of June were almost solid rain. With temperatures like April, we hardly saw the sun. What happened to our fun? Our beach parties?

God is telling us it is not business as usual. The world is changing.

“A nation that will dwell in solitude and not be reckoned among the nations.”

Is this a curse or a blessing?

Try as we may, we will never be accepted among the nations. The ghetto walls may have been torn down, but there will always be a ghetto surrounding every Jew. Some may call it a curse, but I would call it the Clouds of Glory, which surrounded us in the biblical desert and continue to surround us now. No other nation has been surrounded by God’s loving protection.

Please, let us try to understand the implications of these words. Not only are we unlike the other nations, we should not even try to be like the other nations. We are the link between the nations and God; we are the priests of the world. Because we are so close to God, He promises to save us at the time of the Final Redemption. But in order to be saved, we have to live up to our nature, our essence.

The very essence of our being was revealed at Mount Sinai. At that moment we were “ish echad, b’lev echad” – like one man with one heart.”

When we were in that state of unity, we were able to receive the Torah, because it was given to all of Israel as a nation, not as individuals. When we began to splinter and fight among each other, we began to lose the Torah and drift away from our Father in Heaven.

Unity and Torah go together. Disunity and Exile go together. That is why the Talmud tells us the Second Temple was destroyed and our calamitous exile began as a result of sinas chinam – causeless hatred – among us.

And now God asks us to become one again, as we were at Mount Sinai. This sounds like a platitude; we have heard it before. But our lives in fact depend on it.

Even if you think you hate your fellow Jew, act as if you love him. Eventually your hatred will evaporate.

If someone says “Hello” or “Good Shabbos,” smile – even if you don’t want to. Respond, audibly and with feeling.

Greet your fellow Jew. He is your brother; she is your sister.

If you are angry, make a supreme effort to control yourself, as it says in Shemoneh Esrei, “to those who curse me, let my soul be silent, and let my soul be like dust to everyone.”

How do we know this is correct? Because God instructs us explicitly how to “bless the Children of Israel … and establish peace” (Numbers 6:22-27). How do we do it? With the well-known blessing of the Kohanim, which we say daily in our prayers and when we bless our children: “May God illuminate His countenance for you and … turn His countenance to you….” 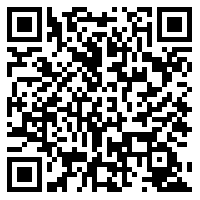