Home InDepth Op-Eds The Bukay Affair And Israel’s Prosecutorial Double Standard
Share on Facebook
Tweet on Twitter
An outrageous assault by Israeli authorities against academic freedom of speech took place in recent days in what is becoming known as the Bukay Affair. The affair combines leftist undermining of democracy, the attempt at thought control by governmental officials and the police, harassment of a university lecturer by an over-zealous prosecutor, and an attempt to create in Israel a political Inquisition against incorrect thinking.
The saga revolves around Dr. David Bukay, a lecturer in Middle East Studies at the University of Haifa, with expertise in Arab history. Bukay speaks Arabic better than I speak English. He has conservative points of view and is very outspoken about them. His articles are carried by numerous journals.
About five years ago Bukay was the victim of a smear campaign at the University of Haifa. At the time, an Arab student who was active in the university branch of the communist party sat in on one of Bukay’s lectures without being registered in the class. The student then ran to the Arabic press in Israel and claimed that in his lecture Bukay had repeatedly made derogatory comments about Arabs. The student claimed Bukay had said in class that all Arabs should be shot.
It turned out the story was planted and spread by an Israeli leftist who later issued a retraction and an apology to Bukay, admitting the entire story had been a tissue of lies. But the retraction did not help. Anti-Semitic websites, including some run by neo-Nazis, still carry the story of Bukay’s alleged racist statements against Arabs.
Once the story began to spread, it became evident that none of the other students in the classroom had heard Bukay make any of the racist statements he was alleged to have made. Many of these students claimed the Arab student had fabricated the entire story. Hundreds of Bukay’s students backed Bukay. Many wrote the Haifa University chiefs to give their side of the story.
In any case, because of the uproar, the rector at the University of Haifa, himself no right-winger (he was a founder of Peace Now), appointed a committee of investigation to look into the charges against Bukay. The committee found the charges were lies.
But in response to the media uproar, the Israel state deputy prosecutor, Shai Nitzan, decided to open a criminal investigation against Bukay for the “crime” of “incitement.” That is the catch-all anti-democratic nonsense charge that was used in a wholesale manner after the Rabin assassination to persecute, intimidate and indict numerous rabbis, public figures, and protesters.
Nitzan evidently believes that left-wing lawyers should be able to dictate the content of university lectures and the police should indict those who say things Nitzan considers to be incorrect.
For about four years the story was nearly forgotten. Until last week.
What changed? The same Shai Nitzan, still the deputy director of the Israel Prosecutor’s Office, ordered Bukay to come to the Haifa police precinct as part of the renewal of the earlier investigation into alleged criminally incorrect thinking and speaking by Bukay in his classroom.
At the Haifa police precinct, Bukay was ordered to sign a written confession that he had made anti-Arab statements in the classroom. He was ordered by police operating under Nitzan’s instructions to sign an apology for those statements, under threat of being prosecuted for “incitement” and “racism” if he did not do so. And he was ordered to promise in writing to refrain from ever again making such statements in his classroom.
Bukay refused to sign.
Maariv deputy editor Ben-Dror Yemini wrote in response to this that interrogating and prosecuting lecturers for what they say in the classroom is without precedent in Israel or any democracy. He reminded readers that Israel is filled with far left anti-Israel and anti-Semitic academics who routinely use the classroom to support terrorism against Jews, to call for Israel’s annihilation, to denounce Israel as a Nazi-like apartheid regime, and to urge law breaking.
Not a single one of the latter has ever been interrogated, let along prosecuted. Yet here we have the spectacle of a naked political persecution of someone accused of having made politically incorrect statements in his classroom – a claim he denies.
Now as it turns out, even if Bukay had made the anti-Arab statements he was falsely accused of having made, they still should have been protected speech – as are outbursts that are made in scores of Israeli university classrooms on a daily basis by Israel’s tenured radicals. Since when is it the job of the police to arrest and prosecute people who make offensive or incorrect statements?
But, alas, Israel has a long history of selective protection of freedom of speech. Countless Israeli right-wingers have been indicted and prosecuted for “racism,” “sedition,” and “incitement” – while Jewish leftists and Arab radicals never have been, even when cheering on terrorism and demanding that Israel be annihilated.
The courts have repeatedly endorsed anti-speech prosecution and litigation directed against non-leftists while protecting and defending the most outrageous hate speech of leftist traitors. In one infamous court case, an Israeli sitting judge ruled that leftist sedition is protected speech while criticism of leftist sedition is libel.

One thing is certain. Israeli democracy is under attack by Shai Nitzan, and Israeli freedom of speech and academic freedom will not be safe until he has been summarily dismissed from his position. 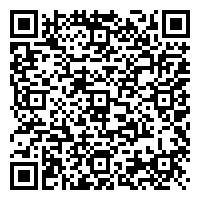