The facts are that the Muslim Waqf were allowed to retain control of the Temple Mount, this holiest of Jewish sites only because of then Chief of Staff Moshe Dayan’s desire to be magnanimous in victory after the 1967 war. Contrary to popular misconceptions, Rabbis at the time wanted Israeli control over this holy site while researching which part, according to Halacha, of this hallowed ground Jews were not allowed to go, a search the Waqf made difficult by sealing off underground areas.

In fact, this decision by Dayan changed the course of history for the Jewish people in a profound and negative way. They could have had it all but squandered this chance that presented itself on a platter. With an issue so profound, any general, as the victor and steeped in our history and heritage could have forced each and every Waqf official to identify every single area that had been sealed. Apparently the Jewish world had no such general at the time. Jews caved in then, as they do now.

Putting aside Dayan’s spectacular, heroic and brilliant military career, this thoroughly secular individual with no real concept or depth of understanding of Jewish destiny or heritage or Torah, in his stupidity is the one that allowed the Waqf to retain control of the Temple Mount after the 1967 war, a control which continues till this day. It is enough to make one weep. It doesn’t say much about the people around him at the time in the cabinet, who allowed this decision to prevail.

Below are some dates to put the Temple history in perspective:

Herod reigned from 37 BCE to 4 BCE. He is the one that enlarged and beautified the grounds of the second temple by the construction of what is now known as the “Wailing Wall” the courtyard perimeter wall surrounding the Temple Mount compound, remains of what you see in existence today in postcards.

This “wall” was apparently enough for those Israelis in power in ‘67, not the treasure that was the Temple Mount itself and what lay beneath. After all these decades, Jews who now go to the Temple Mount are not allowed by the Muslim Waqf in groups of ten or more or to even move their lips (in case they are praying). This decision all those years ago has allowed Muslims to go on excavating under the Temple Mount, destroying any remaining Jewish artifacts in order to rid the place of any trace of the first and second Temple periods and in the process, continue with the construction of an underground mosque there for future proof of claim to the land. All this happening while that insane democracy called Israel, looks the other way for fear of offending the UN, the world or whoever. A nation which in 1967 had all the cards but has since then squandered the lot with one concession after the other to a people who never existed in all of history. Had this site been retained after the 1967 victory, visiting foreign dignitaries would have been escorted to the Temple Mount, the reclaimed birthright of the Jewish people, instead of Yad Vashem, a memorial to the slaughter of 6 million of our people in the holocaust. In summary, this fateful decision by Moshe Dayan was, in my opinion, one of the defining mistakes in recent Jewish history. Now we all watch in horror as so called “Palestinians” have picnics and play soccer on these hallowed grounds. As to the “Palestinians”and their incessant claims, the facts are that in biblical times, all of what is now Israel and the “west bank” (Judea and Samaria) was Jewish. When the Romans conquered the territory they named the entire area “Philistina” in order to rub salt into the wounds of the defeated Jews by calling the place in honour of their ancient and mortal enemies the Philistines. By doing so, the Romans acknowledged that the owners of the territory were Jews. Down the centuries the name Philistina was anglicised to Palestine. 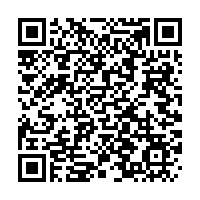