Secretary of State John Kerry is trying to force a peace plan upon Israel – the side prepared to make painful concessions – and the Palestinian Arabs. However, even before he can divulge his shimmering new “framework,” the Palestinian Arab leadership is making it clear it has no interest in genuine, peaceful co-existence and recognition of Israel as the nation state of the Jewish people.

PA President Abbas recently issued a set of maximalist red lines for “peace” that cancels out any possibility for success, thus killing it in the womb. These PA red lines include:

b) No recognition of Israel as the Jewish state

c) “East” Jerusalem as the capital of a Palestinian state

e) The “right of return” – a judenrein Palestinian Arab state and millions of the descendants of 1948 Arab refugees being able to “return” to Israel, swamping it demographically, thus putting an end to the Jewish state.

But consider: actually, there has been a Palestinian Arab state in the region since 1921, located in the eastern 78 percent of the Palestine Mandate designated for a Jewish National Home: ‎Jordan. Even today, more than two-thirds of the people of Jordan are Palestinian Arabs. The offers of another Palestinian Arab state (which would be the 23rd Arab state) in the remaining western portion of the Palestine Mandate date back to the 1937 Peel Commission. That began a consistent pattern of rejected offers through to the present: 1947 UN Partition Plan, 1967 at Khartoum, 2000 at Camp David, 2001 at Taba, the 2008 Olmert Plan. The current Kerry-led negotiations also appear to be heading in that direction. Yet the Palestinian Arabs still adamantly reject the “two state solution” of an “Arab State” and “Jewish State” referenced in the 1947 UN partition resolution.

Interestingly, there is plenty of evidence that the Arabs themselves did not consider that there was a special, separate entity called “Palestine,” which until the late 1960s was commonly associated around the world with the Jews:

a) 1919: “We consider Palestine as part of Arab Syria, as it has never been separated from it at any time. We are connected with it by national, religious, linguistic, natural, economic and geographical bonds.” (First Congress of Muslim-Christian Associations, February 1919).

b) 1937: Local Arab leader, Auni Bey Abdul-Hadi, told the Peel Commission, which ultimately suggested the partition of Palestine: “There is no such country as Palestine! ‘Palestine’ is a term the Zionists invented! There is no Palestine in the Bible. Our country was for centuries part of Syria.”

c) 1947: The representative of the Arab Higher Committee to the United Nations submitted a statement to the General Assembly in May 1947 that said, “Palestine was part of the Province of Syria,” and that, “politically, the Arabs of Palestine were not independent in the sense of forming a separate political entity.”

e) 1970: “Palestine is Jordan and Jordan is Palestine; there is only one land, with one history and one and the same fate,” Prince Hassan of the Jordanian National Assembly, February 2, 1970.

h) 1981: “The truth is that Jordan is Palestine and Palestine is Jordan.” – King Hussein of Jordan

i) 1993: Arafat declared that, “The question of borders doesn’t interest us… From the Arab standpoint, we mustn’t talk about borders. Palestine is nothing but a drop in an enormous ocean. Our nation is the Arabic nation that stretches from the Atlantic Ocean to the Red Sea and beyond it…The P.L.O. is fighting Israel in the name of Pan-Arabism. What you call “Jordan” is nothing more than Palestine.”

What do the Palestinian Arabs really want? Just listen to what they persistently say and read the charters of the Palestinian Authority, PLO, Fatah and Hamas: the eradication of ‎Israel through armed struggle, replacing the Jewish state with a Palestinian Arab state. In the case of Hamas, it is genocidal. It really is no wonder they say “no” to a state if it also means that they have to recognize the tiny Jewish state alongside it. There are already 22 Arab states with a population of 400 million and land mass 625 times that of Israel, versus 6.2 million Jews in a sliver of land the size of New Jersey.

And what will their state be like: ‎Gaza, which has become a terrorist launching pad for tens of thousands of rockets and missiles into Israel since Israel left and uprooted 8,000 citizens from their homes in 2005. It is a failed entity ruled by the corrupt, genocidal, terrorist entity Hamas, which steadfastly refuses to recognize Israel. A Palestinian Arab state in the West Bank/Judea-Samaria, the cradle of Jewish civilization, on the high ground overlooking the heart of Israel’s population centers from Jerusalem to Tel Aviv, will only pose a more lethal danger to the safety and security of Israel. And the Jewish claim does not rest just on security, but on a continuous three-millennia presence in the land.

The pathology of the Palestinian Arab movement, which is actually a part of the larger Arab war on Israel, is violent rejection. It is partly fueled by Islamic beliefs that any Jewish presence on the land is a crime against the Islamic “natural order of things,” the crime of a ‎dhimmi people, the Jews, having sovereignty in their midst.

Yet Westerners fantasize and delude themselves that the Palestinian Arabs actually want to live in peace alongside ‎Israel and only makes things worse, and lead the PA to believe that it can maintain a culture of victimhood and pay no price for its extremist, uncompromising beliefs. Israel ‎‎has no reliable “peace partner” in the Western sense, no matter how the mainstream media, EU, diplomats, and elites want to spin it. These apologists will always somehow find a way to rationalize and justify the Palestinian Arabs’ predictable resort to violence and in turn seek to delegitimize Israel for not making further concessions – regardless whether it puts the Jewish State in deadly danger. The diplomatic process is not working. There must be far more onus on the PA to make true peace and prepare its own people for it. If and when Palestinian Arabs are ready, willing and able to say “yes,” Israel will be there – but not any sooner. 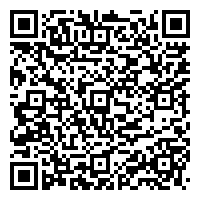