“Antiracism is no longer the defense of the equal dignity of people, but an ideology, a vision of the world,” said the French philosopher Alain Finkielkraut, son of Holocaust survivors.

“Antiracism has been transformed… At the time of the great migration, it is no longer a question of welcoming newcomers by integrating them into European civilization, but exposing the faults of this civilization”.


He referred to “self-racism” as “the most dismaying and grotesque pathology of our time”.

Its capital is London.

“Topple the racists” consists of a map with 60 statues in 30 British cities. The removal of the statues is being requested to support a movement born in the United States after a white policeman, Derek Chauvin, killed a black man, George Floyd, by kneeling on his neck.

In Bristol, a crowd pushed the statue of philanthropist and slave-owner Edward Colston into the harbor. The act was followed in London by protests vandalizing statues of Winston Churchill, Mahatma Gandhi and Abraham Lincoln. London’s Mayor Sadiq Khan, after removing the monument to Robert Milligan, a Scottish slave trader, from outside the Museum of London Docklands, announced the creation of commission to review tearing down statues that do not reflect “the city’s diversity”. Two more statues were ordered to be removed from two London hospitals.

Vandalism and self-hatred are quickly gaining ground. The epic of great discoveries associated with British Empire has become shameful. The protests are not about slavery. No one in the UK today would cheer that period. It is rather a call for cultural cleansing of all the works contradicting the new mantra: “diversity”.

“A new form of Taliban was born in the UK today”, wrote Nigel Farage, referring to two giant ancient Buddha statue that were blown up by the Taliban in Afghanistan in 2001. “Unless we get moral leadership quickly our cities won’t be worth living in”.

The list of statues to be removed includes the names of Oliver Cromwell and Horatio Nelson, two major figures in British history, as well as Nancy Astor, the first woman to be elected to the British Parliament and take a seat in 1919. Also on the list were the names of Sir Francis Drake, Christopher Columbus and Charles Gray (the prime minister whose government supervised the abolition of slavery in 1833).

“We cannot now try to edit or censor our past. We cannot pretend to have a different history. The statues in our cities and towns were put up by previous generations. They had different perspectives, different understandings of right and wrong. But those statues teach us about our past, with all its faults. To tear them down would be to lie about our history, and impoverish the education of generations to come.”

British post-colonial guilt is, however, having repercussions far larger than statues. There is, for instance, still total silence about persecuted Christians, according to a UK bishop leading a government review into their suffering. There is also, notably, a retreat from the world’s stage. “When the West loses confidence in itself, because of excessive or misplaced guilt over colonialism, it turns to isolationism”, noted Bruce Gilley, a professor of political science. “We are afraid that anything we do is colonial. There’s plenty of countries willing to step into that global governance gap: China, Iran, Russia, Turkey”.

Post-colonial guilt is also suffocating freedom of speech in the UK. The former British “equality watchdog” chief, Trevor Phillips, was suspended from the Labour Party after allegations of “Islamophobia”. Phillips’ guilt? Being critical of multiculturalism. According to Phillips:

“In my view, squeamishness about addressing diversity and its discontents risks allowing our country to sleepwalk to a catastrophe that will set community against community, endorse sexist aggression, suppress freedom of expression, reverse hard-won civil liberties, and undermine the liberal democracy that has served this country so well for so long.”

Phillips also claimed that British politicians and journalists are “terrified” of discussing race, thereby leaving multiculturalism to become a “racket” exploited by some to entrench segregation. A man of Guyanese origin, a Labour Party veteran and an equality commissioner spoke the truth to the multiculturalists.

The activists who campaign to remove the statues want radically to change the look of the British capital. The clash seems to consist of, on one side, violent censors who bully everyone, and on the other side, cowardly, appeasing politicians, who are afraid and bow to the vandals. Monuments are a vital and visible part of a global city; they embody their place in the history of a city, otherwise only bus stops and Burger Kings would remain there. These protestors appear to wish for a revised, sanitized history. If we do not quickly understand that, if we erase our past, as the former Soviet Union tried to do, it will be easier for people to create their vision of our future with no rudder to anchor us or our values. We will be left with nothing in our hands but shattered pieces of our history and culture.

This movement of hating the West — which has, as all of us do, an imperfect history — seems to have begun in British universities. In Cambridge, professors of literature asked to replace white authors with representatives from minorities to “decolonize” the curriculum. The student union of London’s prestigious School of Oriental and African Studies (SOAS) asked to remove Plato, Kant, Descartes, Hegel and others from the curriculum, because they were “all white” — as if the color of our skin should be the sole determinant of our thoughts. In Manchester, students painted over a mural based on Kipling’s poem “If”.

A scholar of colonialism, Nigel Biggar, said that a “climate of fear” has returned to British universities. The University of Liverpool recently agreed to rename a building honoring former prime minister William Gladstone. At Oxford, meanwhile, the statue of Cecil Rhodes, philanthropist and founder of Rhodesia (now Zimbabwe), risks being the next to go.

“There is a bit of hypocrisy,” Lord Patten, the chancellor of Oxford, commented, “in Oxford taking money for 100 scholars a year, about a fifth of them from Africa, to come to Oxford, and then saying we want to throw the Rhodes statue… in the Thames”. He said that his own view remained the same as one “expressed by Nelson Mandela at a celebration of the Rhodes Trust in 2003”: that despite the “problems associated with Cecil Rhodes in history, if it was alright for Mandela, then I have to say it’s pretty well alright for me”. But not for the revisionists.

Western history is seemingly being remade to portray all of Western civilization as just one big apartheid. It is as if we should not only pull down statues but also pull down ourselves. But a successful democracy, cannot be built on just erasing the past.

The statue in London of Churchill — who stood against the Nazis during the Second World War and saved Europe from barbarism — was covered up by the city authorities during recent protests. Its visual erasure reminds one of the nude statues in Rome covered up by authorities to please Iranian President Hassan Rouhani, or the “disappearance” of portraits in the former Soviet Union, of people whom the Politburo decided had fallen out of favor. There is a falsity in erasing one’s history. One may not have a perfect history, but it is one’s history, nevertheless. As the historian Victor Davis Hanson wrote, a country “does not have to be perfect to be good.” Excising the distasteful parts does not change what happened; they may even be replaced with parts that are more distasteful.

Some London museums already adopted this covering-up and self-censorship a while ago. The Tate Gallery in London banned a work by John Latham that displayed a Koran embedded in glass. The Victoria and Albert Museum showed, then withdrew, a devotional art image of Muhammad. The Saatchi Gallery featured two works of nudes overlaid with Arabic script, which prompted complaints from Muslim visitors; the museum covered the works. The Whitechapel Art Gallery purged an exhibit containing nude dolls.

The Merriam-Webster dictionary just revised the definition of “racism” to include “systemic racism”, presumably meaning that the entire society is guilty and unjust.

The censors seem to want to control our mental universe, as in George Orwell’s novel, 1984:

“Every record has been destroyed or falsified, every book rewritten, every picture has been repainted, every statue and street building has been renamed, every date has been altered. And the process is continuing day by day and minute by minute. History has stopped. Nothing exists except an endless present in which the Party is always right”.

This process of Western self-abasement began long ago. The Labour Party councils in the UK, for example, began to examine all the statues under their jurisdiction. The mayor of Bristol, Marvin Rees, instead of defending the rule of law, called the violent removal of the statue of Colston an act of “historical poetry“. When vandals started to destroy statues, many applauded. British Prime Minister Boris Johnson called it “politically correct iconoclasm“.

A week before the statues row, people in the UK knelt in the name of George Floyd. It was as if there was a collective claim that Western society as a whole had to repent. It seemed a form of ideological hysteria, not so distant from that of the Inquisition or the Salem Witch Trials: those who knelt were presumably supposed appear as if they were more moral, on the “right side” of justice. There were even British policemen kneeling, as, in the US, Speaker of the House of Representatives Nancy Pelosi and other Democrats knelt to their overlords. Both were acts of irresponsibility and capitulation. A few days later, the British establishment kowtowed to the new Taliban.

What is this macabre ideological game aimed at accomplishing? Not taking down monuments as such, like the statues of Christopher Columbus which have been torn down or beheaded. It is more than that. It is a power-grab to create a cultural revolution, to prevent anyone from saying that cultures are not all the same; to put Europe’s past on trial; to instill perennial remorse into consciences, and to spread intellectual terror to advance multiculturalism.

How many people will refuse to go along with this coerced suppression of history? If many kneel to this new totalitarianism, who will have the courage to stand up for Western history and culture? 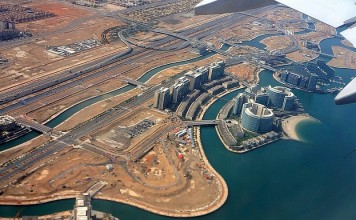 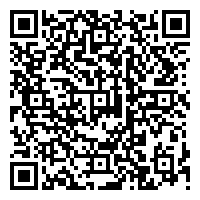