Question: If a person passes away on Yom Tov, do we bury him on Yom Tov or wait until after Yom Tov?

This matter is discussed in the Gemara (Beitzah 6a), where we find the following statement of Rava, “If a person dies on the first day of Yom Tov, gentiles are secured to bury him. However, if the death occurred on the second day of Yom Tov, a Jew may bury him.”

Rava maintains that the Sages permitted a Jew to perform specific labors due to k’vod ha’met. However, they only did so for the second day of Yom Tov, which is only observed in the Diaspora due to a rabbinical decree. On the first day, their leniency extends only to securing a gentile for the task. (On the second day, even if a gentile may be secured, the burial should be performed by Jews because it is more dignified for a Jew to be buried by one of his own people.)

The Gemara cites a dispute between Mar Zutra and Rav Ashi on how to understand Rava’s statement that a Jew may bury a deceased on the second day of Yom Tov. Mar Zutra maintains that it only applies to a deceased lying for some time which may decay if we don’t bury it. Rav Ashi says the leniency has nothing to do with the body decaying. Rather: “According to our sages, the second day of Yom Tov is treated as an ordinary weekday with respect to burial, and it is even permitted to perform melachot that are not essential to the actual burial but merely enhance the process.”

The Rambam (Hilchot Yom Tov 1:23) rules according to Rav Ashi’s interpretation. The Mechaber (Orach Chayim 496:2) writes, “There is no difference between the first day and the second except in regards to [burying the] dead and painting the eye [lids]” (for cosmetic or medicinal purposes).

Yet, some contemporary poskim do not permit burying someone on the second day of Yom Tov. Some believe this case to be one of “halacha v’ein morin kein” – that while it may be strictly permitted, in practice we opt for stringency (especially since we possess refrigeration nowadays). 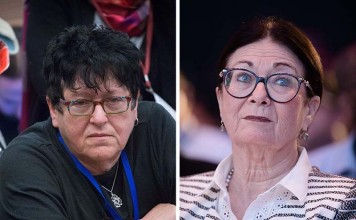